Bill Truax and Mark James never expected people to watch their posts online. One video from June has already been viewed 1.1 million times 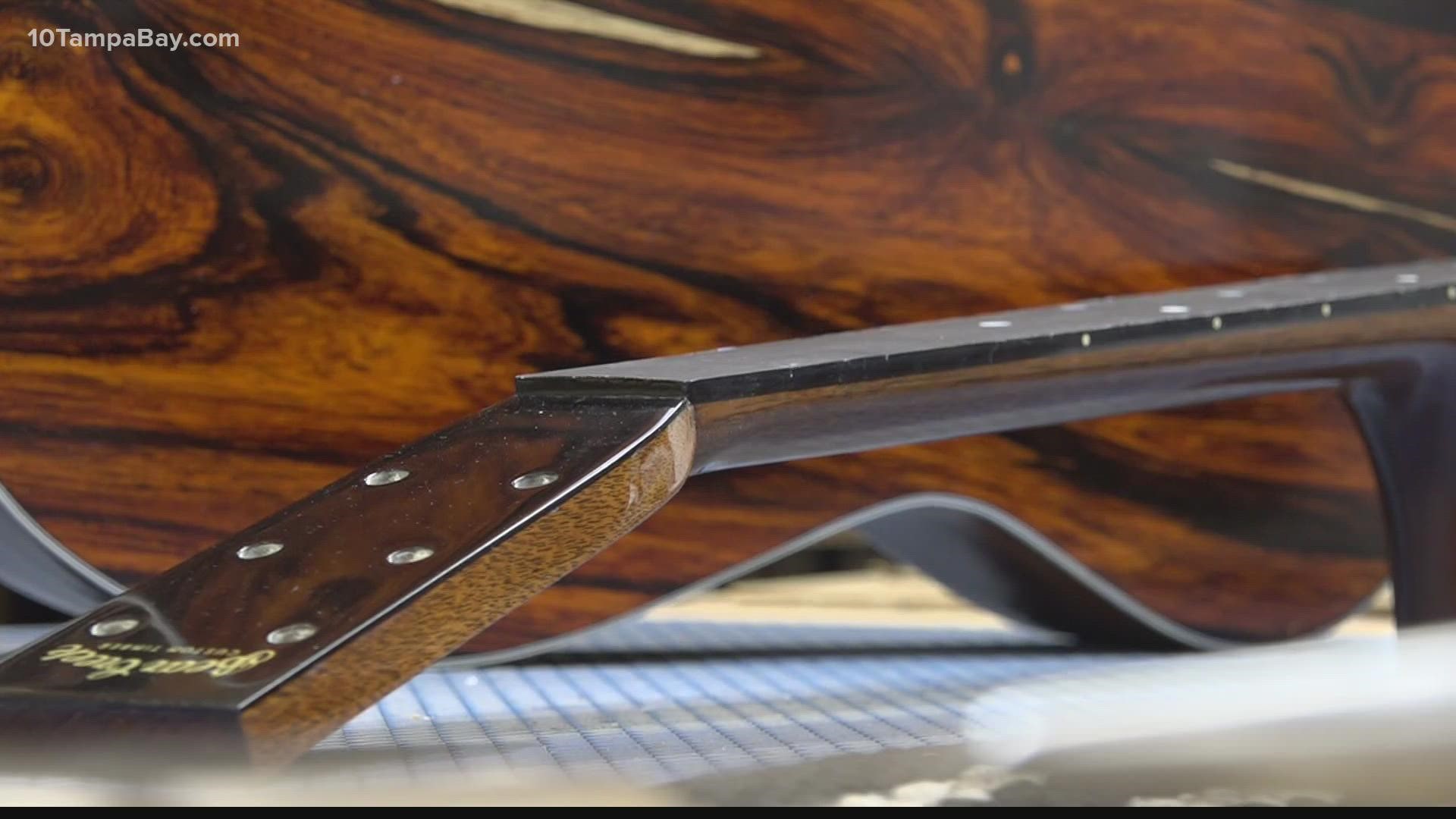 ST. PETERSBURG, Fla. — Bill Truax never thought so many people would see his hands at work.

“I’m going to insure them,” he joked, holding out his fingers.

Truax and his friend Mark James have been building instruments together for years. They got together at James’ workshop a few weeks ago to sand the neck of a beautiful guitar. Truax started shaping the wood. James recorded it on his phone before posting it to social media.

The duo’s handiwork has since been seen by millions of people on TikTok.

“In the beginning, I couldn’t see any socially redeeming value in it,” James said of the social media company. “We only in the last couple of months got involved with TikTok and, to be honest with you, we don’t really completely understand TikTok, but it works, obviously.”

Their video, after just 78 days, topped one million views. It surprised both craftsmen since the video was a seemingly subtle shot of the sanding process. It is something that is done on every custom build.

Yet, this time, it was seen by millions. The big winner was James’ small business.

“I spend a lot of time on social media because the business kind of requires it,” James said. “You never know what triggers people.”

Truax has been making guitars since the 1990s and the duo eventually teamed up to make banjos together. They even made one from salvaged pine boards from the old Belleview Biltmore Hotel in Clearwater. They then began crafting hand-made guitars from wood found mostly in Pinellas County.

“We’ve been doing it ever since,” said James, who guesses they have made around 20 guitars.

One of their instruments just recently sold for $2,800. Each takes hundreds of hours to complete, not including gluing and drying time.

Now, the world has an inside look at how it’s done.

“It’s hard to believe. It’s almost hilarious in a way,” Truax said of their newfound TikTok success. “I just signed up because of that video.”