Graham Nix has played piano for over two decades. He decided to put a twist on his favorite instrument by turning one into a lawn fountain. 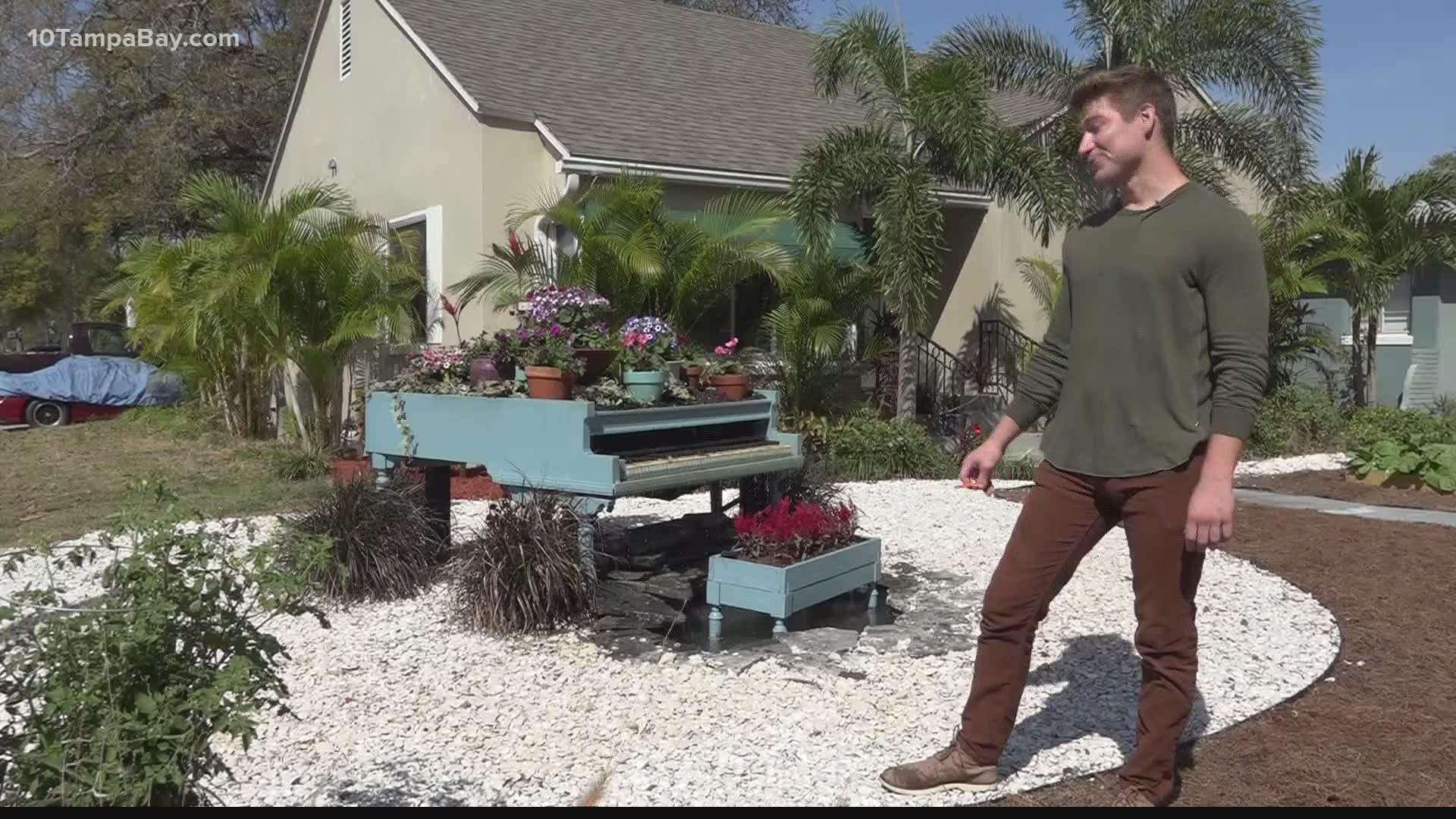 The bright blue piano, covered in flowers, doesn’t play music. It does, however, provide a relaxing trickling sound that is catching a lot of attention. Passersby crane their necks to see it as they pull up to the stop sign. Walkers stop and stare.

It seems like nobody has ever seen a piano-turned-fountain before.

“Piano has always been a passion of mine. I would turn to piano as an outlet,” said Nix, who grew up in Orlando and moved to St. Pete for college a decade ago. “I am not a carpenter. I’m a pianist.”

The idea to take the instrument of his childhood and put it out on the front lawn was one that came to Nix out of a dark period. He was feeling the weight of a pandemic on his shoulders, along with a job change and divorce.

He needed a distraction. He got it with his new lawn project.

“The beginning of the year was a lot for everyone,” said Nix, who worked on the piano fountain for two months intermittently. “I was in a pretty dark spot.”

The piano had piping behind the keys which sends a small trickle of water cascading down to a pool below the legs. Those keys are sealed with 15 gallons of epoxy. Flower petals rest under those layers of sealant. Potted plants and dirt fill the top of the piano where the lid once sat. The water creates a gentle sound as it drips.

“That’s a piano!” said a woman named Lisa, who was out on a walk Tuesday morning and stopped to admire. “That is so cool.”

Nix scoured YouTube and Pinterest for helpful tips and tricks but found that very few people have tried to create something like this. The piano brings its owner great joy. After a year of disappointing moments, being able to look out and see an instrument he loves repurposed in this creative way offers hope for better days.

“Had I known how much work it was going to be I probably wouldn’t have done it,” said Nix with a joking chuckle. “I definitely want it to be a symbol of hope. At least something pretty for people to look at.”