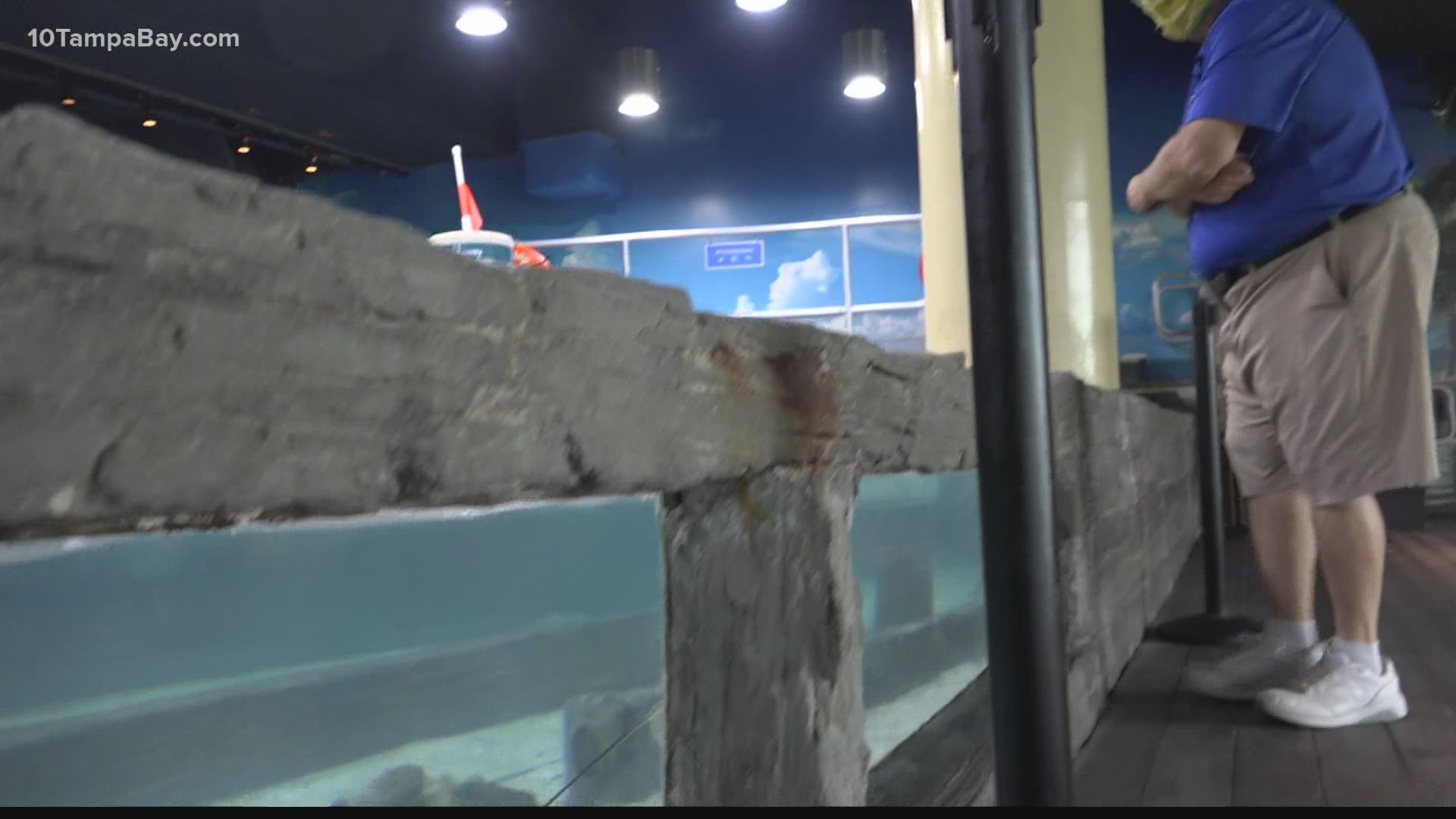 TAMPA, Fla. — The guests lined up promptly at the security table at The Florida Aquarium, eager to enter the building. Kids anxiously tapped toes. Parents double-checked their strollers. Just a few feet away, aquarium volunteer Ken Moser smiled from behind his bright yellow mask.

Moser, who began volunteering at The Florida Aquarium two years ago, spends his time rotating between exhibits during his weekly. But, in the entryway is where you’ll find some of his most colorful contributions to the aquarium.

“If you do stained glass right, you can actually tell a story,” he said, looking up at multiple round stained glass windows. “The best reaction I got was from our security guard. She’ll point them out and the guests really like it.”

Moser has been creating colorful masterpieces for display at the aquarium since February. He taught himself the skill during the pandemic and its become a major hobby of his.

“There are two in the employee break room,” said Moser. “Once the CEO saw those, he said, ‘There are some windows out there that are looking at a storage room. Let’s fix that.'”

Moser was first inspired by the Wetlands exhibit in the aquarium and decided to try to depict the animals from that habitat in glass.

“I was so impressed with the fish up there in the tank they have. They’re all distinct. They really lend themselves to stained glass,” he said. “From there, it was one thing after another.”

He says he can’t possibly pick a favorite.

“We have just over 300 active volunteers,” said Melissa Dude, the volunteer program manager at The Florida Aquarium. “Ken is very inspiring. He is really driven for our mission.”

Moser and his wife, Becky, are originally from Maryland but moved to Florida in 2017 to be closer to their daughters and grandkids. Ken has completed twenty total stained glass art pieces and six of them ended up at the aquarium. Two more are coming to the CEO’s office and another special one is in the works for Dude.

He has them on display in his home. Ken even made one of Disney’s Olaf as a gift for Becky on her birthday.

“The concept takes weeks maybe to get it in my head,” said Ken. “As far as cutting them and putting them all together, it’s really not that big of a process.”

Almost 300 people volunteer each year at The Florida Aquarium. That community service is a big reason why it is continually ranked as one of the top aquariums in the country. Ken was just named Volunteer of the Year.

Ken and Becky have been married for over four decades. They decided to donate their stimulus checks to the Florida Aquarium during the COVID-19 pandemic.