On Xander's birthday, it was his final day of chemotherapy to deal with a rare form of cancer. 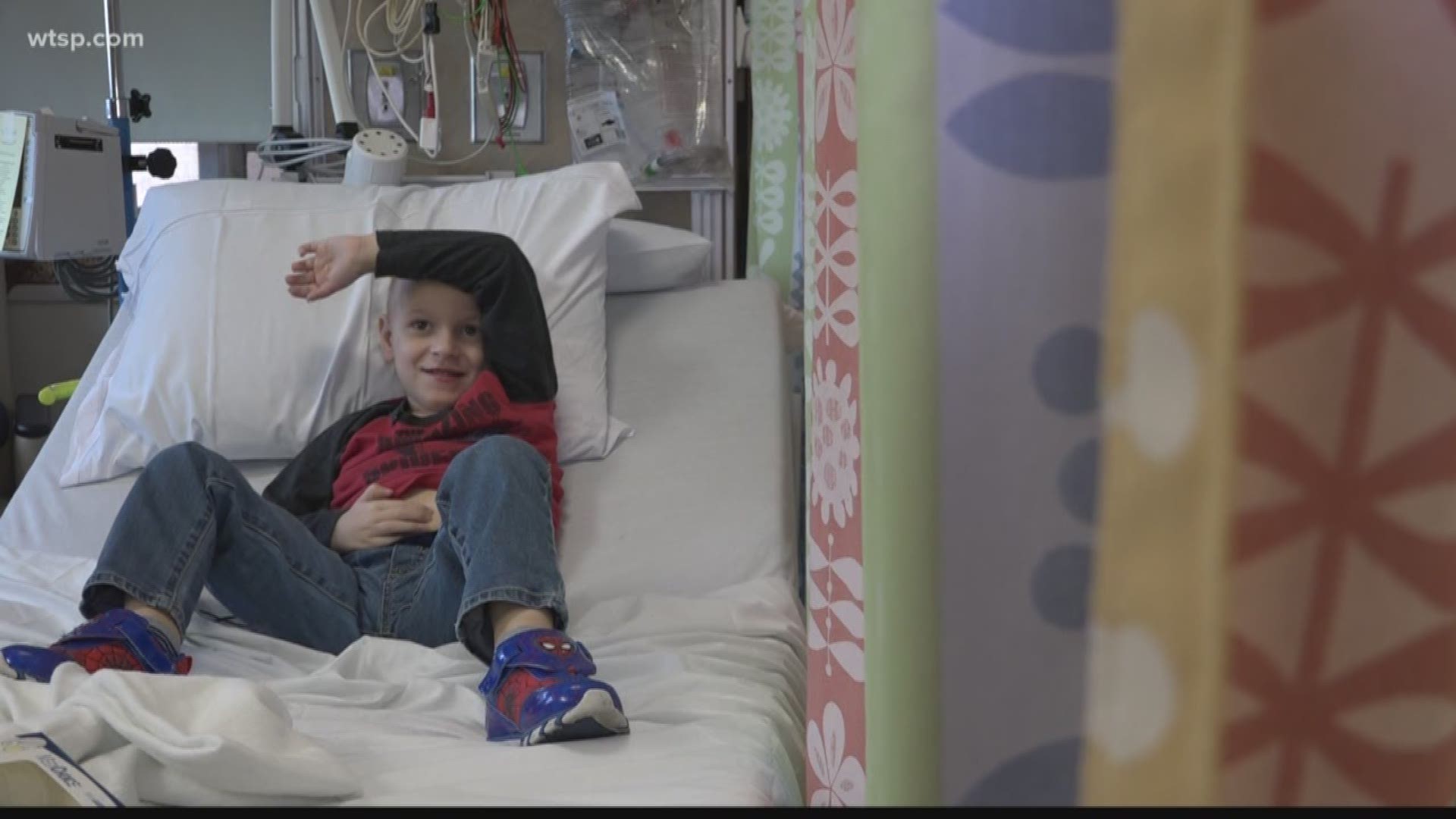 TAMPA, Fla. -- Shawn Brown remembers the day the Dark Knight visited him in the hospital.

“That one little visit from the superhero changed me,” he said. “He gave me hope.”

Brown, dressed as the superhero character Deadpool, walked the halls of Tampa General Hospital with Rick Rosen, dressed as Daredevil, Mary Ethridge, dressed as Bat Girl, C.J. Hashem, dressed as Batman, and Kevin Giordano, who donned the Spiderman outfit. They made their way to the bedside of a special little boy.

“I cannot thank them enough,” said April Golombek, Xander’s mom. “It’s all been wonderful. Especially in the times we live in, sometimes we forget how kind people can be.”

The five superheroes spent 20 minutes Tuesday at Xander’s bedside. Not only was it his sixth birthday, but it was also his final day of chemotherapy to deal with a rare form of cancer in his groin called Paratesticular Rhabdomyosarcoma.

“It’s hard to imagine it,” said Giordano. “I have a four-year-old son and to see him ever have to go through that would destroy me probably so to see somebody like that with a smile on his face and to just be able to do everything he’s doing and to be able to leave today is just and amazing thing to see and to be a part of that is even better.”

Xander, wearing his Spiderman shoes and T-shirt, smiled through fun conversation with each superhero. The kindergartner fell in love with superheroes while in the hospital. His dad, Jim, introduced him to a LEGO video game with heroes. It helped pass the time between treatments.

He never expected it would launch a passion.

“He’s definitely our hero for sure,” he said. “Just to contribute whatever they can to help is super cool.”

“If you can change daily life, make somebody smile ones per day, you’re good. You did it,” Brown said.

Xander had a birthday party after heroes left, complete with an Avengers-themed cake. He’s made friends with other kids in the hospital, especially a four-year-old boy named Dean, who is dealing with leukemia.

“They have totally different cancers,” April said. “He and Xander have had fun playing with each other during chemotherapy.”

Friends and family have held fundraisers to help pay for Xander’s medical bills.