Surgeon and teen share game of soccer after heart transplant

Wilfre Mercedes got a new heart on January 6. The teen missed soccer and got out of bed during recovery to kick the ball with the doctors who saved his life. 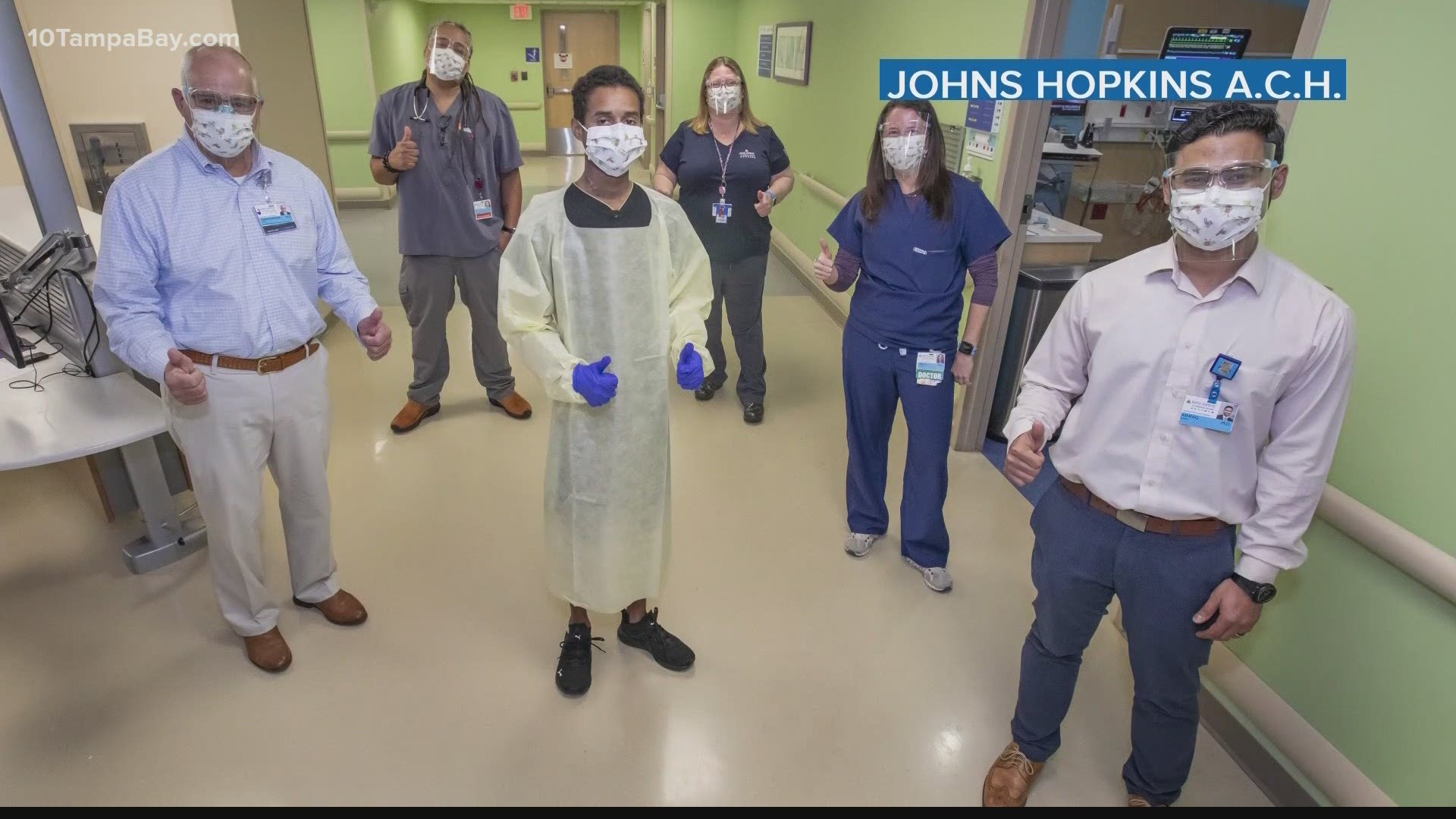 ST. PETERSBURG, Fla. — Wilfre Mercedes knew something was wrong. He woke up on December 19 to vomiting and queasiness. His father asked him if he needed to go to the hospital.

"My mom didn’t want me to go because of COVID," he said. "When we got there, my temperature was super low."

His condition was worse than his family expected. The then 14-year-old had a swollen heart. He went into cardiac arrest for two minutes.

"The seemingly healthy soccer player was suddenly put on the most aggressive form of life support called extracorporeal membrane oxygenation (ECMO)," according to Johns Hopkins All Children’s Hospital.

"There was this one time where I just sat down and I was thinking I was like am I going to die and stuff?" said the teen.

It was a dangerous few moments for Mercedes after he was admitted.

"After he was shocked, it was pretty obvious that there was something else going on," said Dr. Awais Ashfaq, a pediatric cardiac surgeon at Johns Hopkins All Children’s Hospital since November 2020. "The first step was to stabilize him."

It was determined that Mercedes needed a new heart. A match was found. He had to wait until January 6 for the transplant.

"Everything happened so fast, I was very scared," Wilfre’s mom, Maria, told Johns Hopkins All Children’s Hospital. "It felt like the world stopped — the moment was very terrible for me."

Mercedes started playing soccer at seven. The sport is his passion. It has been temporarily taken away from the midfielder who played on the Pinellas County United Tropics club team most recently.

It was one of the things he missed most while recovering. His mom brought him a soccer ball and Mercedes got to kick the ball around with his surgeon and other hospital staff just a few days after his transplant.

"We got all together and we thought it was a good gesture that we could all do it together," said Ashfaq. "I think he liked it."

Mercedes comes back weekly for checkups on his heart. Soon that will back off to once per month. Doctors hope he can ease back into soccer again in a few months and resume full activity within a year. Mercedes plans to attend Dixie Hollins High School next year and hopes to make the soccer team.

"When they get a new heart it’s like starting fresh," said Ashfaq, who was born in Dhubi, moved to Pakistan for medical school, and came to the United States for surgical training.

It’s a fresh start with a new goal: get back on the field.