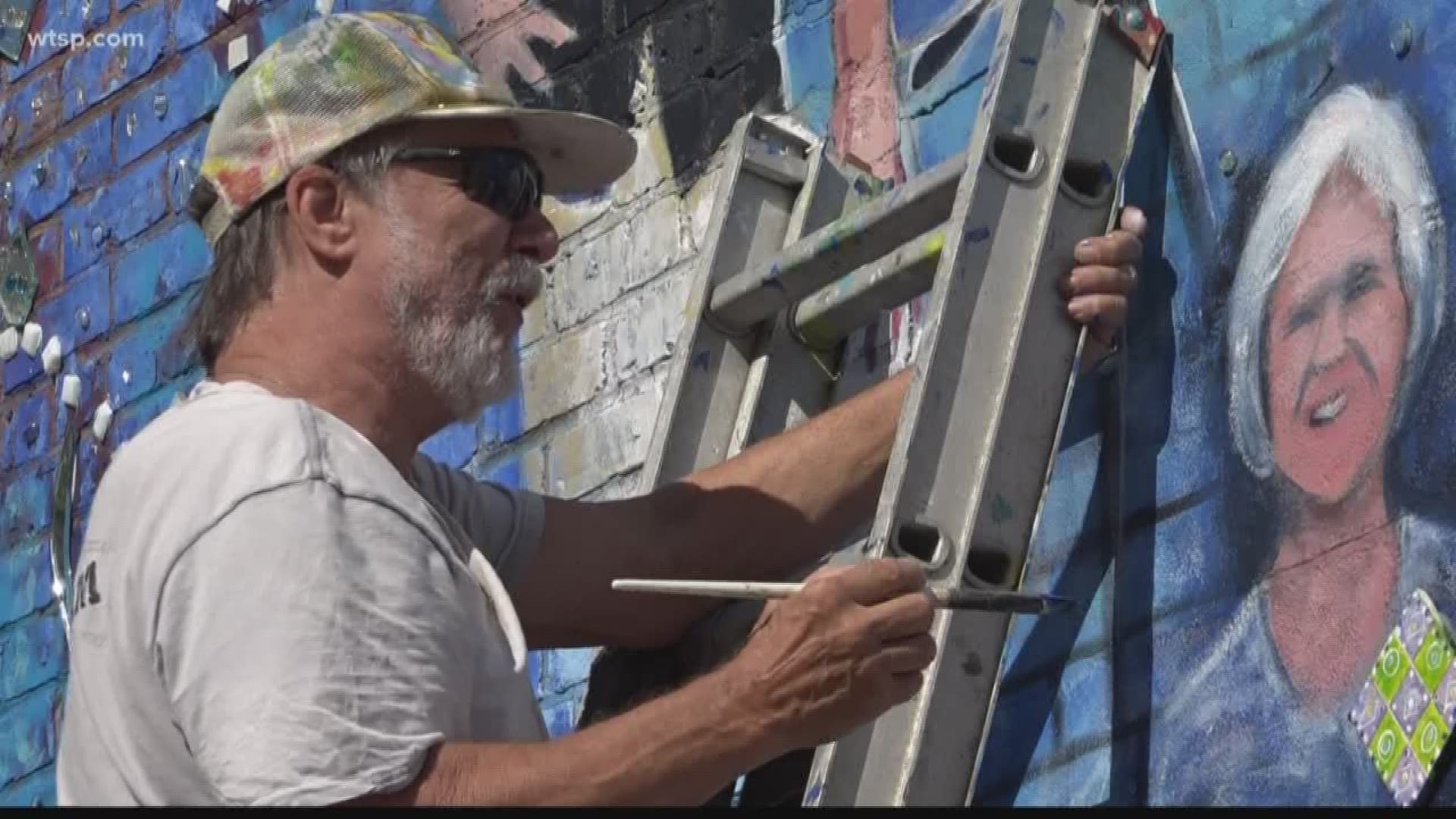 TAMPA, Fla. — Terry and Dori Klaaren drove from Buffalo to Tampa for Thanksgiving in 1972 and fell in love with Florida. The newly-married couple moved to the sunshine state shortly thereafter looking for work. For a half-century they painted together.

“Painting is my oasis. It’s my asylum. I can take any bad day and sit down and do a painting and I feel better,” said Terry, who still has the hat he wore while working on Disney-related projects in the 1970s. “I’ve had the best life you could ask for.”

That life has seen many changes this year. His dad died in May. That was expected. The loss of his wife, Dori, was not.

Dori was a “switch hitter”, as Terry puts it. She was a talented artist and musician who played guitar as well as she painted. She went in for a routine hysterectomy in December 2018 and got sepsis.

She died days later at age 66.

“They botched it,” said Terry, now almost a year removed from the loss of his life. “She went in in early December and never came home.”

Dori was the one who kept order in Terry’s art business. She managed his workload, which includes live paintings and commission work.

These days, his biggest project is roughly 20-feet tall.

“He was a recipient of our activation grant,” said Lynda Remund. She has spent two decades working with the Tampa Downtown Partnership, which aims to bring vibrancy to downtown through artwork.

“It’s great for the Channel District. It’s kind of an eclectic neighborhood and having that artwork down here and those murals is very exciting.”

Terry says the mural is a tribute to Dori. A mosaic bearing her name sits to the far left of the brightly painted mural. The mosaic, which was created by longtime friend Anita Long, was part of Dori’s celebration of life ceremony. Guests were asked to place a small bead in the art piece. It now bookends Terry’s mural.

“Everything I do for the rest of my life is going to be a memorial for my wife and this one is one of the big ones because this one, hopefully, if everything goes well, when I’m gone, will remain. That’s the important thing to me is leaving something behind,” said Terry. “As an artist, and we all kind of think any immortality we might have, it might be hooked up to having something left behind when we’re gone.”

Terry took a break from painting in the summer to scatter his wife’s ashes all over Europe. Long met him in Paris to help. Terry and Dori took annual trips all over the world during their marriage.

“We were great pals,” said Long, who knew Dori for more than two decades.

Terry would someday like to find a gallery space and present many of Dori’s art pieces that no one has ever seen and plans to have the mural completed soon.

“It’s just a beautiful piece. It really is,” Remund said Wednesday morning upon seeing the mural for the first time. “He’s recognizing a lot of women who are prominent to the Tampa Bay area.

The mural is painted on the side of the Klaaren’s longtime friend Luisa Meshekoff’s dance studio. Other women featured in the piece include blues singer Jan Childers, performer Belinda Womack, videographer Victoria Jorgensen, and glass artist Susan Gott, among others.

The mural is near the intersection of East Washington Street and 12th.