Tampa pastor: 'We are all made in the image of God' 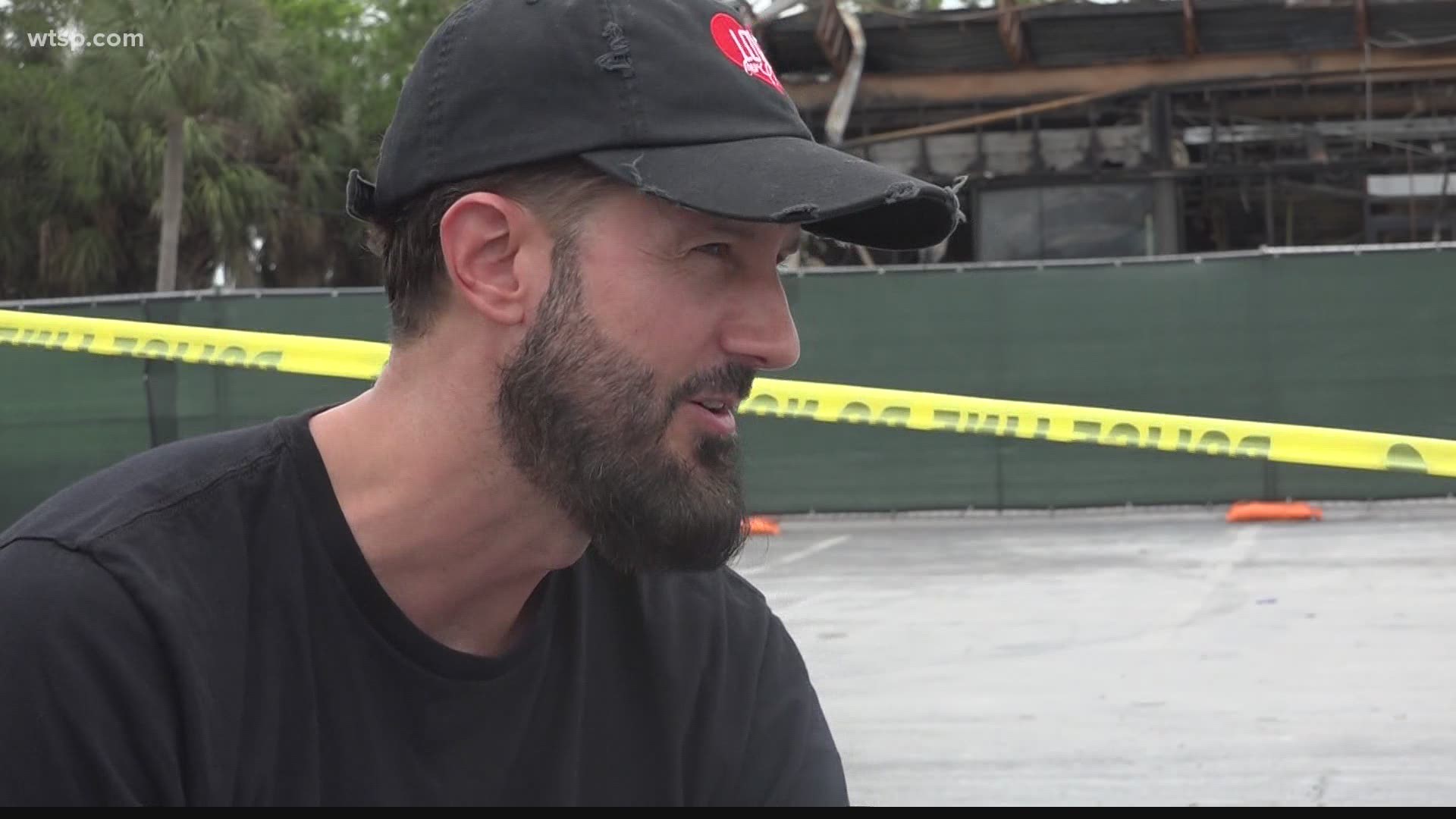 TAMPA, Fla. — I had a great conversation today with the pastor of Crossover Church, Tommy Kyllonen.

We were talking about how the black community needs allies. Not just friends, but allies.

It was an insightful conversation with a white man who leads a congregation he calls a “minority majority.”

He estimates that 40-45 percent of his congregation is African American and another 30 percent is Hispanic. He’s been acting out the ally role for all groups in his church for over two decades.

Crossover is made up of a wide range of ethnicities, ages, and socioeconomic classes. He advocates for all of them.

Here is a short snippet of the full interview, which you can see on the 10 Tampa Bay YouTube channel:

Pastor Tommy Kyllonen: In our culture we’re not always very good at lamenting. It’s kind of an ancient, biblical practice where if somebody was going through something, a friend or an ally, if someone died or they went through something or a sickness or whatever, their allies would come and lament with them and literally that might just be them sitting there with them and being present. Listening, praying, crying, hand on the shoulder and I think this is definitely a moment we gotta lament.

Bobby Lewis: Romans 12: “weep with those who weep”. Is it not enough in your opinion to say ‘I’m thinking about you, I’m praying for you’, even? Is that not even enough sometimes. Action has to come with it?

TK: Absolutely. So I would say the order kind of is first of all, yeah, you’ve got to pray and listen. Second of all, we have to speak up, use our platform, use our privilege, use our position, whatever that looks like for you. We all have some kind of a platform of influence, right? But that’s not enough. So, it can’t just be, ‘I’ll pray for you’ and put the hashtag up and put a post up. Like that’s good. But then the third part is action. Like, what can we really do to bring lasting change? And attack some of the systems if there is inequality? Whether that’s with policing or whether that’s with the education or healthcare or business or entrepreneurship or financial literacy. There’s so many communities of color that are so far behind other communities. White communities. So, we have to lift up my brothers and sisters and we have to give them opportunities and that’s really what we’re trying to do here in this neighborhood of Uptown.

BL: This is not meant to be a disrespectful question. It’s meant to be an elementary question and maybe there’s not a simple elementary answer but it’s a simple question: Why do black lives matter?

TK: Yeah, I simply would go back to Genesis 1:27: We are all made in the image of God. So, everybody matters. Yes, we know that. But black lives have not been treated the same way white lives have been treated and so that’s injustice. That makes God’s heart break. For me, someone who’s a faith leader, I want my heart to break for the things that God‘s heart breaks for and these are my friends. These are my family, these are my allies, these are my brothers and sisters and, like, I want to step up and do whatever I can so that they are valued (and) they know that their worth just as much as mine or anybody else.

From the Crossover Church website: “Tommy founded the youth ministry at Crossover in 1996 after graduating from Southeastern University with a BA in pastoral studies and a concentration in youth ministry. In 2006 he went back to Southeastern University and completed a master’s level Church Leadership Cohort. Starting in 1996, with just four teens, he and his wife developed a first-of-its-kind Hip-Hop Styled Youth Ministry that over the span of six years grew to hundreds, far outpacing attendance in the main Sunday worship. In January 2002, Tommy became the lead pastor at Crossover and a new vision was birthed to specifically reach those influenced by Urban/Hip-Hop Culture.”

Crossover Church is hosting a prayer walk on Saturday at 9 a.m. The walk will begin at the church on Fowler Avenue and make its way east towards University Mall before returning to the church campus for food, music, and speeches from church leaders from around Tampa Bay. Anyone from the community who wants to march in unity with the congregation is invited to attend. Pastor Kyllonen’s goal is to have over 1,000 people in attendance – more than the number of protestors who showed up the previous Saturday across from the mall.