Virann Welbourn plans to take her family on a trip with the money she won on "Chopped Jr." 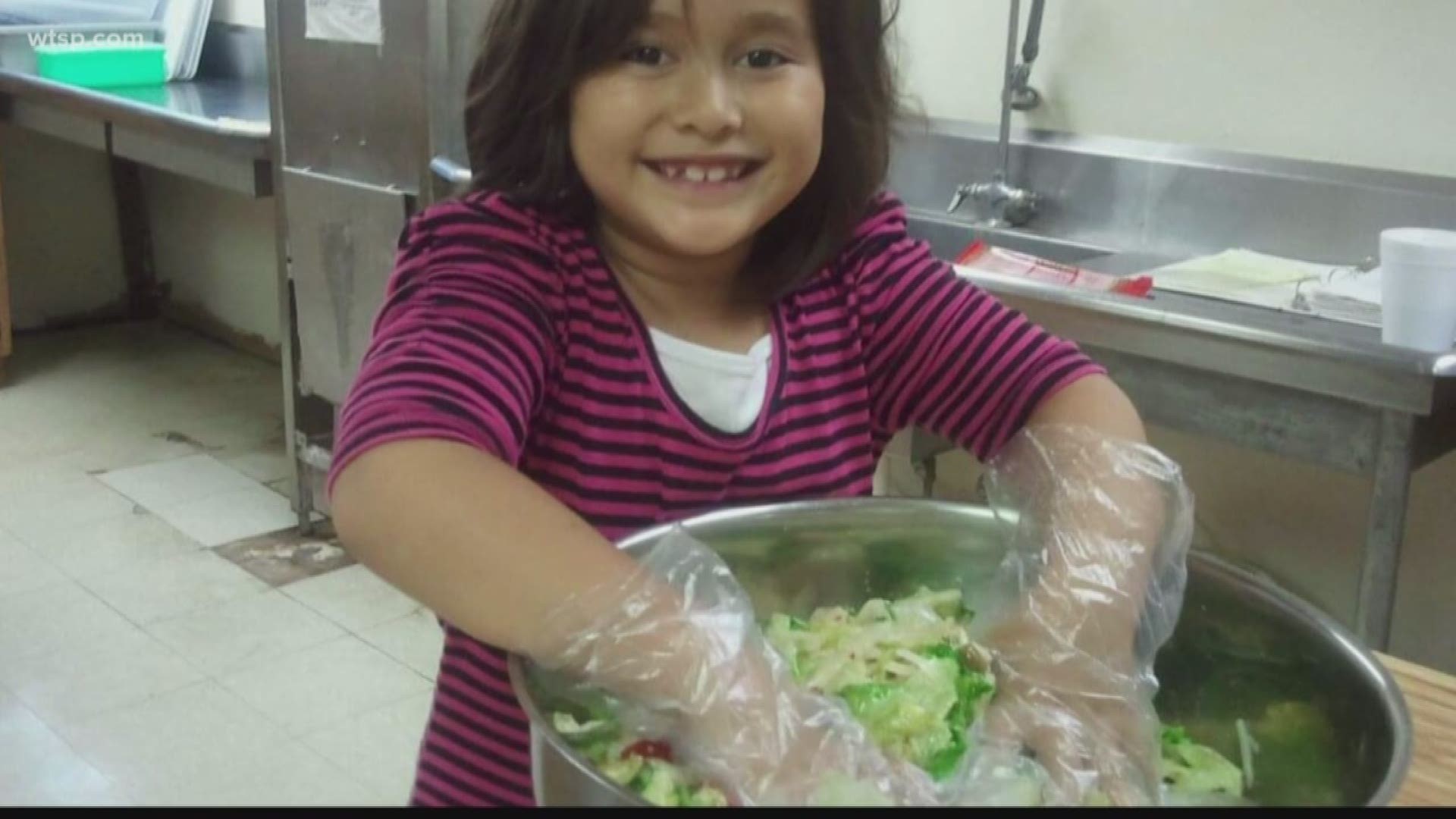 ST. PETERSBURG, Fla. — The hot oiled sizzled in the pan as Virann Welbourn grabbed a set of tongs.

“It’s so therapeutic,” the teenager said of the bubbling sound.

She rotated the tiny desserts she was cooking, a fried banana bundle called turon. It’s a dish representative of her family heritage that she’s made so many times she’s lost count.

“I like cooking Filipino food,” she said. “It’s a comforting thing for me. It’s like therapy. It’s relaxing.”

The 13-year-old has spent many hours in her family’s kitchen. She cooks meals for her parents and brother most nights. She took up the hobby when she was just four.

She never expected to be creating dishes on national television.

“I really felt like I could scream,” she said. “It was just a really exciting experience overall.”

Welbourn competed on a July episode of the hit Food Network show, "Chopped Jr.," where children whip up dishes from baskets filled with mystery ingredients. Four contestants attempt to out-cook the competition and win $10,000 in prize money.

“My brother is a tough critic so I’m kind of used to it,” she joked when asked about her food being judged for TV.

She has not yet received her prize money but already know she plans to do with the cash. She wants to take her entire family to the Philippines sometime before the end of the year.

She hopes her win inspires other kids to try their hand at cooking.

“It’s just really rewarding,” she said. “I just want kids to be inspired to do what they love.”

Welbourn hopes to one day run her own restaurant or catering business. Her episode of Chopped Jr. will re-air on Tuesday night at 7 p.m. on Food Network.