Asif Shaikh has been in touch with athletes around the globe who are disappointed that the 2020 Games in Tokyo were postponed. 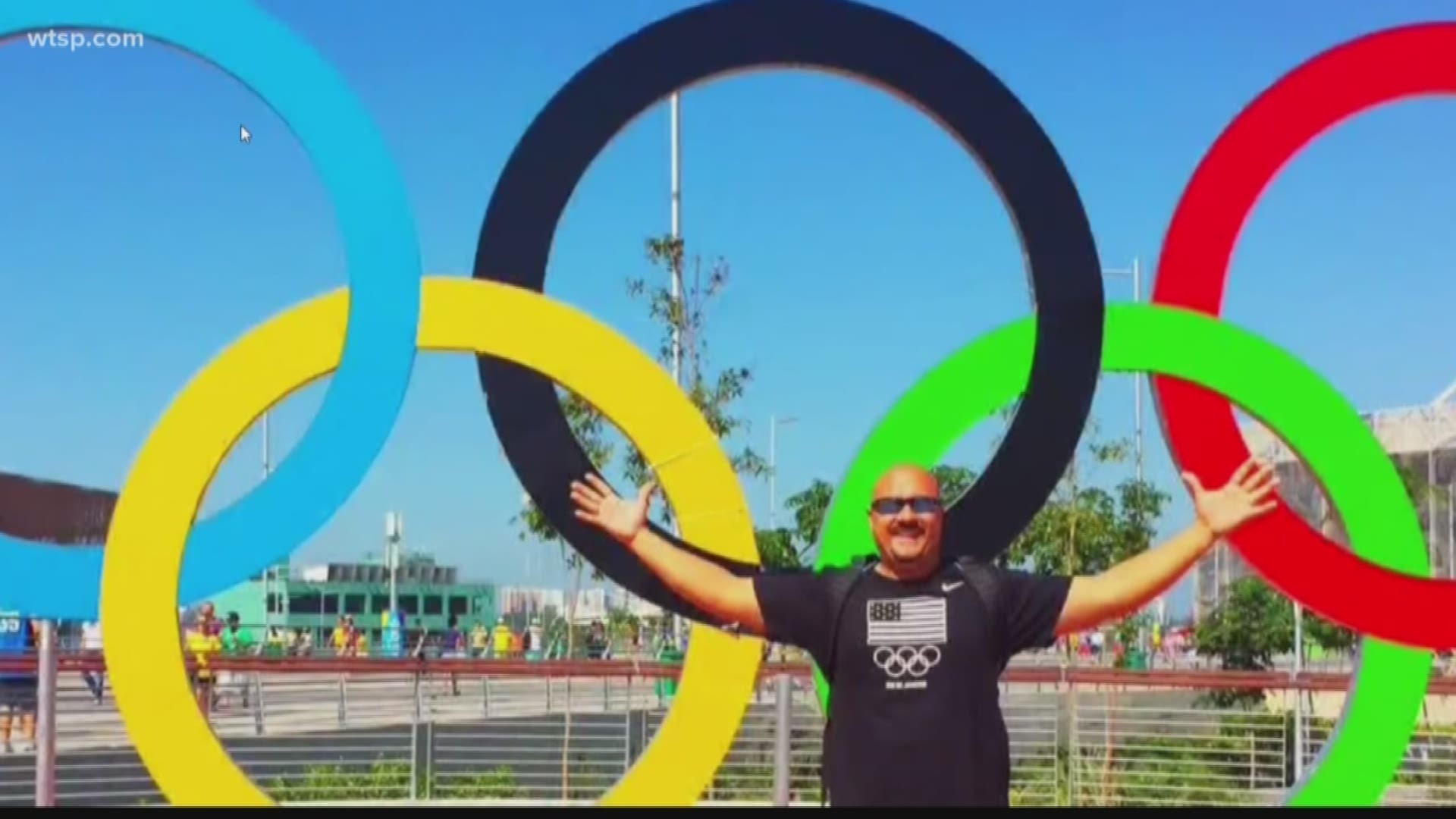 SEMINOLE, Fla. — This will be the first summer in 14 years that Asif Shaikh will not be boarding an airplane to attend a worldwide sporting event.

With the postponement of the 2020 Olympic Games in Tokyo, his plans, like athlete’s all over the world, have changed.

“It’s very important for me to be there for them,” he said.

Shaikh, who lives in and serves as a pastor in Seminole, is a veteran of four Olympics. He served as a chaplain in London, Rio, Sochi, and Pyongyang. He was looking forward to working with athletes from around the globe again in Japan this year.

“I’m crushed,” he said from his backyard on Thursday. “This gives me an opportunity to kind of reflect, kind of like a sabbatical.”

He still communicates with athletes he’s met along his journey as a chaplain. Just this week he got a video message from Raelin D’Alie, an Italian 3x3 basketball star who has been training to become a missionary and has been isolated in her apartment in Italy for weeks.

Shaikh has kept in contact with many USA athletes as well, including a track and field star who was set to compete for a third-straight gold medal at Tokyo. Shaikh saved a voice message he got from this athlete on his cell phone.

The athlete, whom Shaikh requested remain anonymous, had an attitude of perseverance and faith.

“This is crazy with this [coronavirus],” the gold medalist said. “If the Olympics are to go on, they are supposed to go on. If not, then it was all orchestrated for a reason. I’ve got full faith and comfort and whatever’s going to happen.”

“There is more to life than winning a gold medal, winning a medal, or being in the Olympics,” said Shaikh, who also works with local schools through Fellowship of Christian Athletes. “When they do reach out to you … there is this idea that they do trust you.”

Shaikh is excited about the chance to serve again next year when the Games return.

“I think this whole pandemic will help athletes persevere and they will be stronger, better, and I think we’ll see the greatest Olympics we’ve ever seen,” he said. “You know my heart is to be positive and to come alongside an athlete and also to be able to help them understand that there’s more to life than winning a gold medal.”

The Olympics is just the latest sporting event to be cancelled or postponed. The NCAA tournament, NBA and NHL seasons, Opening Day for the MLB, and, just this week, the Indianapolis 500, have all been pushed back.

Shaikh spent time in Qatar and Amsterdam in recent years during events outside the Olympic competitions and is concerned with the mental well being of athletes as well as the physical. Many are unable to train in their respective disciplines because of social distancing orders. One athlete he’s been mentoring is stuck in France unable to exercise at all.

That’s why he’s told athletes around the world not to be shy about calling him for encouragement of just reaching out via text for a pick-me-up.

RELATED: Firestone Grand Prix of St. Petersburg 2019: What you need to know

RELATED: Tour de France yet to be postponed amid coronavirus outbreak