He started a lemonade stand in his driveway. He's now raised nearly $10,000 for cancer research. 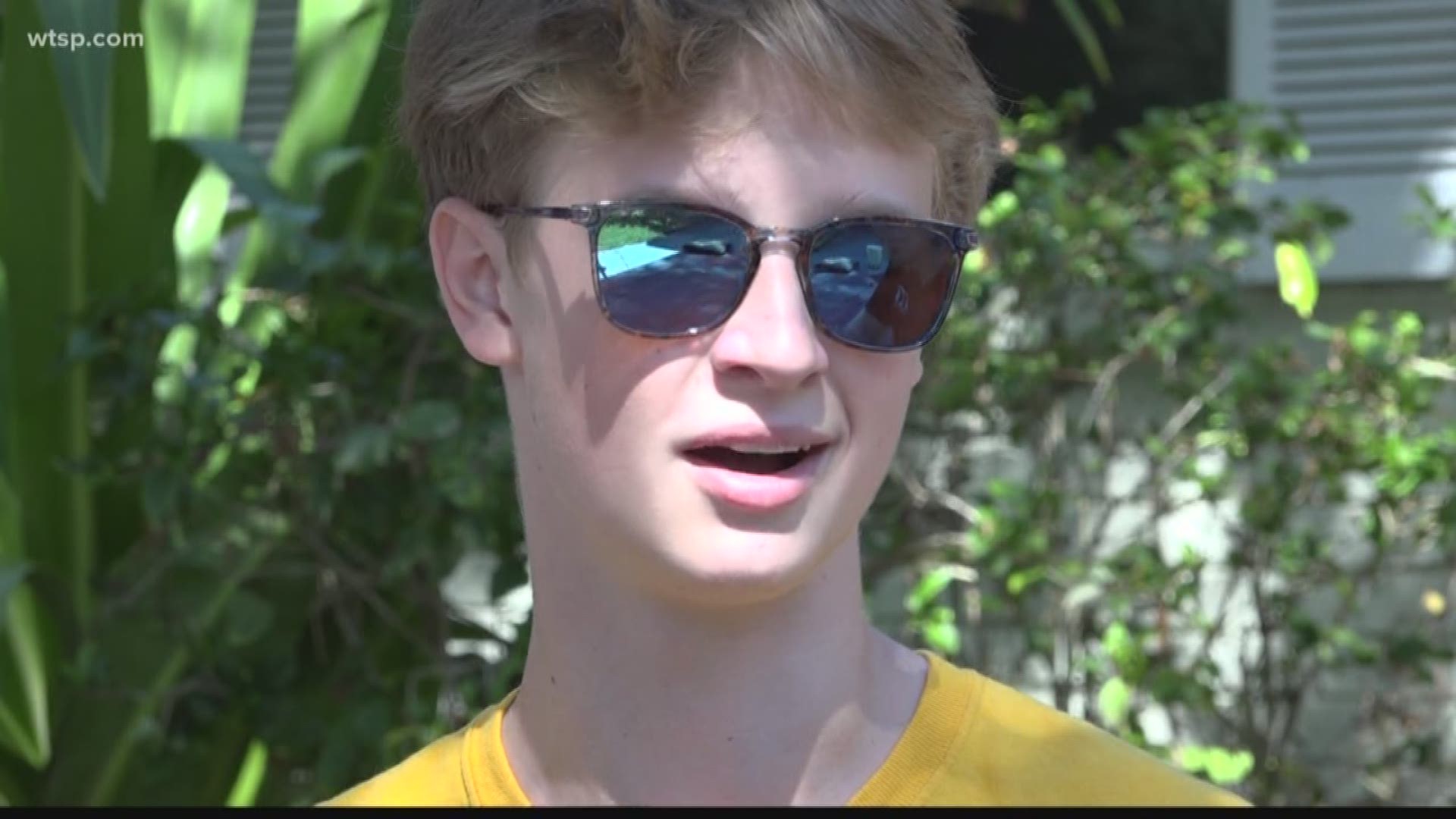 CLEARWATER, Fla. — Jackson Carter took aim at a tiny round target and heaved a softball with all his mighty. It clanged off the trigger sending his little sister plunging into the water below.

“It’s thrilling,” he said with a smile.

Carter, 14, wants to dunk cancer. The dunk tank was a fun, poetic, addition to his annual lemonade stand in the family driveway on Saturday. Every person who came by made a donation to Carter’s cause.

This year, the eighth year he’s held the fundraiser for the National Pediatric Cancer Foundation, he topped $1,700.

“I knew we would have fun doing it but I didn’t know we would have this much success doing it,” said Carter, who attends Largo High School. “We are almost to $10,000 this year for our eighth annual.”

The idea to raise money for cancer research – specifically pediatric cancer research – came after Carter’s own battle with Osteosarcoma. When he was nine he was diagnosed with the form of cancer, which manifests in bones. He received 25 rounds of chemotherapy and is cancer-free today.

He had a lot of support throughout the process. But, not every child does.

That’s where the lemonade stand has made a huge impact. The Carters have collected $9,304 in eight years by passing out cool cups of juice. Cars line up around the neighborhood to come give Carter a hug and hear about his fundraising adventures.

Carter went to Washington D.C. with the Goal Together Foundation in mid-September to speak with senators trying to coax them into providing avenues for more funding for pediatric cancer research.

“They found it very touching. It wasn’t just me,” Carter said. “There were probably over 200 kids.”

His mission is to chip away at cancer. He wants to “dunk cancer” if you will. The dunk tank was a nice touch to this year’s fundraiser.