Lauren Glynn's cancer has returned. Her friends did, too. 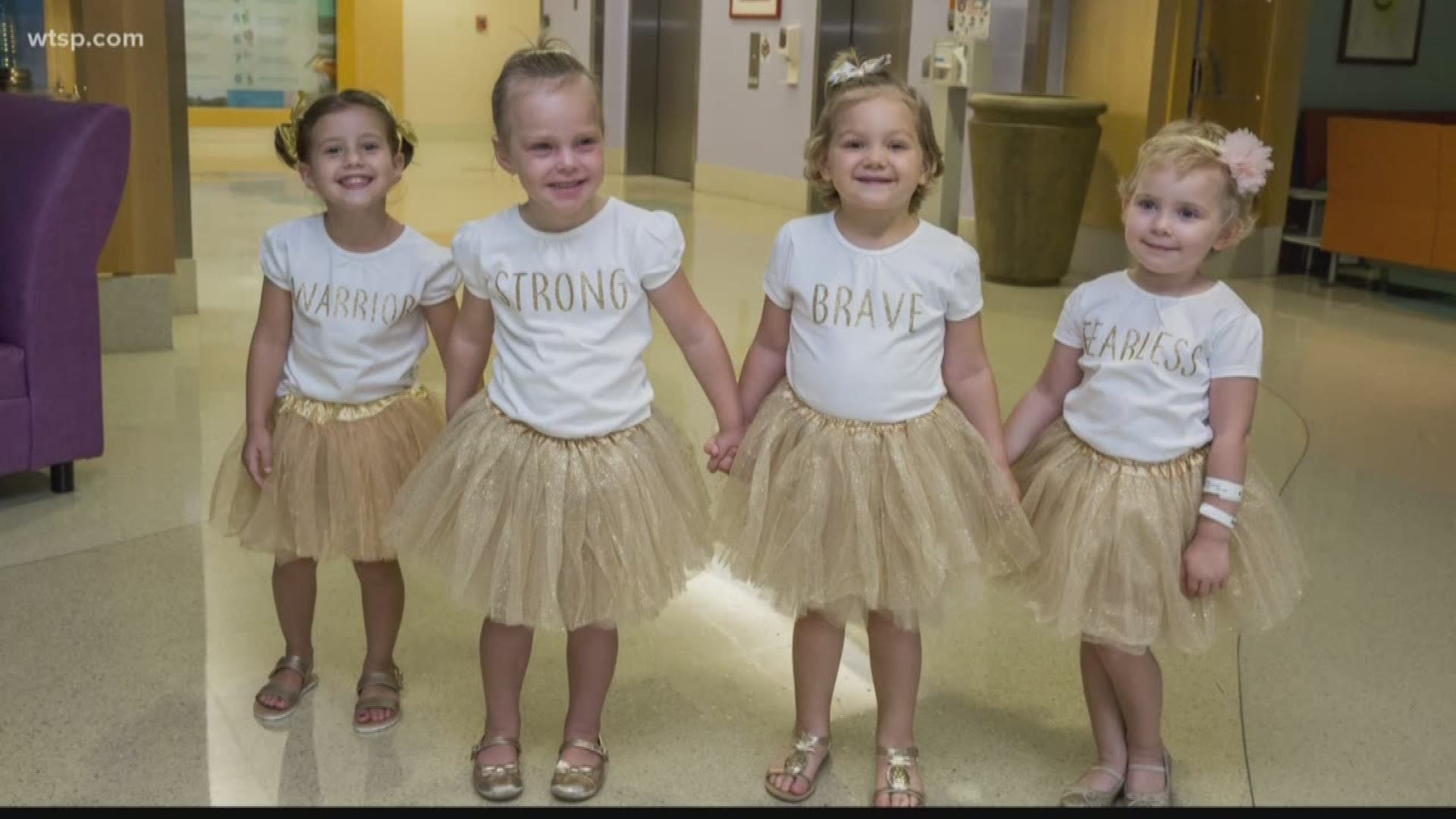 ST PETERSBURG, Pa. — The annual “Tutu Girls” photoshoot took place at Johns Hopkins All Children’s Hospital in late August. The cheerful quartet of cancer-fighting children get together every year to reenact the photo that caught worldwide attention in September 2016.

“When they get together, they’re so sweet together and even if time has gone by since they saw each other, it’s like no time at all,” said Shawna Glynn, whose six-year-old daughter is one of the “Tutu Girls."

That first photo was an “organic” celebration, Glynn says. Chloe Grimes, Lauren, McKinley Moore, and Ava posed with big smiles and puffed out tutus. The girls became friends while enduring chemotherapy treatments together.

They returned each year for more photos. The 2017 version included glittery gold tutus. The 2018 photo saw each child wear a shirt with bold ‘SURVIVOR’ script across the chest.

1 / 13
WTSP
The 2019 tutu girl reunion was special for photo Lauren, McKinley, Ava and Chloe. The girls returned to Johns Hopkins All Children's Hospital’s Cancer & Blood Disorders Institute to support their fellow warrior, Lauren, the day after her CAR-T therapy.

“Her leukemia was back. It was awful," she said. "It was the worst thing that could’ve happened to us.”

Lauren relapsed over the last year and has been undergoing additional cancer treatment.

The healthy three wanted to keep the tradition alive, so when the call came to come back to the hospital to take photos, they decided to do them in Lauren’s hospital room.

The quartet hugged and danced for cameras. They drew pictures and flexed their muscles. You’d never know that 15 minutes earlier, Lauren had a fever and needed more blood drawn.

“It was just very uplifting to see them," she added. "When they walked in the door, her eyes just lit up. There was laughing and giggling and as a parent, it was so encouraging to see them.”

Cancer can’t stop tradition. This year’s shirts read ‘Never Ever Give Up’.

RELATED: Judge rules child with cancer will not go back to his parents