At 9, he had a stroke. Now he's helping other kids get therapy with VR computer games

Jonathan Truong knows therapy. He dealt with meningitis and a stroke as a kid. He co-founded Verapy to make therapy more fun for kids. 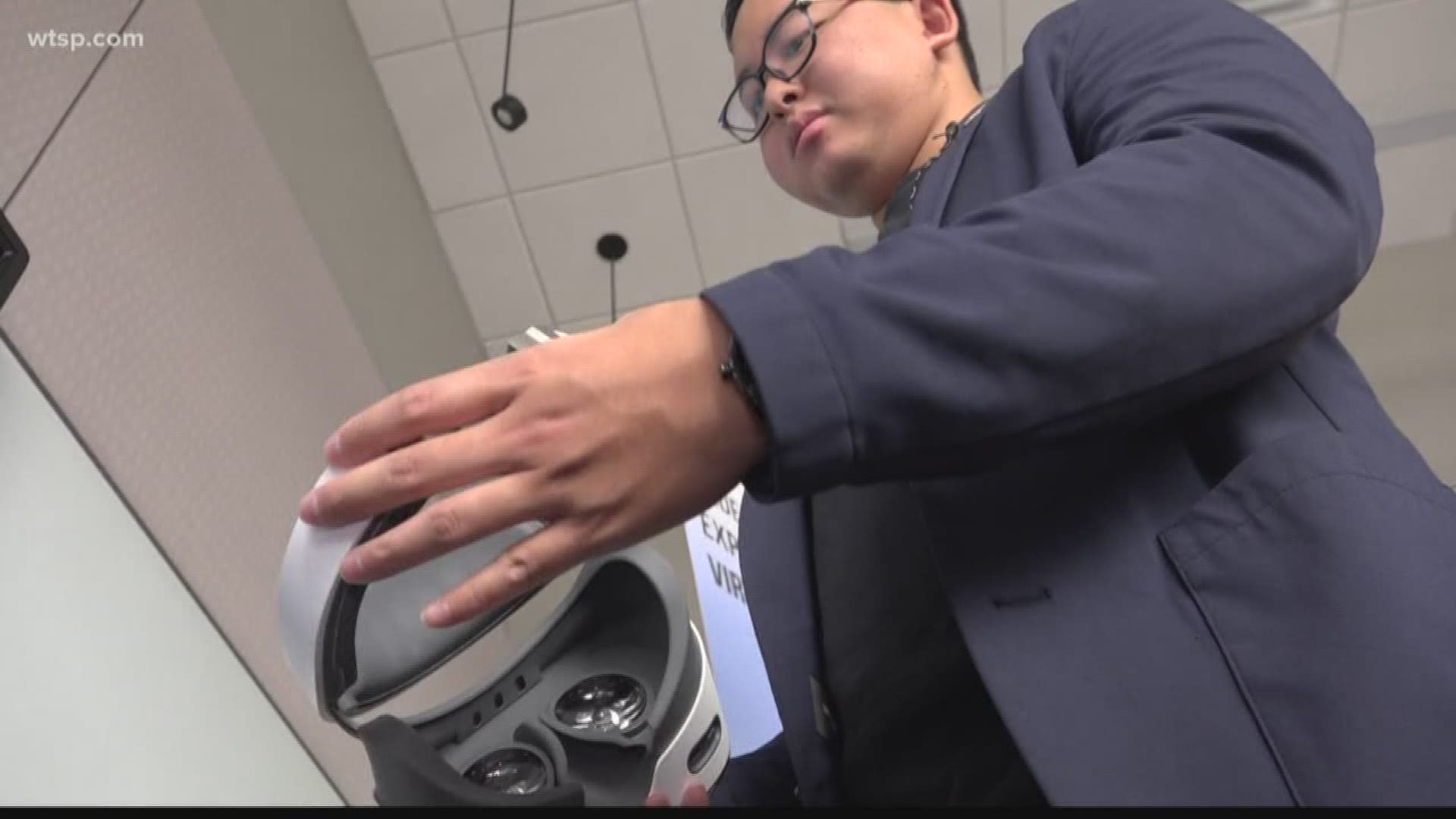 TAMPA, Fla. — Jonathan Truong understands how dull sitting in therapy sessions can be. That was his life growing up.

"I had meningitis when I was seven. I had a stroke when I was nine. And, I’ve had five major surgeries," he said.

The University of Tampa graduate is working on a way to energize the therapy sessions for kids who experience apathy towards therapy – just like he did.

“A lot of the kids say that they are in awe,” he said.

Truong, 25, combined his love for video games and his desire to improve health by co-founding Verapy: a virtual therapy.

Truong and a team of designers out of Orlando created six games with multiple gameplay options all based in virtual reality. The idea is to get kids moving and doing the types of exercises necessary for improved range of motion while forgetting it’s a therapy session at all.

“They don’t even realize they’re doing therapy. They are just having fun,” said Dr. Kirsten Siggs of the UPC of Central Florida. “We as a therapist or able to manipulate the environments in a way that they are still doing what they need to do when they are therapy session but having so much fun doing it.

“They are having fun they’re doing exercises but they are playing a game.”

Visualizing better health is easier when you have something like Verapy. Patients simply slip on the commercial-grade VR goggles and follow the on-screen instructions.

There are many environments available including a shooting gallery, which works out neck and shoulder muscles, an underwater scene where patients are asked to reach for treasure with a pole and multiple beach areas where you can even play volleyball with a dolphin.

They are all options Truong wishes he had when he was a kid. All of these inventions come through his personal, painful experience.

“Therapy was just a really tedious thing that I didn’t want to do,” he said. “With Verapy, our goal is to try to make therapy a lot more fun, engaging and keeping these kids more motivated through the therapy.”

Siggs is the Lead Physical Therapy Diagnostician with UPC. She says she’s never seen anything like Verapy.

“The reactions from the kids, it’s pretty much in awe. I think it’s just something that they aren’t expecting from therapy because it something they have never done before,” she said. “The smiling, and the ‘I want to do it again.’ All of that is what we’ve really seen and it just makes us smile so much.”

It's exactly what Truong wanted.

“That really stinks into my heart that I’m doing a good job.”

Verapy has been tried by 300 kids in the last four months at hospitals and charter schools in Central Florida. Truong will present his Verapy technology to over 6,000 people on Tuesday during the Synapse Summit 2020 event at Amalie Arena. It’s a technology conference where top talent and companies come to present and connect. Truong is one of 350 speakers chosen to present their tech ideas.

“We’ve been apart of this for the last two years,” he said. “I’m very excited. This will be the most exciting year.”

Verapy will be part of a VR panel during the two-day event. Hundreds of exhibitors and dozens of sessions are offered. Other notable speakers are Sara Blakely, the Founder and CEO of Spanx, Steve Currall, the President and CEO of University of South Florida, and Global Entrepreneur Jeff Hoffman.

For tickets, visit the Synapse Summit.