The Lake family put the "exclamation point" on the rebuild with giant American flags. 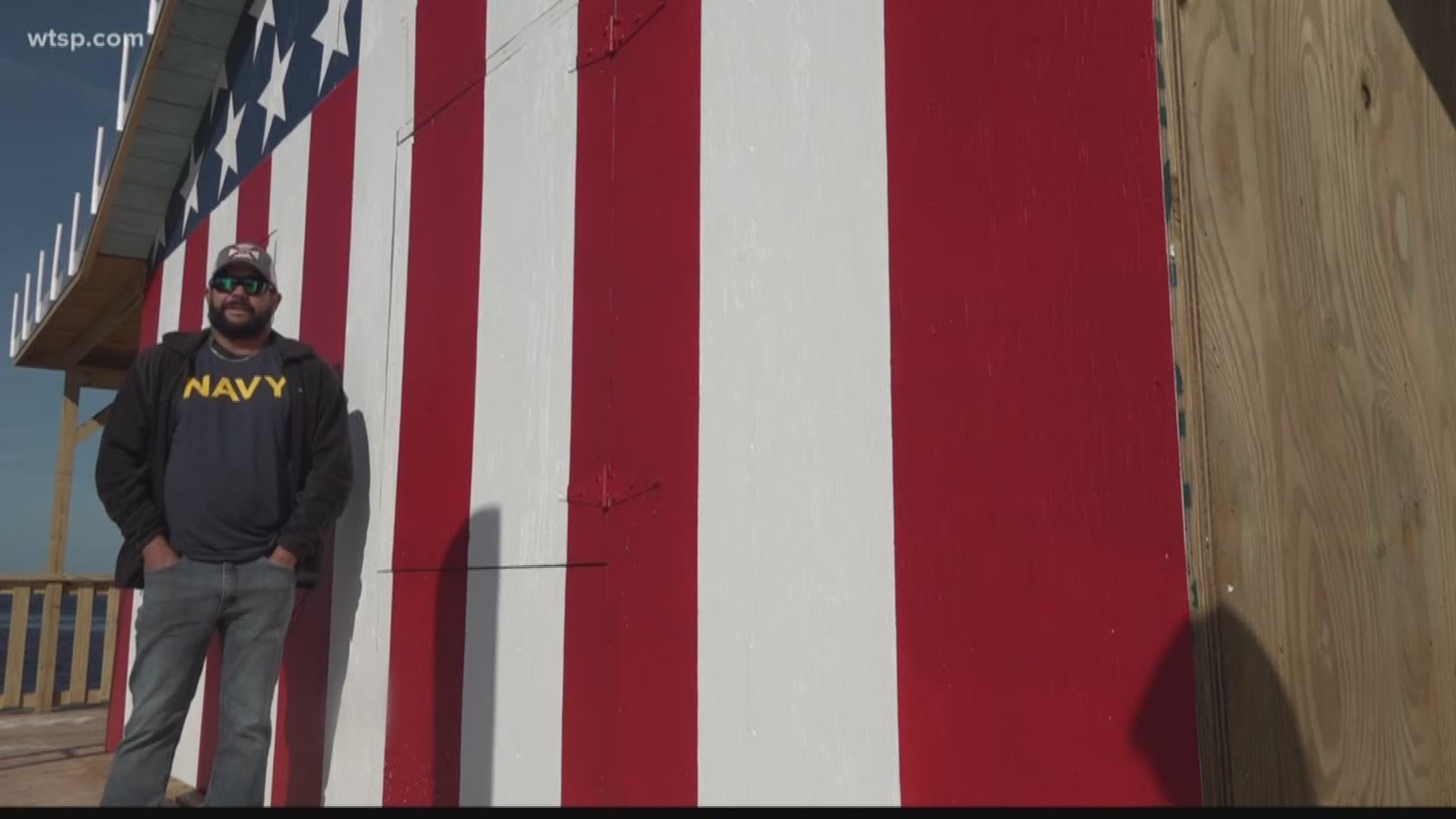 “It definitely is awesome to have this paint job back on the side for everybody to see and enjoy,” said Greg.

The actual structure of the stilt home has been completed for a few weeks, but the home wouldn’t be finished in the eyes of the family without its signature paint job.

“It took us all weekend to do it,” said Brian Lake.

Vertical red stripes edged up against vertical white stripes. A blue square with bright white stars emulated the American flag mural that the family’s prior stilt house came to be known for. Two 20-foot flag paintings are on the new home, one on the north and one on the south side.

It’s the final touch the stilt house known as “Camp No. 6” needed.

“It means a lot,” said Greg, who joined the Navy in 1987 as an operations specialist. “We live in America, the greatest place in the world in our opinion. Maybe this helps show that.”

Brian’s wife came up with the idea to paint the flag on the previous stilt house, which burned down after a lightning strike on Aug. 25. The family celebrates Veterans Day and July 4th on the stilt house.

“We couldn’t wait to get to this stage where we actually could put the paint on the side of it and drive around it and admire it again,” said Greg.

Brian calls the flags the “exclamation point” of the home. It was easily identifiable to boaters in the past. It was part of the reason many locals were devastated to hear that the home had burned. Many Port Richey residents felt like a piece of West Florida history had been charred.

The Lakes plan to host a giant party in the spring to say thank you to all the countless volunteers and donors who helped get the home rebuilt in less than three months.

“Now we’ve got it back up to make more memories and that’s what we’re looking forward to do,” said Brian. 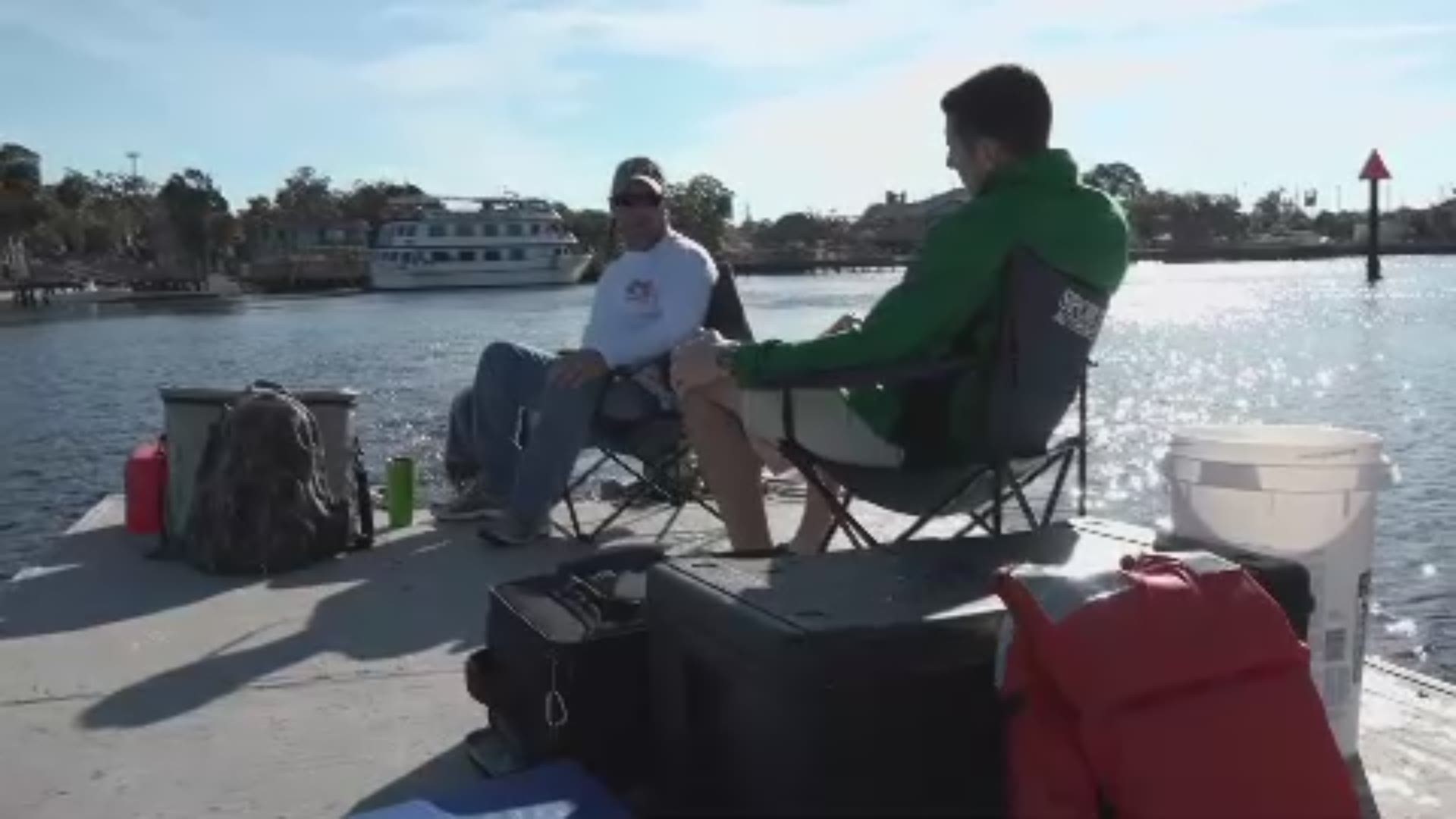 The Lake family wants to thank these community businesses for helping rebuild the iconic stilt home:

See our other stilt house stories: