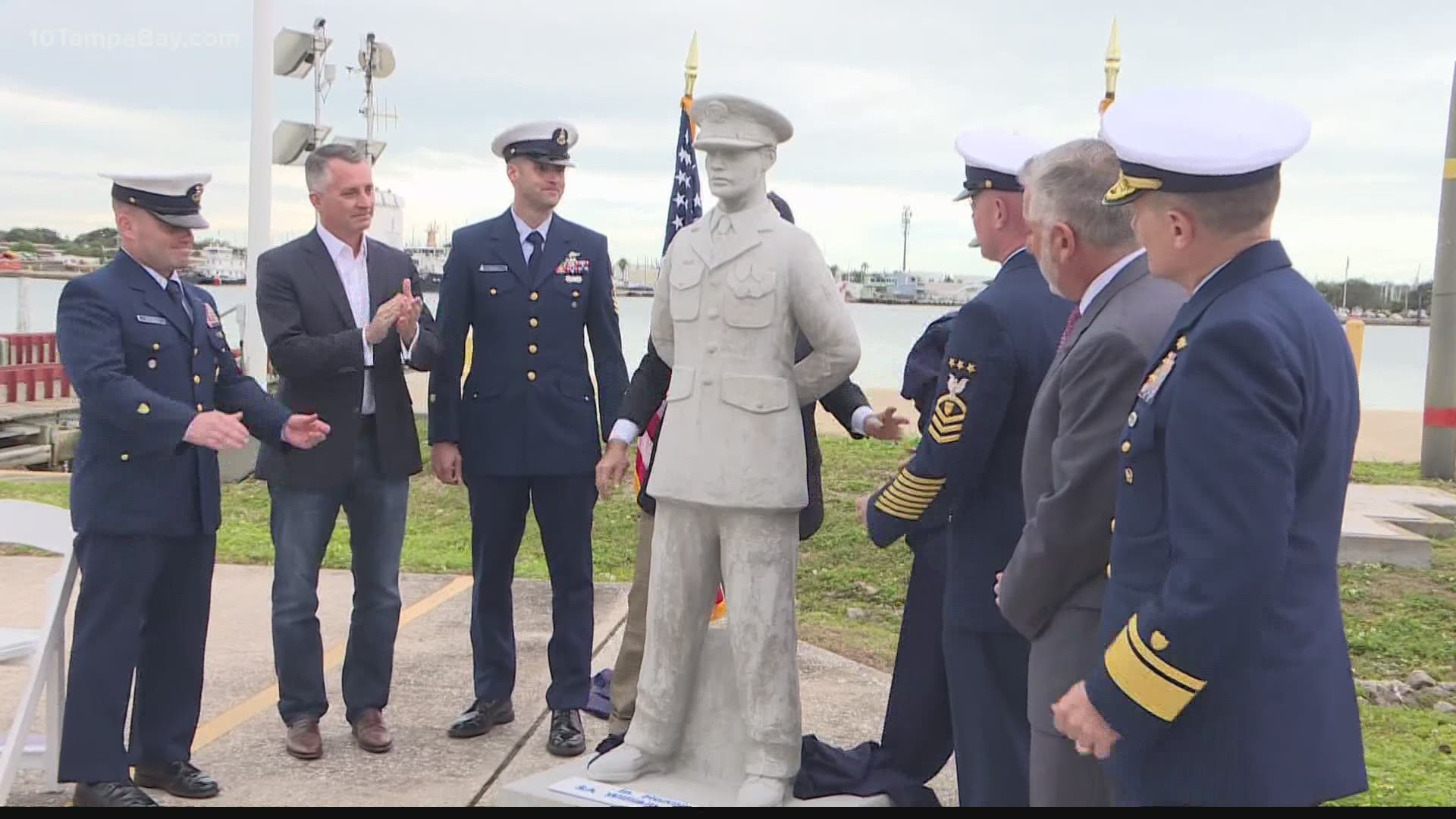 CLEARWATER, Fla. — It’s been decades since Sam Flores received word that his younger brother, William, known to family as Billy, had died aboard the U.S. Coast Guard Cutter Blackthorn near the entrance to Tampa Bay.

“The captain called for an abandon ship,” said Sam. “My brother stayed behind.”

Forty-one years ago, U.S. Coast Guard Seaman Apprentice William R. Flores died while on duty when the Blackthorn collided with the tanker Capricorn. Twenty-two shipmates died along with William in what was the worst peacetime disaster in Coast Guard history.

Tuesday, Sam smiled at the thought of the honor his brother would posthumously receive just a few miles away from the crash site. William was honored with a six-foot tall concrete statue bearing his name and likeness. That statue is the thirteenth statue added to Circle of Heroes - the nation’s first underwater dive memorial honoring our veterans.

“Heartwarming,” said Sam. “We are very proud of him.”

It’s the latest honor for William, who was a native of Texas. In 2000, Flores was posthumously awarded the Coast Guard Medal, the service’s highest award for heroism in peacetime. His name is on the side of the William Flores Gymnasium at a training center in Cape Cod. A Miami-based fast response cutter is also named for William; and the state of Texas, in May, nominated Flores for the Texas Legislative Medal of Honor.

But the Circle of Heroes recognition means a little something extra to his family.

“In a way, he continues to help,” said Sam. “The Circle of Heroes is a diving destination. Veterans who are having trouble with (PTSD), they are finding great comfort in going down there and diving the Circle of Heroes.”

Located 10 miles off the coast of Clearwater in the Gulf of Mexico at a depth of 40 feet, the Circle of Heroes officially opened to divers on August 5, 2019, now with 13 life-size concrete statues honoring the men and women serving in all branches of the U.S. Armed Forces. Since its launch, the memorial has boosted dive-related tourism, attracting visitors near and far to the St. Petersburg/Clearwater area.

The memorial serves as a therapeutic dive site for disabled veterans suffering from PTSD, depression and trauma. Additionally, the statues could become an artificial reef to help sustain marine life in gulf waters.

The ultimate goal is for 24 life-size statutes to complete the 100-foot Circle of Heroes. Donations from the community are essential to help fund the next phase of the memorial. For more information on how to make a donation, visit www.VetMemorial.org.