Darren Hafford served as a Marine. Startled by the high number of military suicides, he's now traveling the nation and doing pushups to raise awareness. 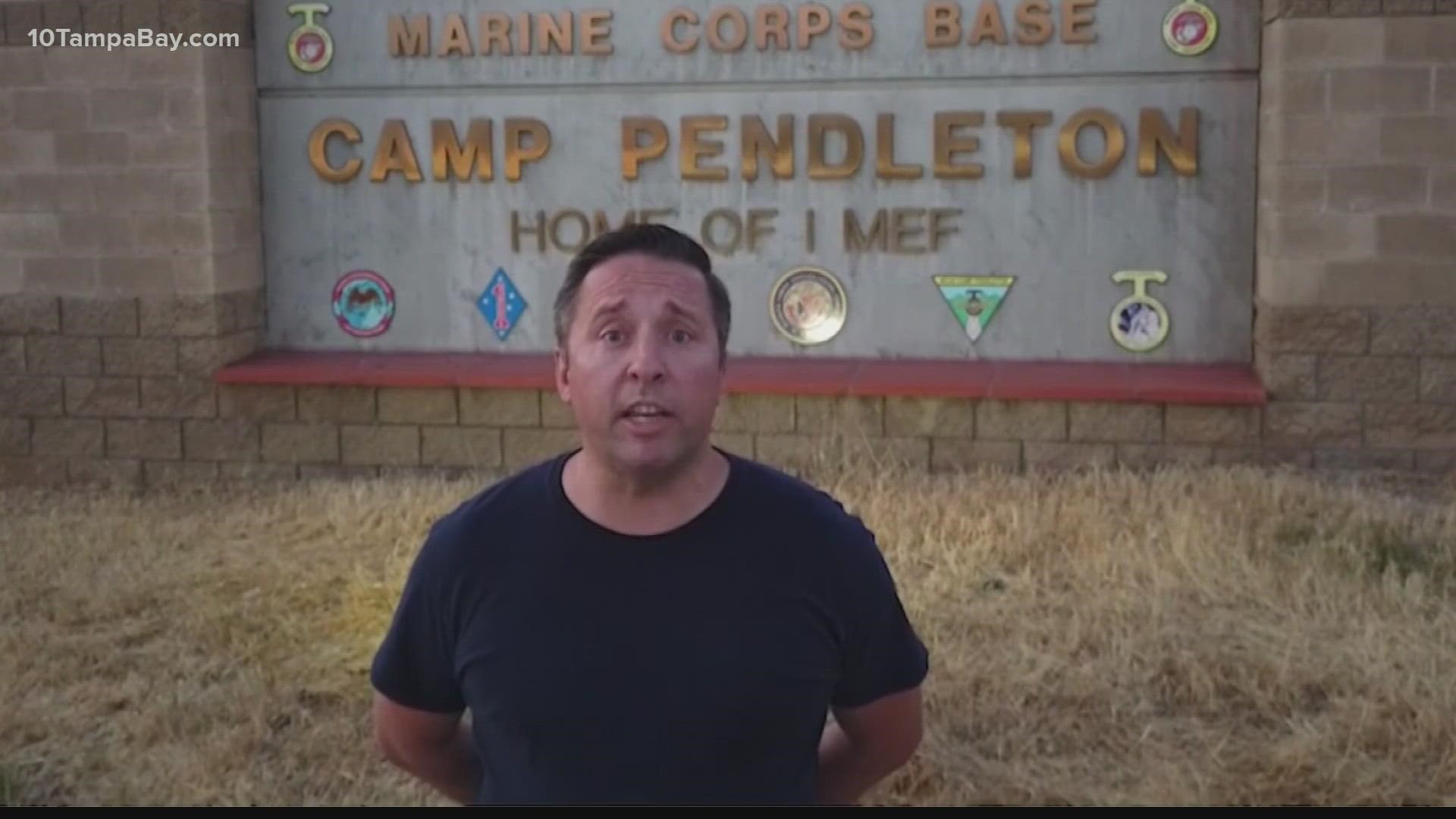 TALLAHASSEE, Fla. — Darren Hafford is originally from Wisconsin but lives between Los Angeles and Dallas now. He’s been around the globe and back and loves to travel.

“I always wanted to see the country,” he said.

Hafford served four years active duty in the U.S. Marine Corps and six years in the Wisconsin Army National Guard, deploying to Hungary to Support Operation Joint Endeavor in 1996-97 and to Honduras to cover the rebuilding effort after Hurricane Mitch in 1999.

He was alarmed to learn, thanks to a 2012 Veterans Administration study, of the high suicide rate among veterans. Most estimates put the figure at around 22 per day on average in the United States.

His goal is to raise awareness of that nationwide issue during his 50-day trek across the USA.

His trip hasn’t been without hiccups. He encountered some vehicle issues nearly from the start.

That’s after some brake problems and a near-scare with what mechanics thought would be a transmission failure. The old truck rolled into Annapolis, Maryland, on Friday after a 65-mile trip from Dover. It was one of the shortest driving days of the trip. His longest was the first – a 1,050 mile, 16-hour ride on July 4 from Austin to Phoenix.

“I figured if I could get the hardest thing done first, then everything else will be easier,” he said.

He’ll be in Tallahassee on Thursday, Aug. 12. He’ll finish his trip with two flights, one to Alaska and another to Hawaii. In total, he will have driven 13,280 miles.

“Each time you meet someone and you hear their story it really reminds me of why I’m doing this and hopefully we can convince those veterans that might be going through a tough time that there is help out there, it can change your life, and it can save your life,” said Hafford, who has been doing pushup for years.

In all, he’ll complete 2,500 pushups during his cross-country route. Hafford's favorite part of the trip so far has been doing pushups alongside others who show up at 7:30 p.m. (local time) at the state capitols every night.

“(Their) counting really motivates me,” he said, admitting that 50 pushups are not always easy to execute. “Like anything, it’s hard at first. It will get easier. You will get strong. You will make it.”

He’s working with One Tribe Foundation, formerly known as 22 Kill. That group posted a pushup challenge online in 2015 and it went viral a year later. They asked everyone to do 22 pushups for 22 straight days to represent those 22 lives lost to suicide. It inspired Hafford to do his own 44 pushup challenge for 44 straight days.

This 50-state trip upped the intensity.

“If I do this again, I’ll have an RV and a co-pilot,” Hafford said.