Ken Deka learned to play the song while serving in the military and decided to honor friends from the service with those 24 notes each night at Indian Rocks Beach. 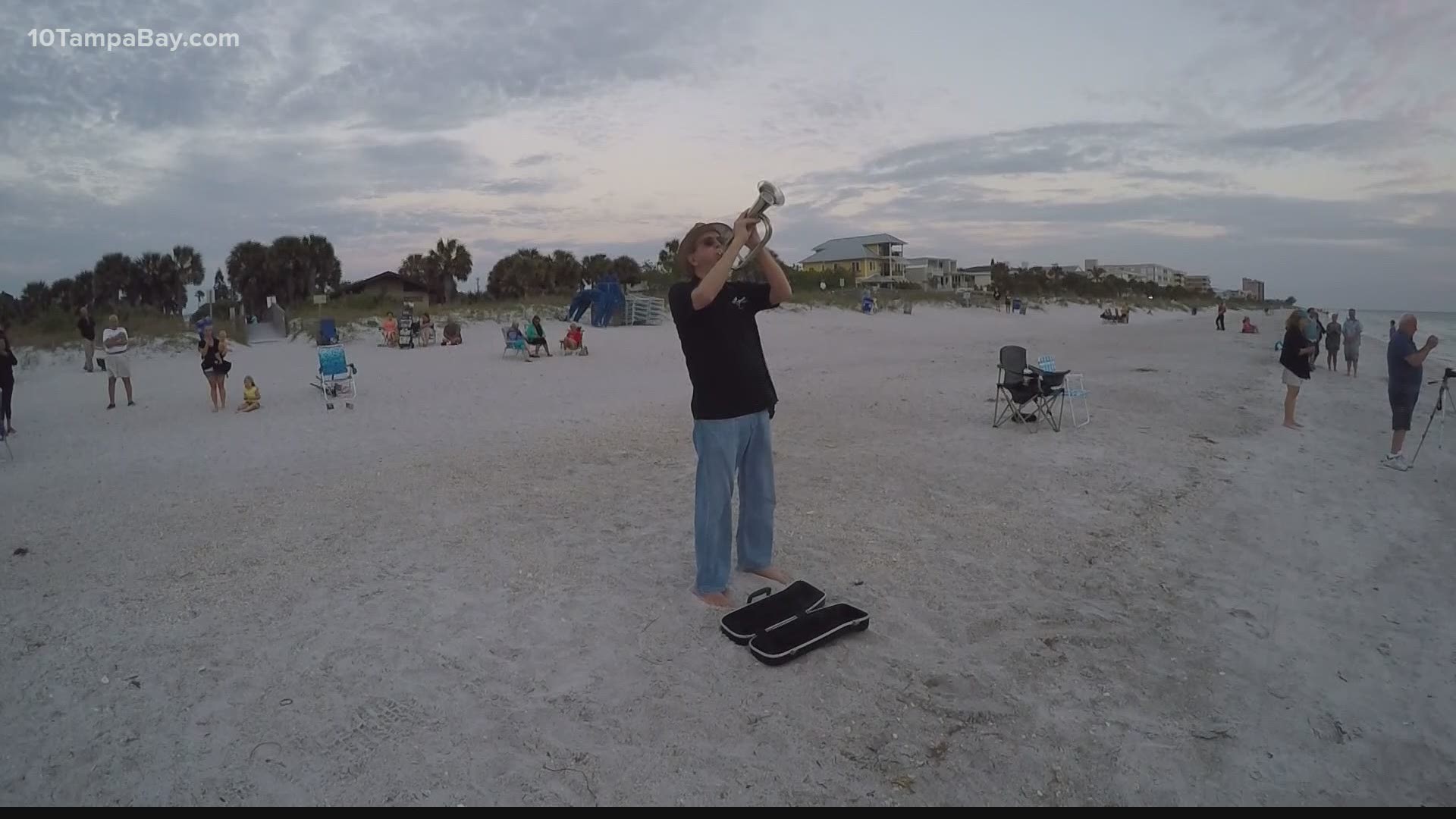 INDIAN ROCKS BEACH, Fla. — If you live around Indian Rocks Beach, you’ve likely been treated to one of Florida’s most breathtaking sunsets. This popular spot draws a crowd almost nightly. People gather to take in the calm and the color and give thanks for another day.

For six years here, Ken Deka was as reliable as the sun. He was often seen walking the shoreline before faithfully playing his favorite song. Deka is a veteran who served in the Vietnam War. He learned to play Taps in the Army and started to play the 24-note song as the sun went down each night to pay tribute to his friends who never made it home from war.

The only reason he wouldn’t show was if rain soaked the scene. That is, until November 2020.

While out on the beach, Deka fell. He broke his ribs and suffered a concussion. While recovering, he found out he had Stage 4 esophageal cancer, which eventually spread to his liver, according to friends who know him well.

His health was bad enough, his family decided it was time for him to leave his favorite spot. His daughter, Samantha, came to see her dad and move him back to Michigan to live with her in early May.

She sent 10 Tampa Bay a photo and heartfelt text, reading: “Ken Deka’s final sunset at Indian Rocks Beachg. Hearing TAPS was emotional for all in attendance. Thank you for 6 wonderful years. Farewell Florida”

That was May 11. Ken moved with his daughter to Michigan three days later and took that bugle with him. One thing he leaves behind with us are the memories he helped create. He provided many locals with the soundtrack to a beautiful night on this beach filled with sand, sun, and song.