Michelle Fetz and John Schwier drove over an hour to deliver a pink and yellow lemonade stand to Caroline Gallagher. 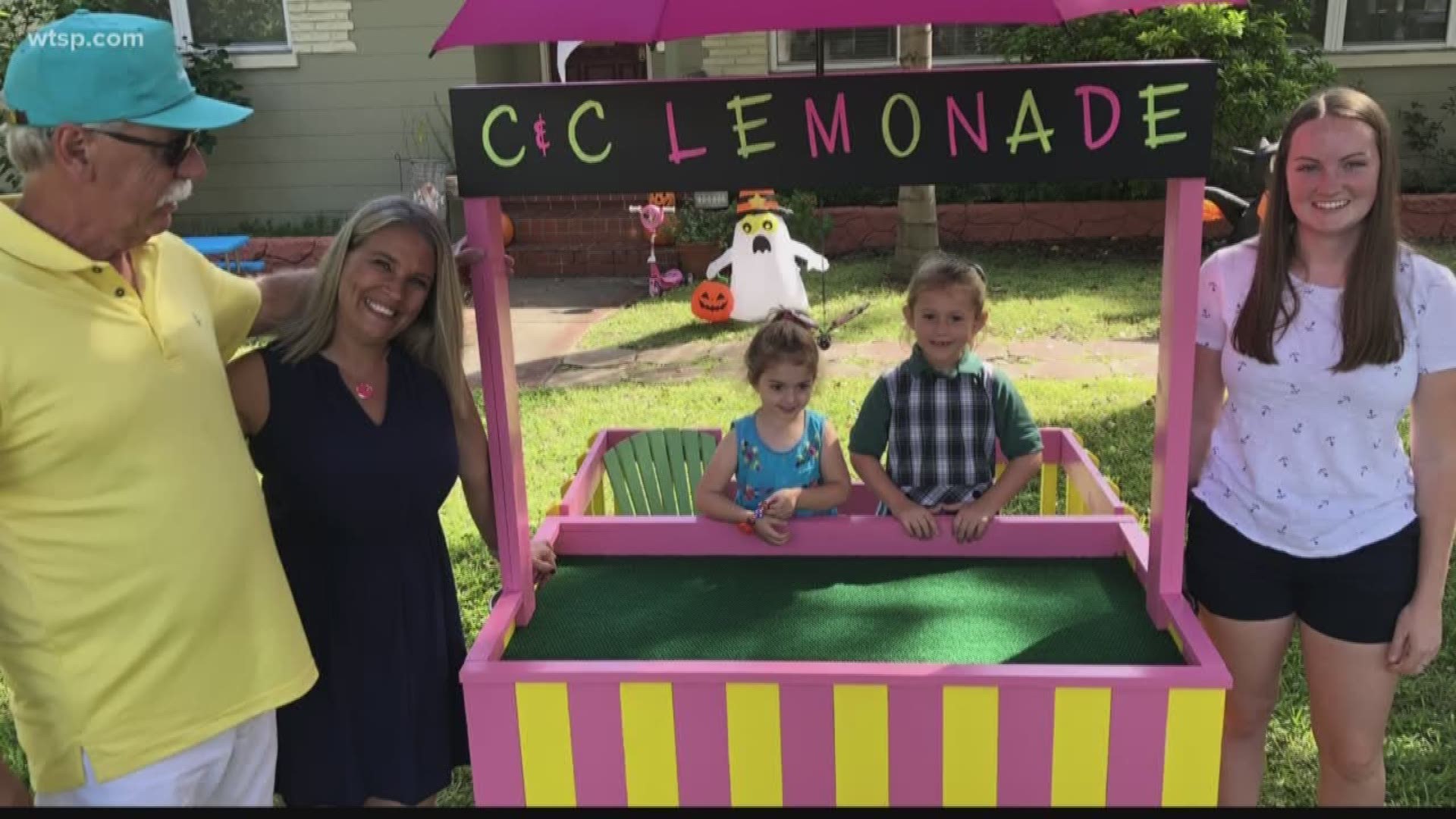 ST. PETERSBURG, Fla. — Caroline Gallagher has seen a lot in her five years on earth. At just 18 months old, Caroline was diagnosed with leukemia.

Just six months after that diagnosis, her two-year-old cousin, Julia, was diagnosed with Stage 4 High-Risk Neuroblastoma.

Caroline survived. Her cousin did not.

That inspired the child to give back in the sweetest way.

She started a lemonade stand in her driveway and raised over $11,000 for Johns Hopkins All Children's Hospital in June.

“It blew past any of our wildest expectations,” her father, Charles, said at the time.

The story aired on the morning newscast and some viewers from Pasco County saw Caroline’s smiling face on TV as she held up a giant check for the hospital.

Michelle Fetz saw the video while visiting her neighbor, John Schwier. They noticed Caroline was selling her lemonade from a folding table in front of her garage. That didn't sit well with them.

“I said, ‘John, you have to build her a lemonade stand,’” Fetz recalled. “My heart is so full and so humbled.”

Schwier did. He went to the Spring Hill Lowes store to buy the $370-worth of materials.

When the store found out why he needed the wood and screws, managers Kristi Roth and Rob Sawtella donated all the materials to the project for free.

“I want them to get credit,” said John, who was adamant that more needs to be done to give children a higher percentage of cancer research dollars.

Fetz and Schwier loaded the lemonade stand in a truck and drove over an hour to St. Petersburg to make the delivery Tuesday afternoon. Caroline celebrated by serving her guests lemonade.

RELATED: He started a lemonade stand in his driveway. He's now raised nearly $10,000 for cancer research.