The annual tradition to bring awareness to heart health began in 1963. 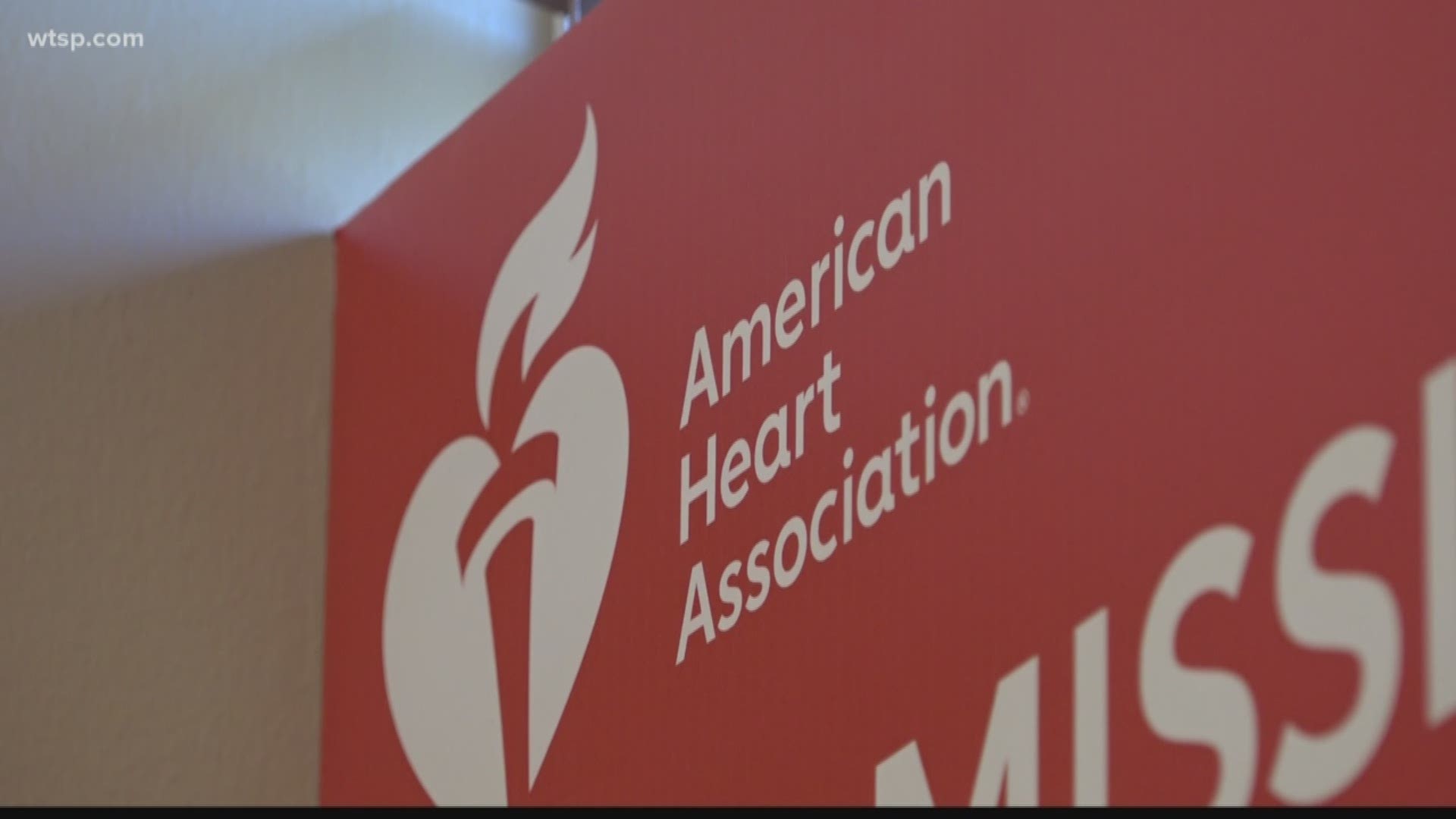 ST. PETERSBURG, Fla. — Brittany Williams will never forget the life-changing trip to New York five years ago. It was the trip when the then-24-year-old runner nearly died.

“My parents looked over, and I thought I was having a seizure. They laid me on the ground. They detected no pulse,” the now-29-year-old said.

The day before, her left side had gone numb. She attributed it to stress. She went into cardiac arrest on the floor of the restaurant and had no pulse for more than two minutes. Two doctors happened to be dining there as well. They performed CPR while paramedics were called. An AED shocked her heart, and she survived.

She was taken to the hospital and was put in a medically-induced coma.

“I had no symptoms growing up until that night of the big episode.”

Now, she’s using her experience to share the importance of heart health with other women.

“Knowing I can help others just makes me so happy, and I feel like I have done my job,” said Williams.

Friday, February 7 is National Wear Red Day. It’s always celebrated during Heart Month, on the first Friday of the month. It is put on by the American Heart Association.

“It is so inspiring. Wear red day really is our day to get out and talk heart health awareness,” said executive director Amanda Palumbo. “We started today with a 1-mile walk out on Bayshore. We carried around our signs that said ‘Honk for heart health’. We had quite a bit of activity on Bayshore.”

The annual recognition of American Heart Month began in 1963 to encourage Americans to join the battle against heart disease, which is the leading cause of death for both men and women in America. Dozens of health institutions from across the nation celebrate and promote the month every year.

National Wear Red Day is always celebrated during Heart Month on the first Friday of the month. This day is part of the Go Red for Women movement and features tons of cool local activations such as City Goes Red, Anchors Go Red, and Puppies Go Red! Go Red for Women is sponsored locally by AdventHealth.

Friday night, area landmarks will light up red to honor Wear Red Day, including, the Sunshine Skyway Bridge, Hyde Park Village, Sparkman Wharf and Museum of Fine Arts, among others.

“(Wear Red Day) just brings us together in such a fun way and helps encourage us out there because heart disease is the number one killer especially in women,” said Williams.

An estimated 92 million Americans are living with some form of cardiovascular disease. It’s the top killer in this country and kills one person every 38 seconds. Women are especially vulnerable. Nearly 1 in 3 will die from it this year.