Nancy Kerr has been officiating weddings since 1991. Her business was featured in a Super Bowl commercial two years ago. 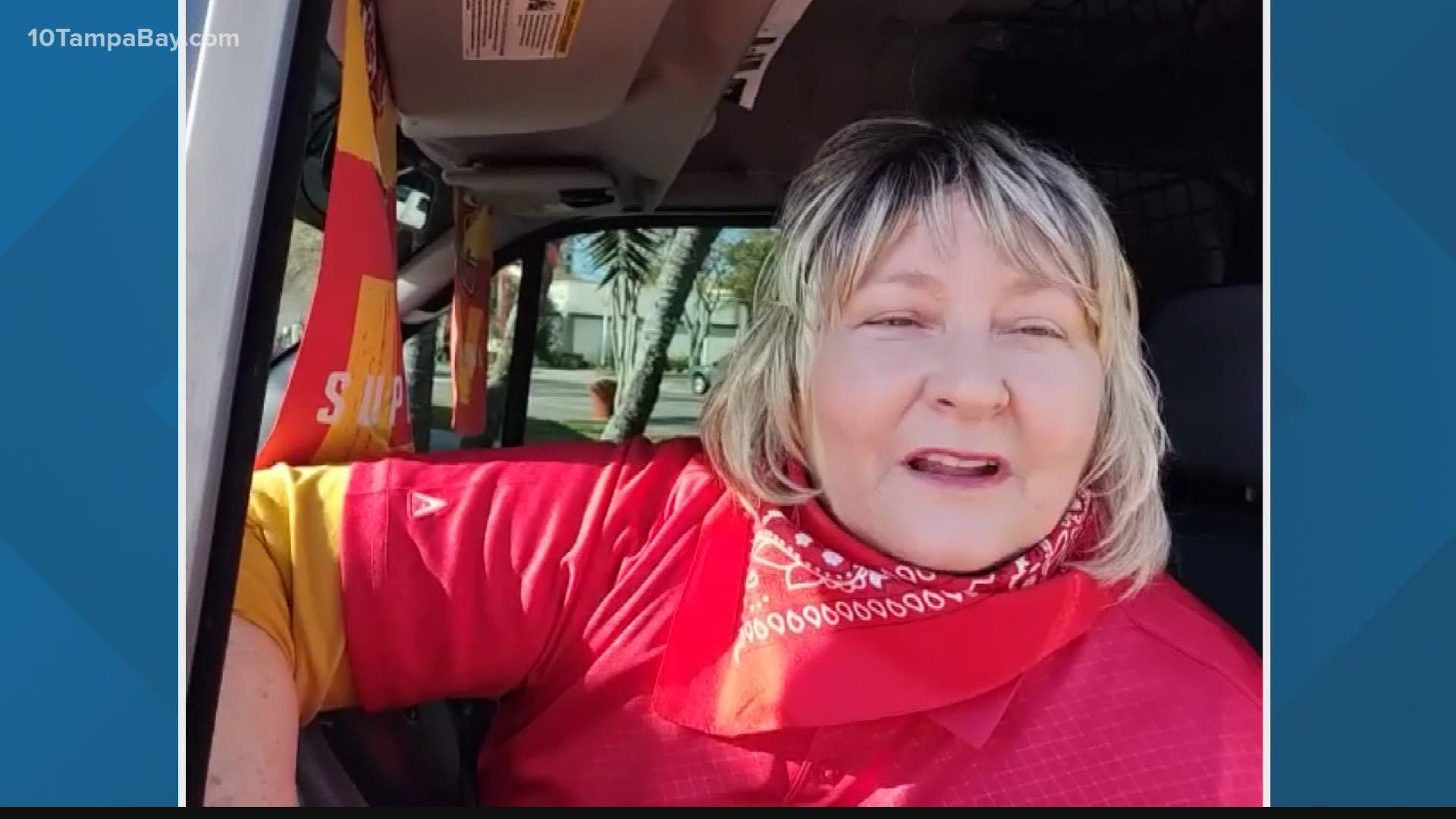 “People are typically happy for weddings,” she said from the cockpit of her pink van. “People want to get married on their scheduled. It’s not just in a church anymore.

That’s why the Kansas City sports fan is in Tampa Bay this weekend – the site of Super Bowl LV. She owns KC Weddings 2 Go, which does mobile weddings for couples across the country.

The night before the big game, she hopes to renew vows for 15 couples at Al Land Stadium.

“We are turning anybody away,” she said. “I’ve done over 100 at one time so we can accommodate as many people as would like to come.”

Her business was chosen to be featured during the Super Bowl two years ago by Head & Shoulders. Her 35-second commercial aired nationwide to over 100 million football fans.

“It was amazing. It’s something I never could have expected.”

Kerr says she’s still a bigger fan of the actual game rather than the commercial, despite being featured during the most-watched television event of the year in the United States. She is a huge Kansas City sports fan and even officiated Royals catcher Salvador Perez’s wedding last year in Ft. Lauderdale.