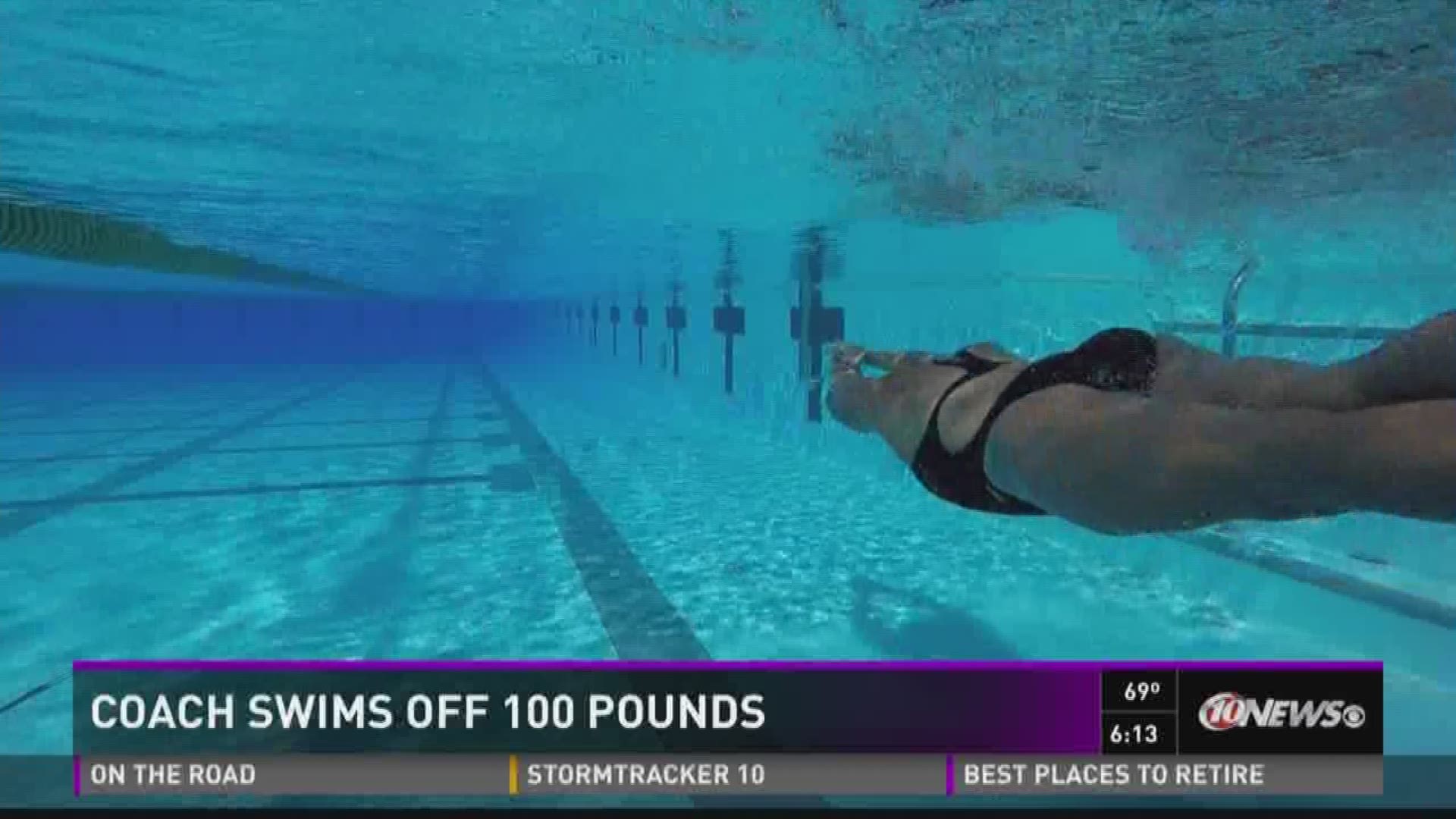 Heather Shourds is impressive because of what she’s overcome and who she used to be.

“My whole lifestyle had to change and I was scared,” she said.

A decade ago, at 31 years old, she was diagnosed as prediabetic. She weighed 230 pounds and was way overweight

She found her life change in the pool.

Now, with a new frame and new mindset, she’s helping others change lives.

“Do a 200!” she barked to Kendra Jacobson from atop the pool deck. With a watchful eye, the New Tampa Family YMCA’s master swim coach guided her pupil through the water.

“I’m not a morning person but I love coming to 5:30 practice in the morning,” said Jacobson, who lost 71 pounds by swimming. “She gets it. She’s so motivational. She’s always so positive. She’s impressive, definitely.”

Her determination is what has elevated Shourds to a new level. In August, she will represent the USA in the Duathlon World Championships in Penticton, British Columbia, Canada. She’ll bike 12.5 miles and run 1.5 miles.

“It’s very humbling but it’s exciting. I want to go do my best. I want to be prepared.”

Not bad for someone who didn’t know how to swim just a decade ago.

Shourds is trying to raise enough money to pay for the trip to the Duathlon World Championships. A GoFundMe account has been set up to help her achieve that goal. She also hopes her 71-year-old father can attend the events since he has never seen her race.