Wounded Warrior’s love for tennis remains even from wheelchair

The Marine veteran picked the sport back up after he was critically injured in Iraq. 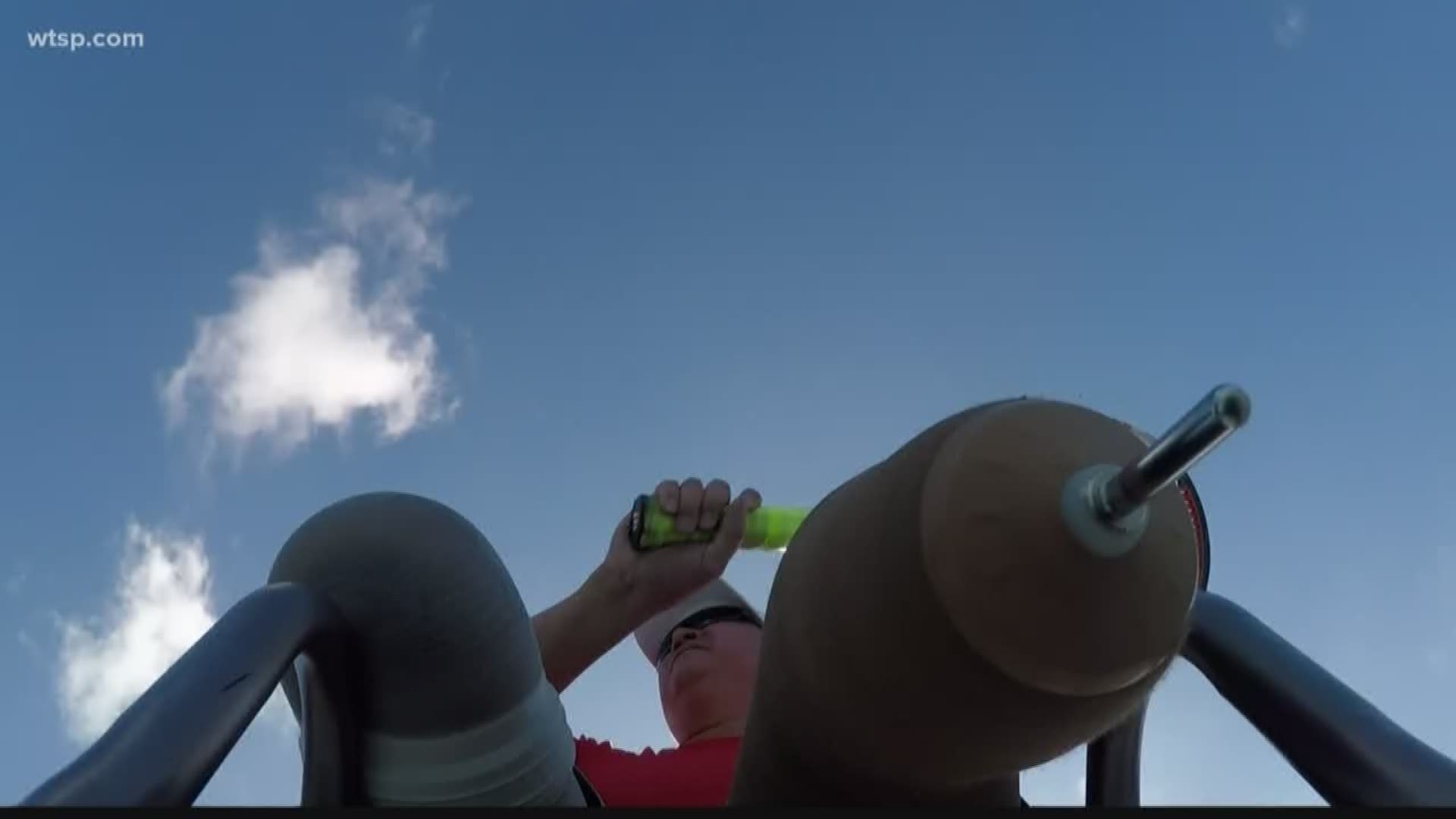 TAMPA, Fla. — If there will ever be a more obvious statement made on a tennis court, it will have to top Elmer Dinglasan’s.

“Tennis is pretty hard,” he said, dressed in a white hat and a red Wounded Warrior t-shirt. “Even with an able-body.”

The Marine veteran smiled as he wheeled around the Juliana B. Lane tennis complex near downtown Tampa Thursday morning. Tennis is a sport he played before entering the military. It’s become more complicated now that he gave up his legs for his country.

“Obviously if you’re a veteran you’re a fighter already,” said his coach, fellow Wounded Warrior Bill Hannigan. “So, here we are. We’re just giving you another tool in your toolbox to get out there and enjoy life.”

Dinglasan’s first day of boot camp fell on his 35th birthday. He began in the Navy before he changed his MOS while in boot camp to the Marines as a corpsman. His background as a medical technologist transitioned him well into the Marines.

“I’d always wanted to join the military, but I had a fulltime job and a wife and stuff. I wanted to change the scenery.”

Shortly after joining his first tour in Iraq, he was critically injured.

“They said it was an anti-tank mine,” he said. “I probably clipped it. Those Humvees are not armored underneath. It just blew right below me.”

He was medically retired after two years of service. He thought many of the everyday activities he enjoyed would have to end.

In 2019, he picked up a tennis racket again for the first time in more than a decade.

“I was a weekend warrior basically,” he said. “Tennis has kind of been a part of me from before.”

He competed for the first time in a wheelchair during an October clinic in Orlando, put on by the Wounded Warrior Project in partnership with USTA.

“Orlando kind of gave me a spark because there was a coach there,” said Dinglasan.

Hannigan understands the struggle Dinglasan faces. He got hurt in a motorcycle accident four months after getting out of the military.

“Of course, you focus on all the stuff you can’t do,” he said.

He got introduced to adaptive sports and it changed his life. Now, he’s coaching others.

“The USTA partners with Wounded Warrior Project to do wheelchair tennis,” he explained. “We want to introduce you to the sport and then also give you opportunities in your community to continue to play.”

There are four other veterans who participate with Dinglasan and Hannigan in weekly practices in Tampa. Dinglasan hopes to play tennis with his six-year-old son someday.

“Just have to keep practicing,” he said as he sent a backhand whizzing over the net. “I should have done it a long time ago.”

Dinglasan has worked in the VA for 12 years.

RELATED: Tampa tops the list as best city in the U.S. for veterans to live, according to new study