“We’re not watching TV, we’re not bringing up any topics that might lead to anger or outbursts, no one’s leaving the house or no one’s arriving at the house" 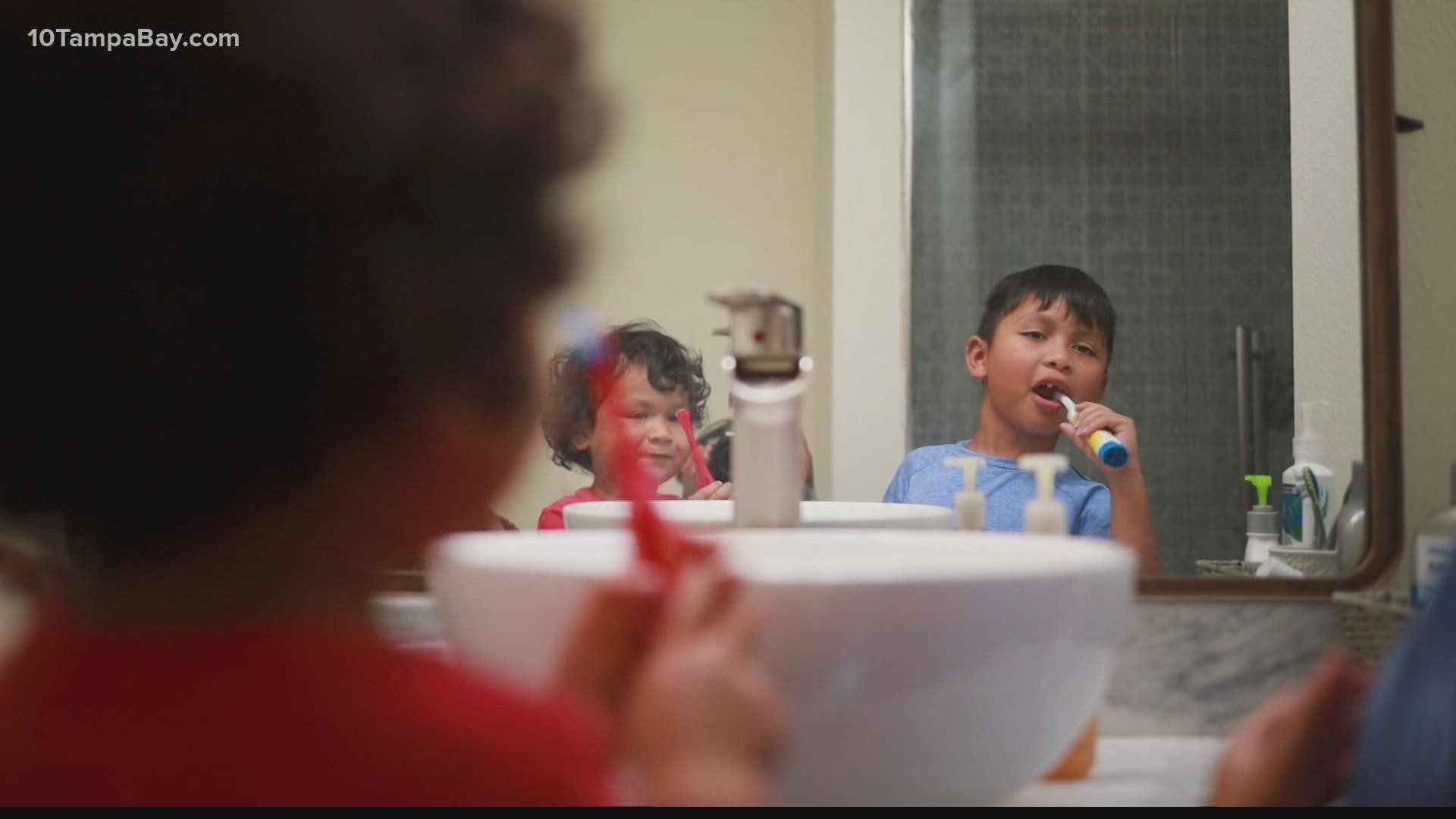 ST. PETERSBURG, Fla. — With the first day of school right around the corner, bedtime routines are back on tap for families across the Tampa Bay area.

“Every two or three nights you inch the bedtime earlier by 15 minutes so it’s not a big change and it’s a lot easier to accomplish.”

He says teens need around nine hours a night of rest, while younger elementary-aged kids need 10 to 11 hours of sleep. To plan accordingly, Ortiz says account for the time it takes to wake up for school, get ready, eat breakfast and get to class on time.

When you’re child isn’t getting the right amount of rest, they can have trouble focusing in class.

"Your brain’s doing a lot of stuff when you’re asleep. Your brain is clearing out the toxins that accumulated during the day. It’s organizing and repackaging the memories that it’s made. The things that it’s learned from the day prior and if you don’t get enough sleep, your brain doesn’t have enough time to do everything it needs to do,” explains Ortiz.

He says to be on the lookout for signs that they’re not getting enough rest, from the time they wake up.

“First thing in the morning, it’s really hard to wake up your child. You come in once, twice, three times, it’s 30 minutes past when they were supposed to wake up and they’re still asking for five more minutes, that’s a sign that something’s up.”

He also says, “during the day, you can see maybe your child is falling asleep taking naps or unintentional naps past age five or six is abnormal and that’s a red flag to see if something’s coming up.”

For younger kids who are struggling to get to bed, Ortiz says tap into their imagination:

“Start thinking about a story that you want to be in, so imagine yourself somewhere like a deserted island, or flying in the sky. Close your eyes and imagine yourself flying, imagine how it would be flying through your neighborhood or imagine how it would be flying over the beach or picture yourself somewhere else like on a boat or walking on a trail. Something that’s kind of fun and exciting and relaxing.”

“We’re not watching TV, we’re not bringing up any topics that might lead to anger or outbursts, no one’s leaving the house or no one’s arriving at the house and that’s a common problem, too because a lot of parents do work at night and having a parent leave at around the same time the child is trying to get to sleep can be a stress and make it difficult for the child to sleep. At the same time, if a parent’s arriving home from work, if they work late that can also be disruptive. So you’ve got to figure out how to make it work so that none of these big transitions are happening at the same time your child is trying to go to sleep.”