The history behind Cinco de Mayo

What's the real reason we celebrate the holiday? 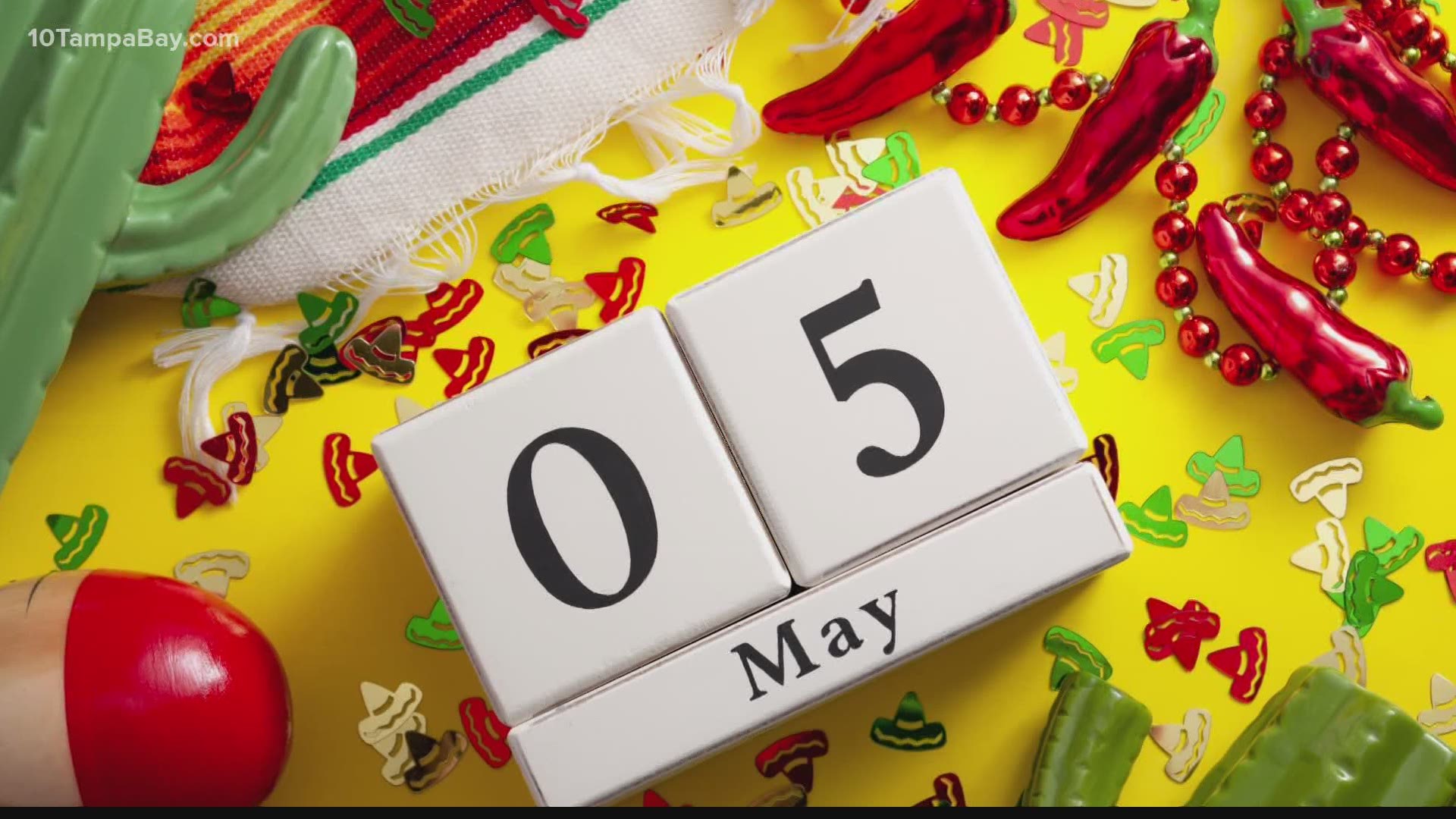 ST. PETERSBURG, Fla. — It's Cinco de Mayo, and while there won't be huge gatherings like in years past, many of you probably have plans to enjoy some Mexican food and margaritas. But, do you really know what you're celebrating?

In the U.S., the holiday is a pretty big deal, so it must be an even bigger deal in Mexico, right?

Cinco De Mayo is a pretty minor holiday there.

A lot of people confuse it with Mexican independence day, which isn't right either. That's September 16th.

Cinco de Mayo celebrates the "Battle of Puebla," which happened more than 50 years later. It was part of a greater fight between France and Mexico. Mexico owed France a lot of money, and France saw an opportunity to grow its empire. In the Battle of Puebla, the Mexicans were outnumbered three to one, but somehow, the fight on May 5th ended with a Mexican victory.

So why is Cinco de Mayo such a big deal here?

It's a day for Mexican Americans to celebrate their heritage. Now, cities all over the country party with parades, mariachi music, and of course, delicious Mexican food.