Ever wonder where the pride flag comes from?

It's a symbol of love and hope for millions of Americans. Here's the history behind the Pride flag. 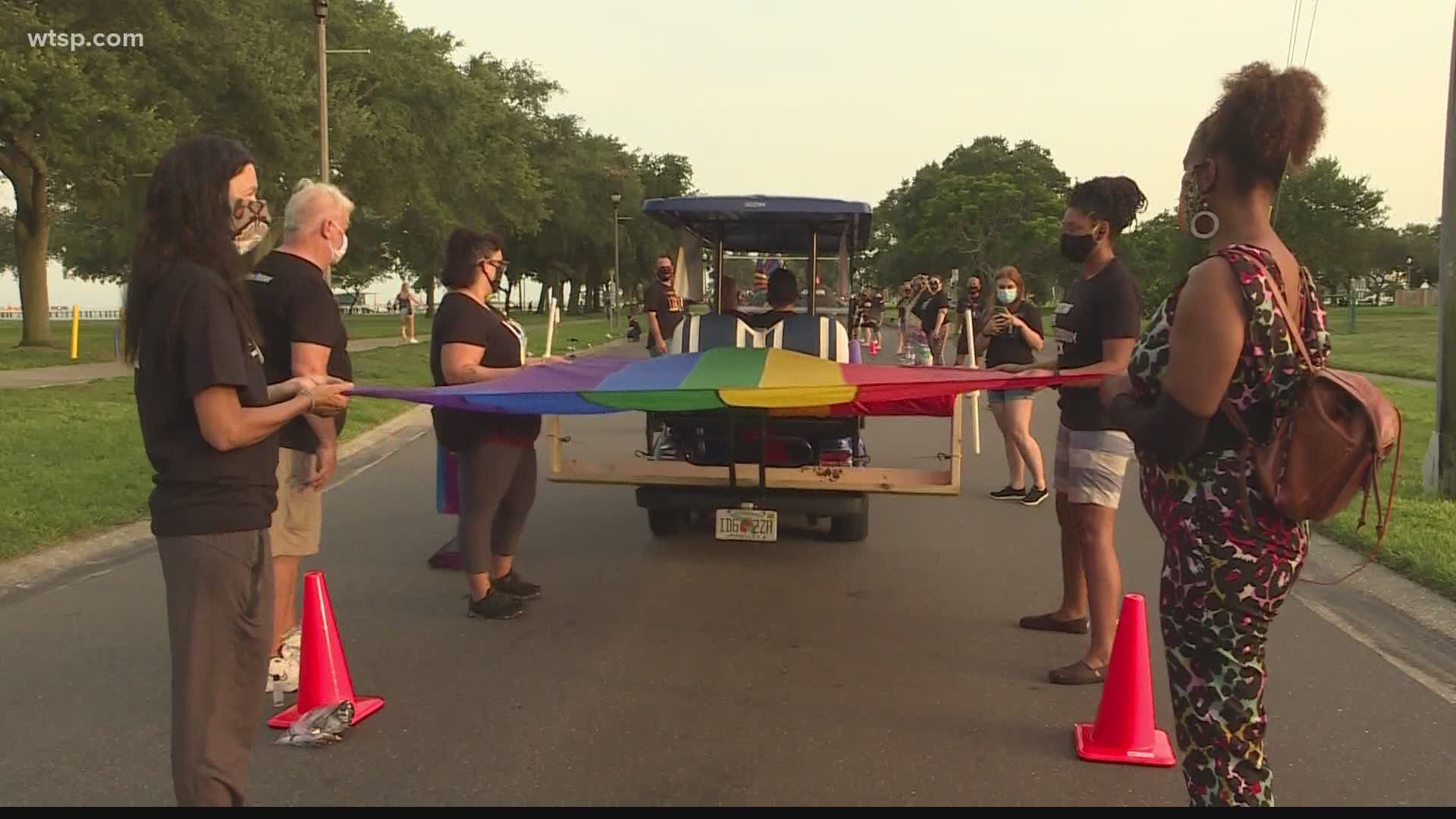 SAINT PETERSBURG, Fla. — June is known as LGBTQIA+ Pride month in honor of the June 1969 Stonewall riots, where the gay rights movement was born.

The rainbow flag has become synonymous with Pride, representing a symbol of love and hope for millions of Americans.

But have you ever wondered where the flag came from?

It dates back to 1978, according to Encyclopedia Britannica, when artist and drag queen Gilbert Baker designed the first rainbow flag, per request by Harvey Milk to create a symbol of pride for the gay community.

Baker originally adopted eight colors for the stripes, each with a different meaning: pink for sex, red for life, orange for healing, yellow for sunlight, green for nature, turquoise for magic, indigo for serenity, and violet for spirit, according to the Gilbert Baker foundation. The first versions of these flags were flown on June 25, 1978, for the San Francisco Gay Freedom Day parade, the foundation says.

Credit: AP
Gilbert Baker, designer of the Rainbow Flag, is draped with the flag while holding a banner that reads "Boycott Homophobia" before the start of the St. Patrick's Day parade, Monday, March 17, 2014 in New York. The city's parade stepped off Monday without Mayor Bill de Blasio marching along with the crowds of kilted Irish-Americans and bagpipers amid a dispute over whether participants can carry pro-gay signs. (AP Photo/Mark Lennihan)

However, Encyclopedia Britannica says, since all the flags were made by hand, production issues caused them to drop the pink and turquoise stripes and replace the indigo with blue—resulting in the six-striped flag we know today.

In 1994, Gilbert Baker made a version of the flag that stretched more than a mile across Key West for the 25th anniversary of the Stonewall riots, solidifying the rainbow flag as a symbol of LGBTQ+ pride.

Credit: AP
FILE - In this June 30, 2019, file photo parade-goers carrying rainbow flags walk down a street during the LBGTQ Pride march in New York, to celebrate five decades of LGBTQ pride, marking the 50th anniversary of the police raid that sparked the modern-day gay rights movement. Legislation that would create new protections for LGBTQ Americans is stalling out in the U.S. Senate. Democrats were hopeful they could pass the Equality Act this year since they control Congress and the White House. (AP Photo/Wong Maye-E, File)

Presidents Bill Clinton, Barack Obama and Joe Biden are the only U.S. Presidents to acknowledge Pride Month. Clinton recognized the month in 1999 and in 2009 Obama officially declared June Pride month.

In 2012, The Pentagon held its first Pride event.