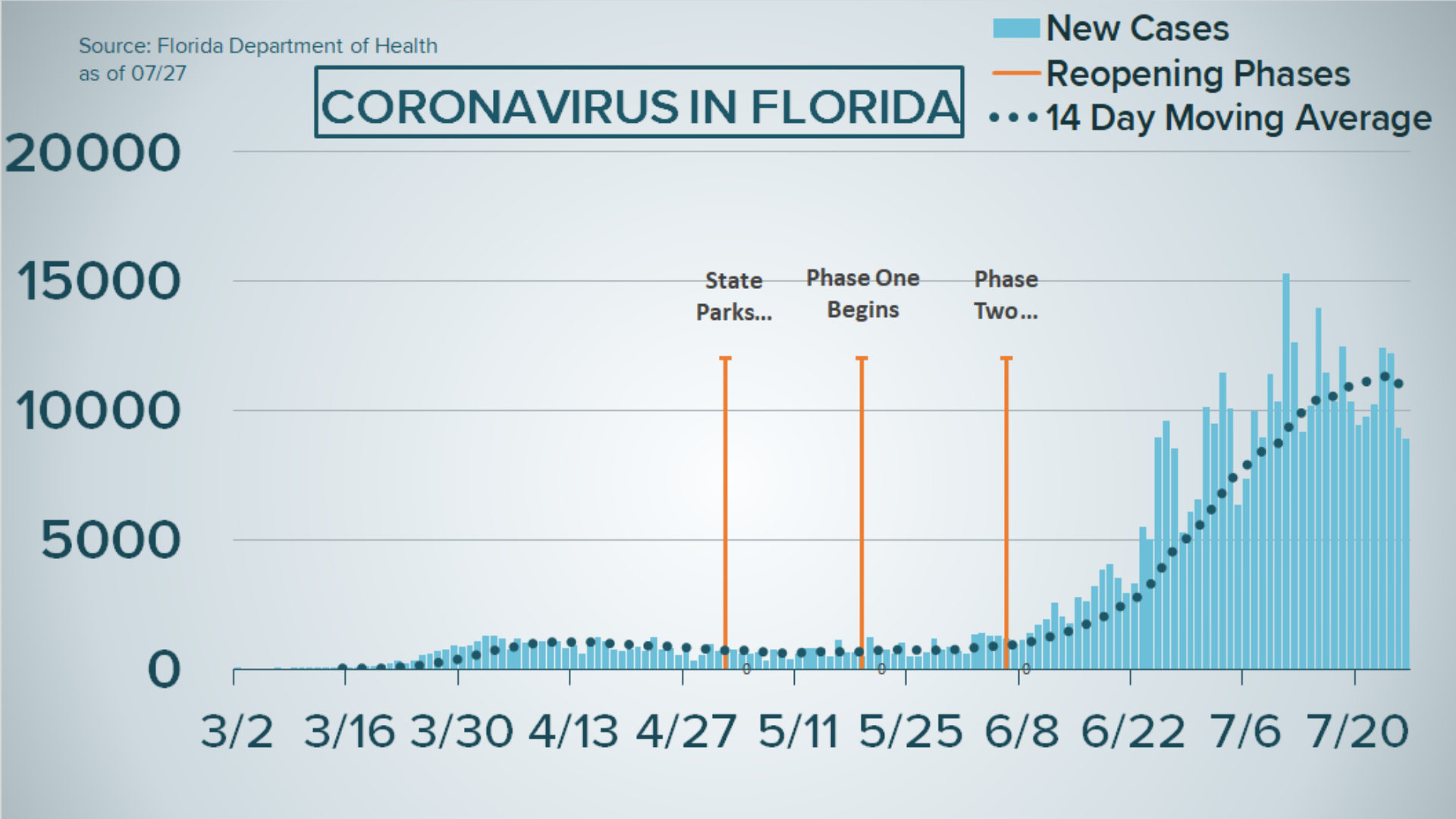 Moving closer to a vaccine 💉

We could be one step closer to finding a vaccine for the coronavirus.

A vaccine created by the National Institutes of Health and Moderna is moving into phase three of clinical trials. Vice President Mike Pence made the announcement Monday at the University of Miami.

Clinical trials for the Moderna vaccine will be conducted at 89 different sites across the U.S., including Miami.

RELATED: A step closer to a COVID-19 vaccine: Moderna to move into phase 3 clinical trials in Miami

Another round of stimulus checks? 💸

A proposal from Senate Republicans called the "HEALS" Act would include another round of $1,200 direct payments to Americans.

The qualifications to receive a check would be the same as it was for the first round of payments from the CARES Act, according to Iowa Senator Chuck Grassley. That means American adults who make up to $75,000 would receive the full $1,200.

RELATED: GOP unveils 'HEALS' Act with another round of $1,200 stimulus checks

Invest 92-L is likely to become Tropical Storm Isaias (ees-ah-EE-as) sometime in the next few days. If this storm develops, it will be one to watch for Florida and much of the East Coast.

While numerous computer models, including the GFS, show this potential tracking near Florida and along the East Coast next week, our often more reliable European (ECMWF) model actually struggles to show significant development and even shows this tropical wave drifting through the Caribbean until it dissipates.

The system will reach the Caribbean in about three to four days. Any land interaction with Puerto Rico or Hispanola would also diminish the intensity of the storm.

RELATED: Invest 92-L likely to become Tropical Storm Isaias in the next couple of days