Eye exams for kids are more important than ever, eye doctor says 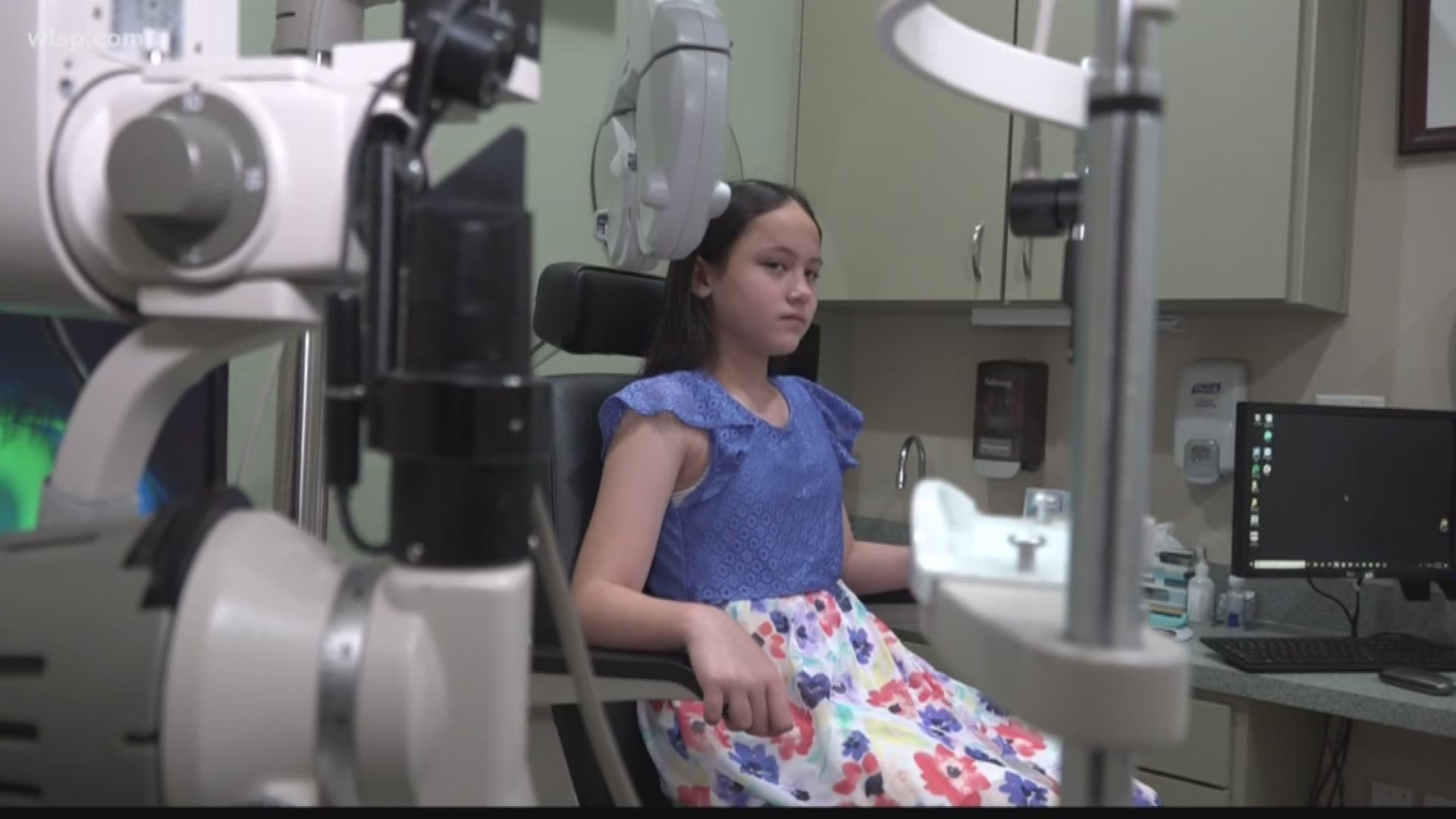 TAMPA, Fla. — As your kids head back to school this week, they'll be spending a lot more time indoors, looking at books and computers and even their phones. It can take a toll on their eyes.

"I was nearsighted so it was hard for me to see the board sometimes," Beverly said.

"Now I don't have to use glasses I just put in nighttime contacts and take them out in the morning and I can see perfectly fine," Beverly said.

Bonilla-Warford is says many eye conditions can be missed in just a quick screening with the regular pediatrician.

Anthony Acevedo, 12, had the same problem until he came to see Bonilla-Warford.

"He pretty much fixed my eyes and I can see everyday," Acevedo said.

Bonilla-Warford prescribed contacts for both Acevedo and Beverly to wear overnight that basically re-shapes the eye and helps them see clearly during the day.

"So in the short term, glasses might make the child see more clearly and that's important, but in the long term we want to make sure these sorts of problems don't get worse," Bonilla-Warford said.

Bonilla-Warford said studies show more people than ever are nearsighted.

"The biggest reason appears to be that children are not getting outside as much as they used to and also more time up close, more device time and near work than ever before," Bonilla-Warford said.

Since screen time appears to be an issue, we wanted to know if those trendy blue light filtering glasses are worth it.

Bonilla-Warford  says they won't hurt, but "I would rather employ better habits of reducing screen time and getting more exercise and doing things."

A comprehensive eye exam can also pick up on other things like tracking problems, lazy eye and farsightedness.

Worried that your child might be having trouble seeing? One of the most obvious signs is squinting, but here are some other things to look for: