A dive into the science of falling into Autumn

The first day of fall is on Monday with the Autumnal Equinox officially landing at 3:50 a.m. EDT. 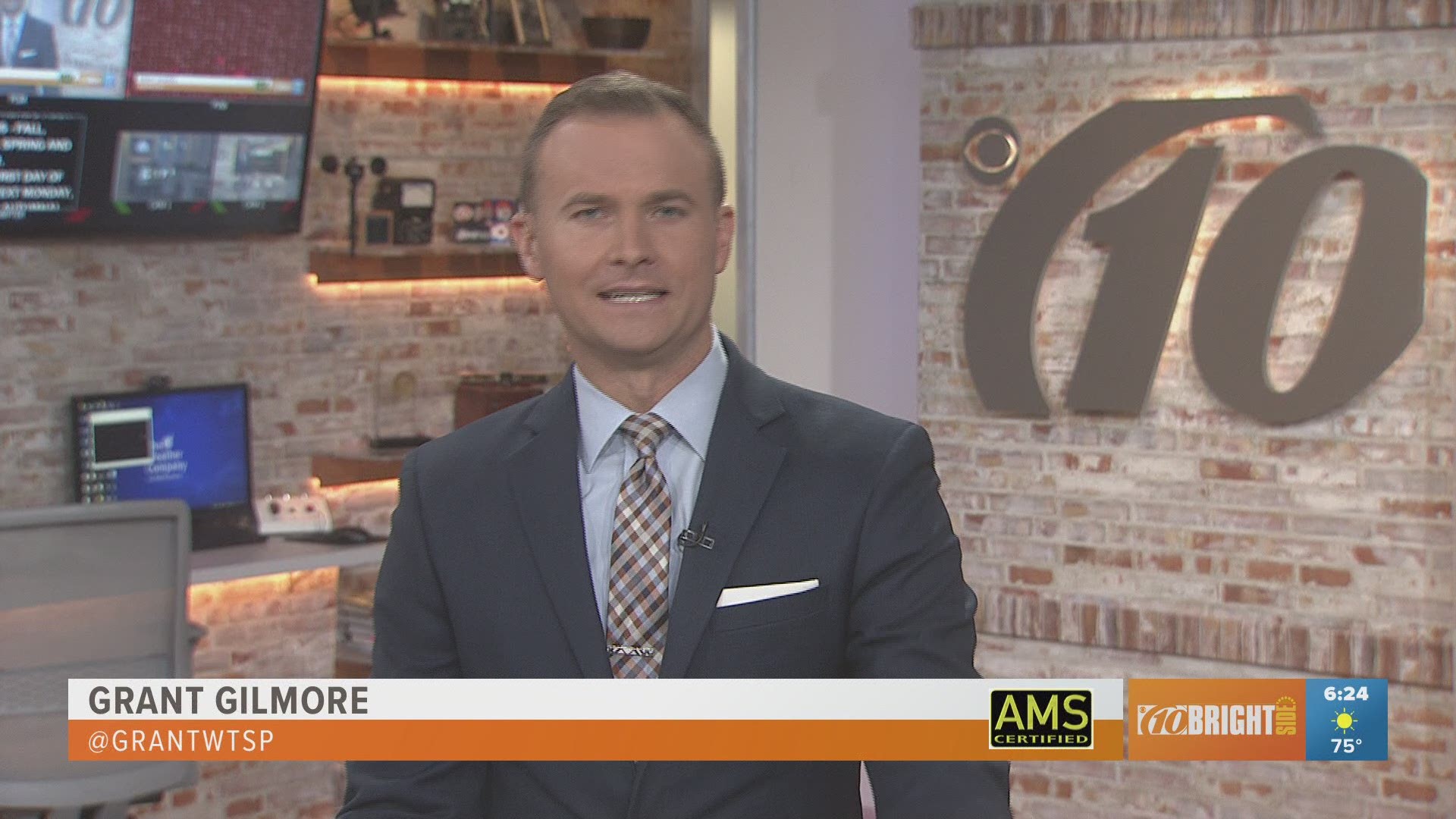 ST. PETERSBURG, Fla. — Spring, summer, fall and winter. Inevitably each season comes and goes, all bringing their own unique influence on the year. As we wrap up yet another hot and humid summer, the first day of fall hits this year is Monday, Sept. 23rd. To be more exact, the Autumnal Equinox will officially occur at 3:50 a.m. EDT. What is an equinox anyway?

To explain an equinox we first have to remember that the Earth's axis is tilted roughly 23.5°. It is this tilt that ultimately drives our seasons.

As Earth's orbit takes our planet around the sun, the relationship of that tilt to the sun changes. There are two times of the year when the Earth's axis is tilted neither toward or away from the sun - The Vernal (Spring) Equinox and the Autumnal (Fall) Equinox. This results in almost equal day and night all around the glob. The two times of year of equal day and equal night are called the Equinoxes. Equinox is a word derived from two Latin words - aequus (equal) and nox (night). The exact time of an equinox occurs when the sun is directly overhead at the equator.

Once the Earth passes beyond an equinox where the axis is perpendicular to the sun, one of the poles will start to point farther away from the sun. The two points in the Earth's orbit around the sun in-between the two Equinoxes are called a solstice. The term solstice is derived from the Latin word solstitium which is made up of sol, "the sun", and sistere, "to make stand or stand still".

The summer solstice is the exact moment when Earth's tilt toward the sun is at a maximum. This is also when the sun is directly over the Tropic of Cancer, which is located at 23.5° latitude North. This marks the first day of summer for the Northern Hemisphere.

At this same time the South Pole is pointed away from the sun giving the Southern Hemisphere it's least amount of daylight of the year.

The opposite is true for the winter solstice which marks the shortest day and longest night of the year for the Northern Hemisphere. This occurs when the Earth reaches the point in its orbit where the North Pole is pointed at its furthest point away from the sun. This is also when the sun is directly over the Tropic of Capricorn, which is located at 23.5° south of the equator.