Hurricane season: Where to look for tropical development in June

So, where do we typically look for tropical development in June? 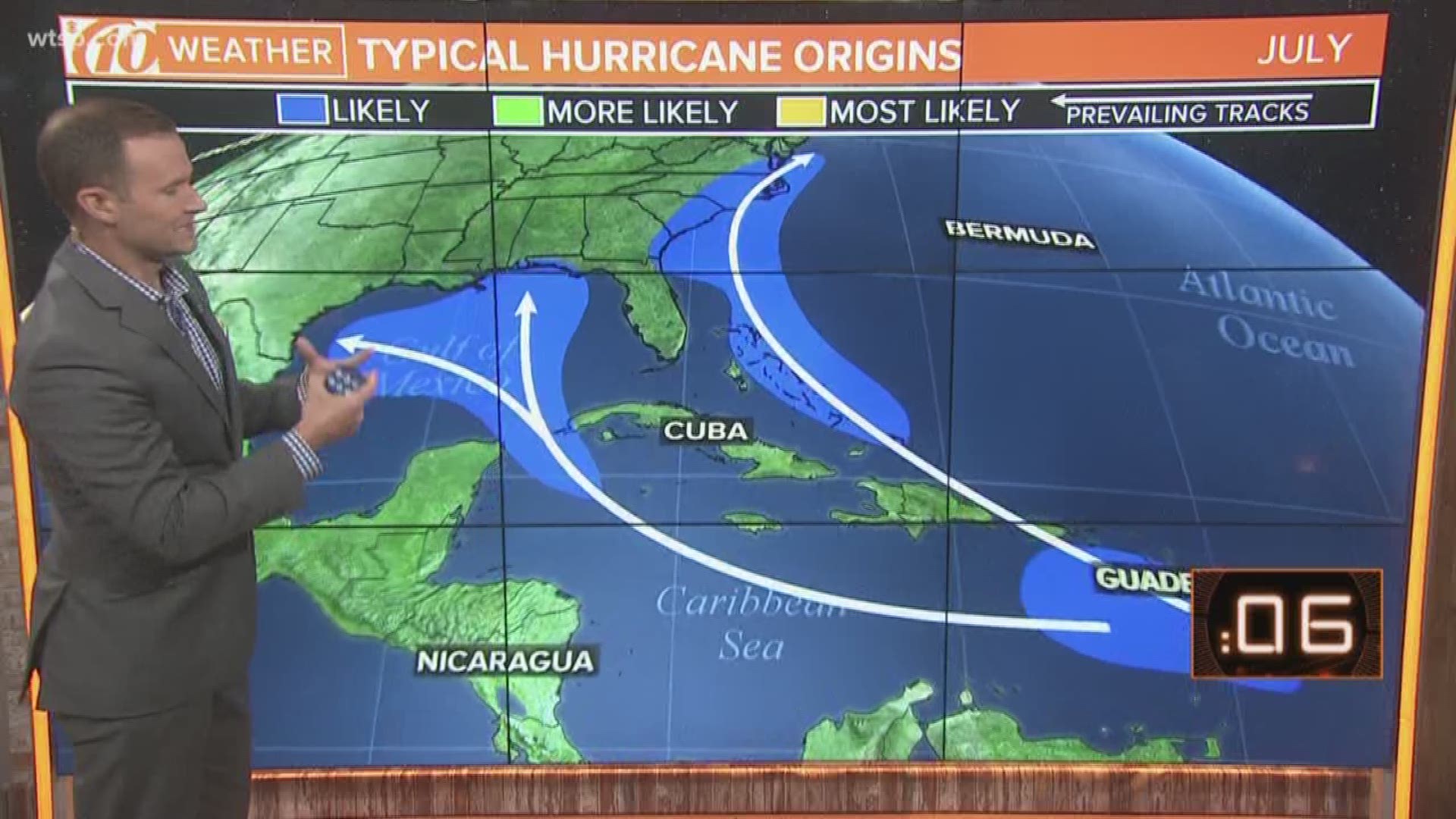 June marks the first month of the six-month hurricane season that lasts through the month of November.

As the season gets started, meteorologists typically look for tropical cyclones to develop in the Gulf of Mexico and off the coast of the Southeast.

Temperatures in the relatively shallow waters of the Gulf of Mexico warm sooner than the rest of the Atlantic Ocean. Warm ocean waters provide fuel for tropical systems to develop and strengthen.

While the warm waters of the Gulf of Mexico fuel storms, you need something to spark the storms. Later in hurricane season, we look for tropical waves moving across the Atlantic, but early in the season, we have to look for other points of genesis. Enter stalled out frontal boundaries.

In late spring, cold fronts that sweep through the U.S. still drop south through the Gulf of Mexico. As these fronts stall out and dissipate, they become a focus for areas of thunderstorms to potentially organize into a tropical cyclone. As the season advances, fronts don't make it as far south and become less of a mechanism to produce tropical systems.

Meanwhile, the open waters of the Atlantic Ocean aren't typically ready to produce tropical systems. A few of those limiting factors are higher wind shear, dry air from Africa is still abundant and the ocean water is still warming up. By August and September, however, this will be the area to watch for development as those limiting factors subside.

Atlantic hurricane season 2019: Where to look for tropical development in June

1 / 6
WTSP
Here is where to look for tropical development in June.