Shining light on the science of a double rainbow 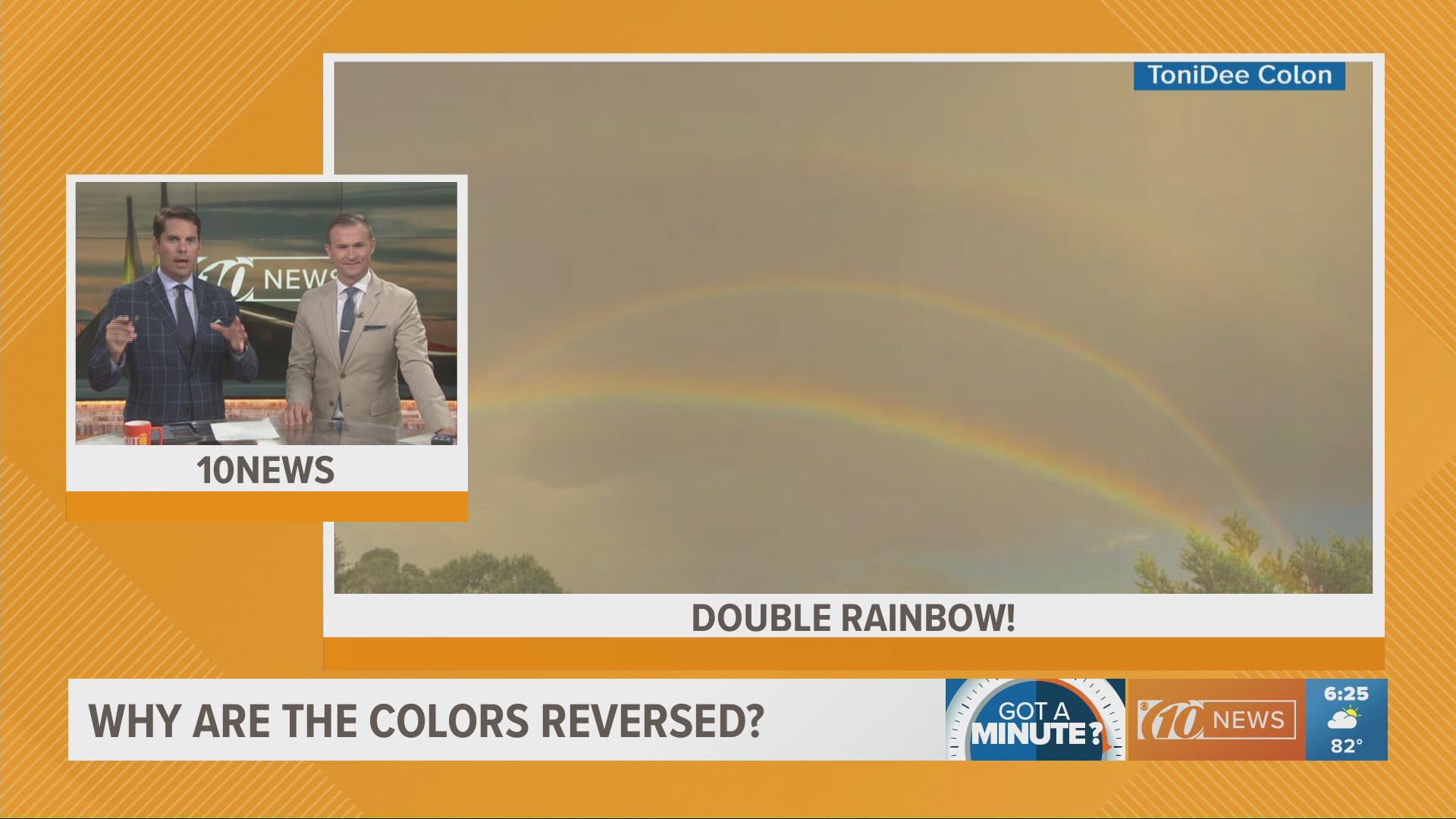 Rainbows are a fairly common sight in Florida. Even double rainbows can be seen quite regularly, but have you ever wondered what causes a rainbow in the first place?

In order to have a rainbow, you need two things: sunlight and raindrops.

As the light from the sun enters the raindrops, the light is refracted or bends and the colors of the visible light spectrum are dispersed. This is the same process that occurs when you shine light into a prism.

The now-dispersed colors continue to the back side of the raindrop and are then reflected back toward the front of the raindrop. As the light exits the raindrop it refracts again, separating the colors further.

The result of the process is a beautiful rainbow. But what about a double rainbow?

The same process occurs for a double as a single rainbow through the stage in the process when the light reflects off the back of the raindrop.

If you look closely you will notice that the colors in the second, outer bow are reversed from the primary bow. It's something a viewer named Alan Janney pointed out on the 10News Facebook page.

In order to see any rainbow, you have to have the sun behind you and the rain in front of you. You also have to have multiple raindrops falling through the air to produce at least one rainbow. And if you're lucky, maybe you'll see two.

How a double rainbow is formed

1 / 5
WTSP
This graphic shows how a rainbow is formed.