What's that falling from the sky? Sound smart when you talk about space matter

You've watched lights dance across the night sky but do you know the scientific term for what you are looking at? Let's breakdown the different terms. 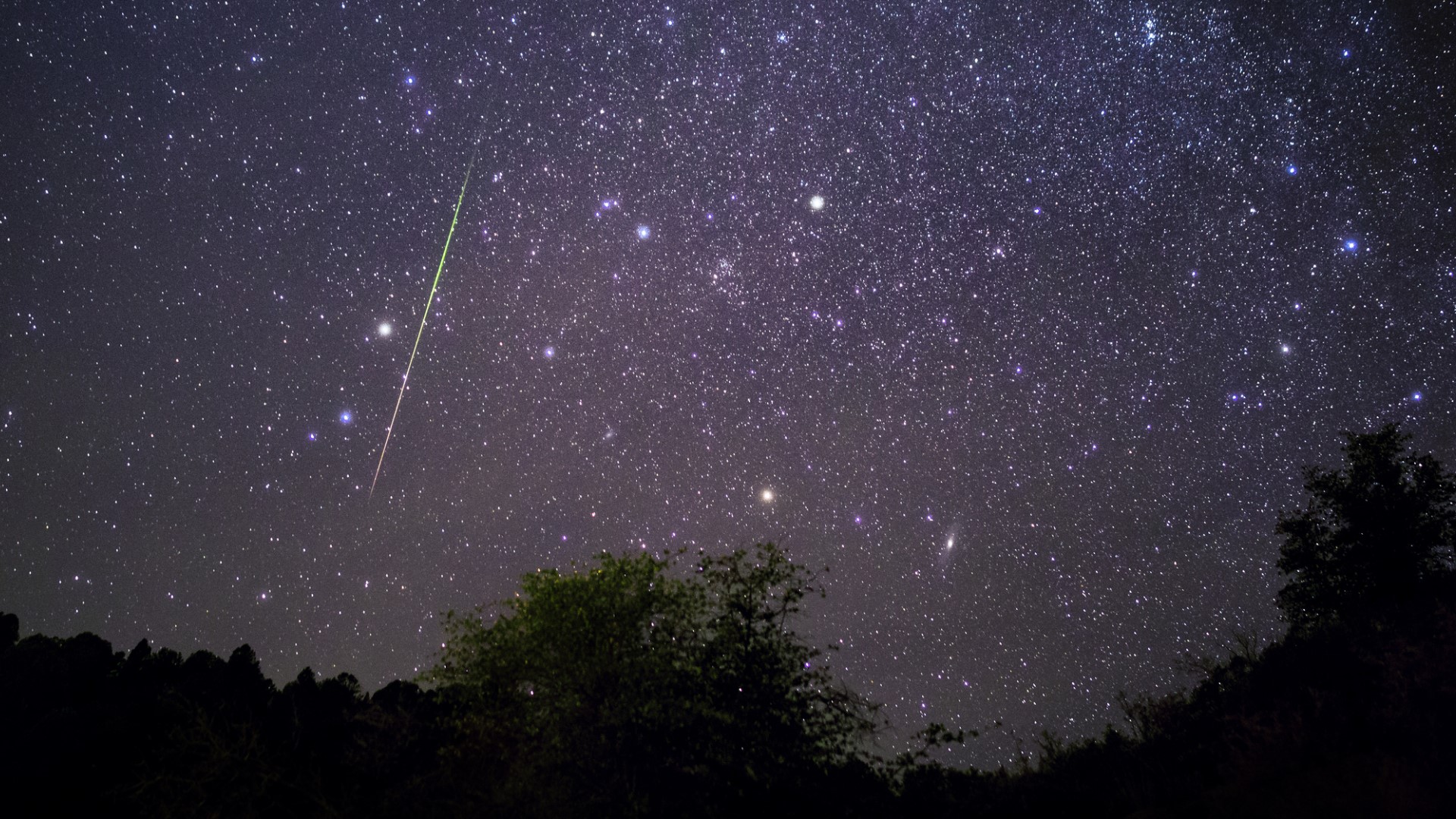 Tuesday is National Meteor Watch Day and we love to watch as lights streak across the night sky. Through the years we've come up with some pretty creative names to describe what we see.

Those names aren't exactly accurate though.

"Shooting stars" are anything burning up from the friction of the atmosphere as it races toward earth. This could be man-made or something actually from space.

If it's from space it's called a meteoroid. Any sort of small rocky or metallic debris traveling in outer space.

When a meteoroid enters the atmosphere we call it a meteor. It picks up speed falling through the earth's atmosphere and burns off material. The fire it makes is what we see streak across the sky as it falls. According to NASA, on any given night you could see several meteors per hour from anywhere on earth.

A meteor shower is when there is a window of time when the frequency of meteors increases. If the meteor survives the trip through the atmosphere we call it a meteorite. NASA estimates about 48.5 tons of meteoritic material falls on the Earth every day.