"Nofire credits it to curbing the frequency of her migraines bringing them from around 10 or more before its use, to now around five a month." 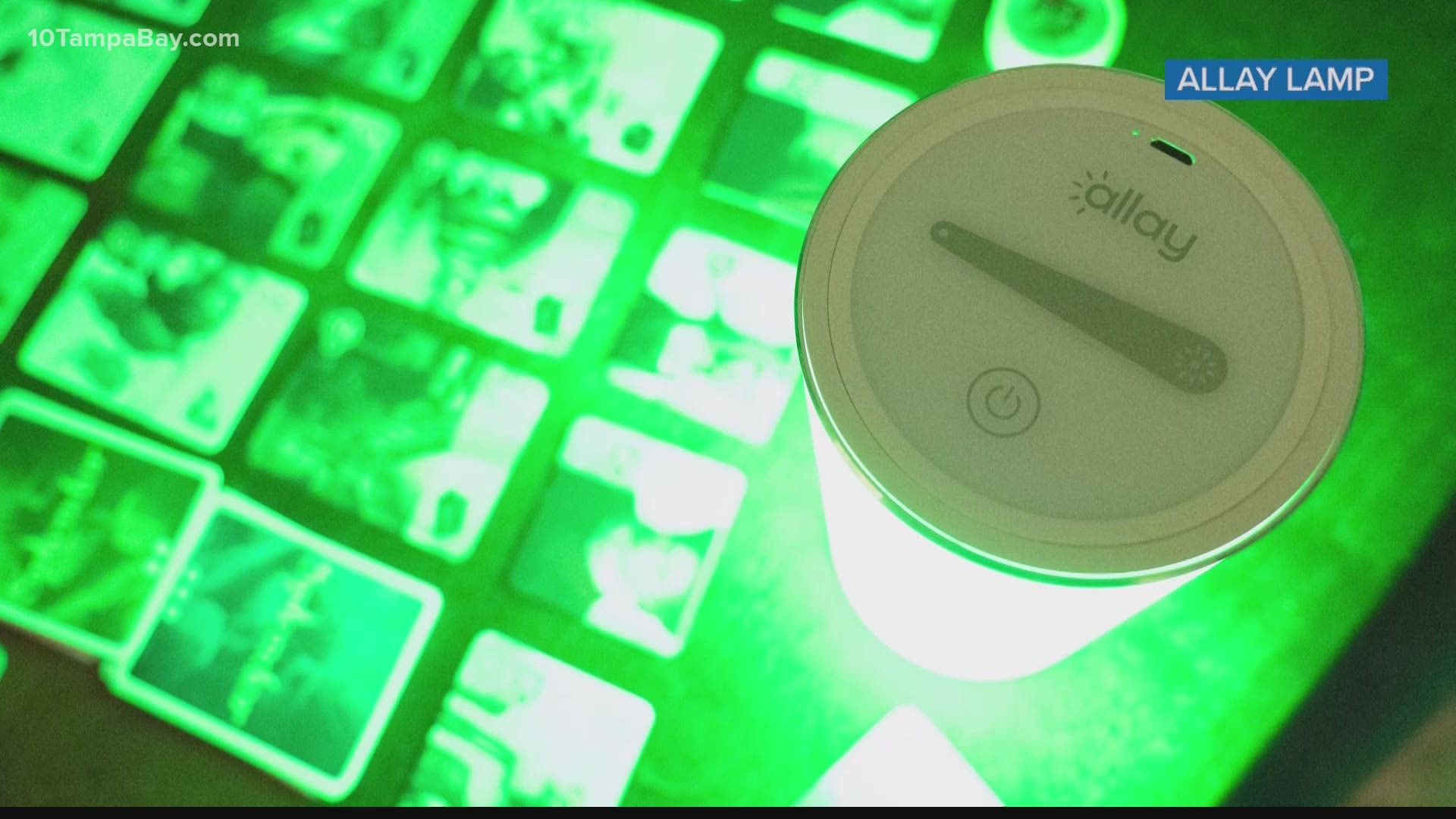 It's a disabling neurological disorder that's often inherited and linked to environmental factors but researchers have not been able to pinpoint the exact cause.

Despite that, they’re constantly learning more about the disorder and expanding treatment options. Perhaps there’s a green light at the end of the tunnel.

She says the pain was debilitating to include a pounding head, nausea and vomiting that often led her to isolate. Nofire says she’s relied on all sorts of medications and treatments.

“Imitrex was one that they tried for me and that was one that worked for a little while and then just wasn't as effective after a certain period of time."

Cue the Allay Lamp, which emits a soft green hue.

"We're exposed to this light every day. This is part of the natural spectrum of light, but it's just isolating to just that and to isolate to 10 nanometers of light, takes very precise devices,” explains its co-founder, Ajay Kori of Tampa.

The narrowband greenlight therapy has been researched at Harvard Medical School and brought to the market through the lamp. Kori says the biggest benefit for users is, if they sense a migraine coming on, they go into a room with no other light sources, turn on the lamp and go about their activities: “go about cooking or playing with your kids whatever you were going to do anyway,” he said.

Medical experts say the lamp’s creators are certainly onto something.

"A light in general was thought to be triggering for migraine but there's been some basic research that suggests that exposure to green light, in particular, does not trigger migraine attacks and there actually may be a reduction in your perception of headache, so that there may be a therapeutic opportunity to exposure to green light in particular,” explains Dr. Teshamae Monteith, chief of the Headache Division at University of Miami.

Nofire has been using the Allay Lamp for about a year now and says she sees the best benefits from consistent use.

"Of course I use it when I do have a migraine, but I use it at night, every night. Usually from 30 minutes to two hours just depending on what my schedule looks like."

She explains that helps her relax and release tension in her head and neck. It’s also improved her quality of sleep.

While it’s not a cure-all, Nofire credits it for curbbing the frequency of her migraines bringing them from around 10 or more before its use, to now around five a month.