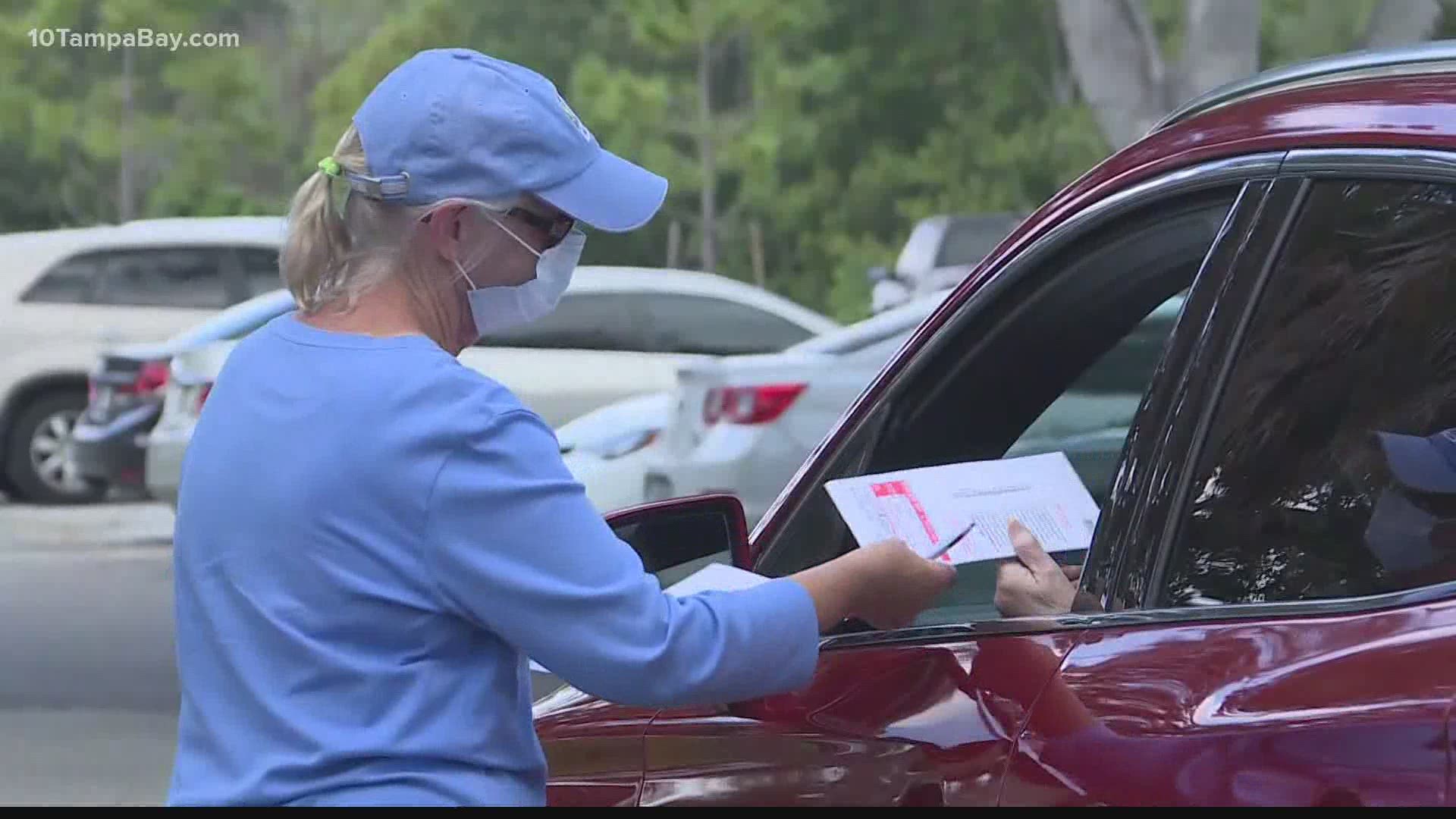 ST. PETERSBURG, Fla — Good morning, Tampa Bay! It's the start of another week. Thanks for waking up on the Brightside with us!

If you're looking to head to the polls ahead of Nov. 3, many counties in Tampa Bay will be open for early in-person voting this morning.

Early voters go to designated locations and deposit their ballots into the same tabulation voting equipment used on Election Day. Voters should bring valid pieces of photo and signature identification.

While all counties will have in-person early voting Oct. 24-31, quite a few here in the area will open on Oct. 19.

To find early voting times, sites, and information in your area, click here.

RELATED: Early voting dates and locations for the 2020 general election

The Tampa Bay Lightning, of course, got everything on the right track by winning their second Stanley Cup championship inside the NHL bubble. And for the first time since 2008, the Tampa Bay Rays are going to the World Series. They'll take on the Los Angeles Dodgers on Oct. 20.

How about the Tampa Bay Buccaneers? There's still a lot of season to go with a 4-2 record but with Tom Brady at the helm, well, it's hard to write off a six-time Super Bowl champion.

RELATED: Welcome to 'Champa' Bay: Can the Rays, Bucs keep the streak going?

While most of the hurricane season is behind us now, there is still time for dangerous storms to develop.

The next name to be used in 2020 is Epsilon. The last-named storm was Hurricane Delta. Delta made landfall in Louisiana on Oct. 9 as a strong Category 2 hurricane.

As of Monday morning, the National Hurricane Center is tracking two disturbances that many models suggest could, at least, become named tropical storms.

One low-pressure system, Invest 94-L, is located 700 miles southeast of Bermuda and is likely to develop into Epsilon over the next day or two. At this point, the system does not pose a threat to the U.S.

RELATED: Tropical storms may develop this week in the Caribbean and Atlantic