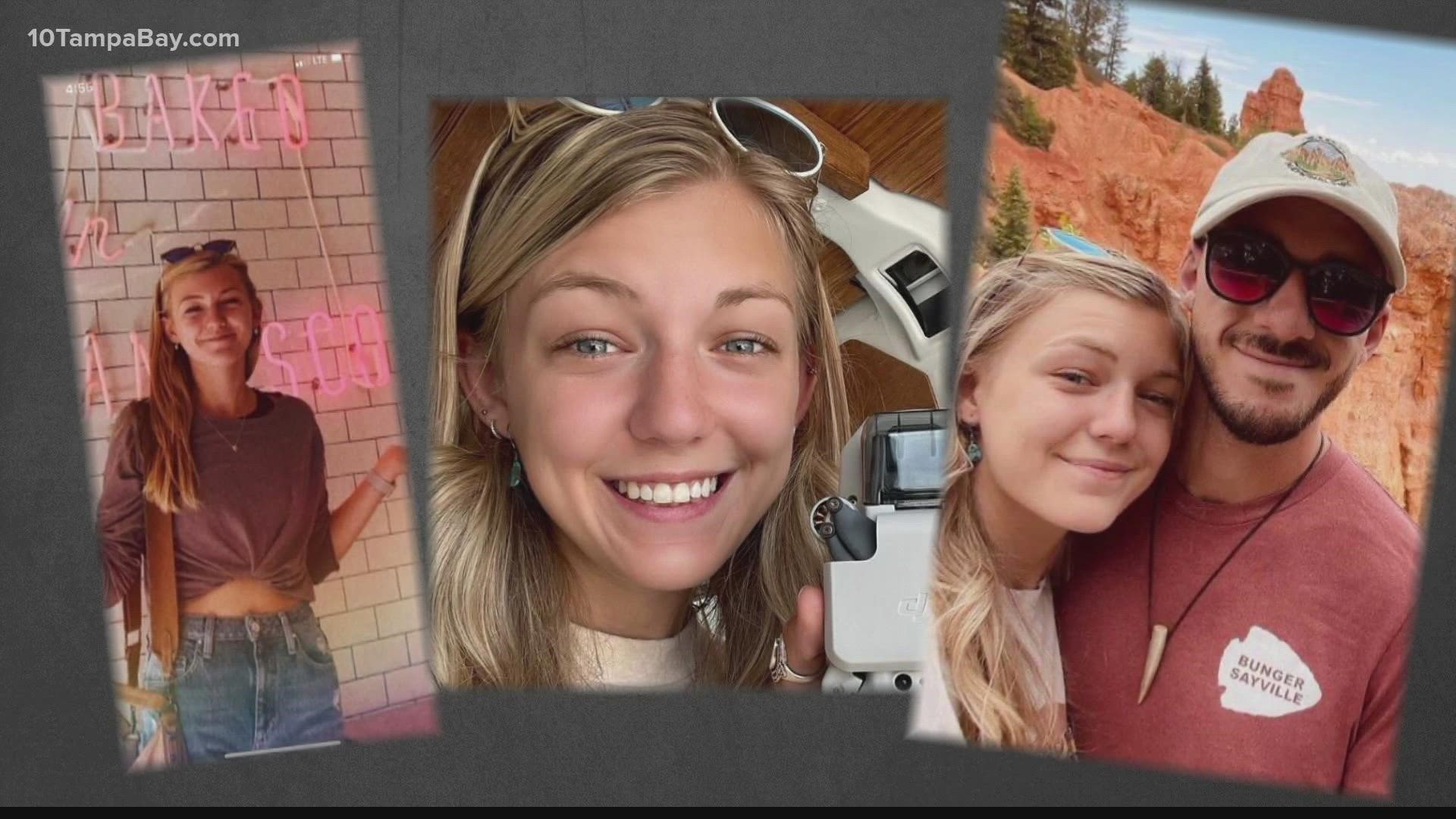 Good morning, Tampa Bay! It's Wednesday — we're halfway through the workweek. As you start your day on the Brightside, here are a few things you need to know.

Where is Gabby Petito?

Gabrielle Petito, a 22-year-old living in Florida, set out on a cross-country road trip with her boyfriend but hasn't been seen or heard from in weeks.

Her family reported her missing.

Petito is 5-feet, 5-inches tall and weighs 110 pounds, according to police. She has several tattoos, including one on her forearm that reads, "let it be."

Now, her family is calling on her boyfriend to help find the 22-year-old. In a statement, the Schmidt and Petito family said her boyfriend "refuses to help."

North Port Police said it is assisting New York authorities in the case. While the department believes no crime took place in Florida, it says "the circumstances are odd."

The van she was traveling in was found at the home of Petito's boyfriend's parents.

At this time, police aren't saying her boyfriend is a suspect and stopped short of calling Laundrie a "person of interest."

Petito's boyfriend returned to the area where the two moved a couple of years ago but has not publicly talked about her disappearance.

Petito and her boyfriend also made their presence known in Utah. Moab City Police say officers responded to an incident that involved the two last month. However, authorities say an investigation revealed there was not enough evidence to pursue criminal charges. What police were investigating was not shared by authorities.

RELATED: She began a cross-country road trip in July; her family hasn't heard from her in weeks, police say

The September installment of the advance child tax credit payment is set to start hitting bank accounts via direct deposit and through the mail.

The payments are scheduled to arrive on the 15th of each month except on weekends, so the September payment is set to arrive Wednesday. The payments are going out to tens of millions of Americans, so don't be surprised if it takes a day or two to show up.

RELATED: Why now is a great time to talk to your kids about money

Where are the lovebugs?

We love to hate them.

Twice a year – around May and September – lovebugs emerge in swarms and then wind up splattered and smeared all over the front of your car as they spend their brief lives above ground paired up in an all-out mating frenzy.

But not this year (not that we're complaining).

At least that’s the observation of many who say they just haven’t noticed the massive swarms and stuck-on bugs of seasons’ past.

Twitter and TikTok are filled with people across Florida asking what happened to the lovebugs?

Some users went so far as to wonder: “Did COVID kill them off?”

We verified and found that no, COVID-19 didn't "kill them off," but there are a few reasons why you haven't seen as many.

RELATED: No, COVID didn’t ‘kill off’ lovebugs but here’s some reasons why you’ve noticed fewer lately