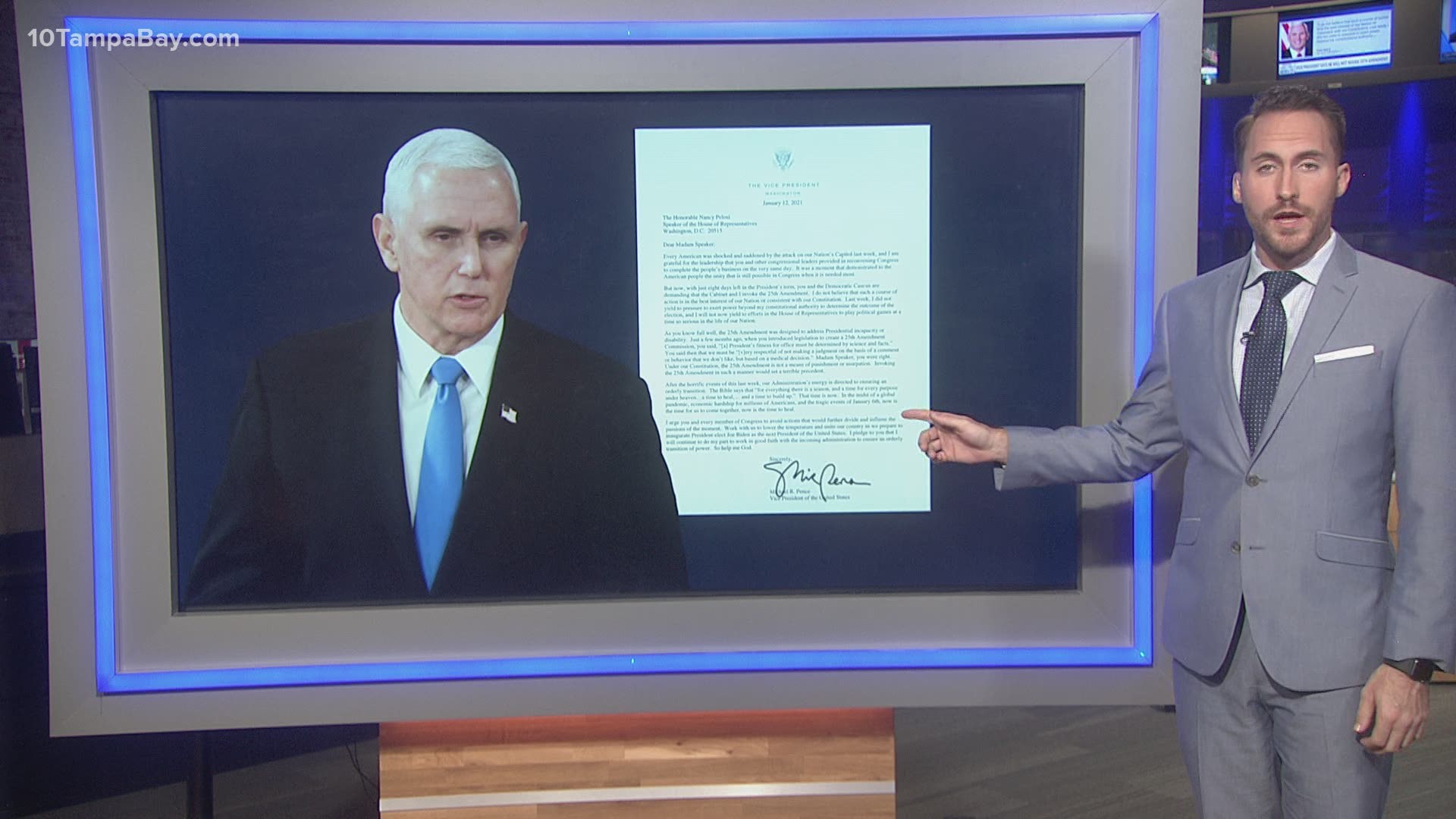 The U.S. House rushed ahead Tuesday toward impeaching President Donald Trump for the deadly Capitol attack, taking time only to try to persuade his vice president to push him out first. Trump showed no remorse, blaming impeachment itself for the “tremendous anger” in America.

Vice President Mike Pence said he would not invoke the 25 Amendment. He wrote a letter to House Speaker Nancy Pelosi saying it would not be in the best interest of the nation and it was “time to unite our country as we prepare to inaugurate President-elect Joe Biden."

With Pence's agreement to invoke the 25th Amendment ruled out, the House will move swiftly to impeach the president today.

Meanwhile, five Republican lawmakers, including third-ranking House GOP leader Liz Cheney of Wyoming, announced they would vote to impeach Trump on Wednesday, cleaving the Republican leadership, and the party itself.

Trump faces a single charge — “incitement of insurrection” — in the impeachment resolution after the most serious and deadly domestic incursion at the Capitol in the nation’s history.

Pfizer vs. Moderna: Is one better than the other?

As more people get in line for COVID-19 vaccines, we're getting more questions about the vaccines that are currently available.

In the United States, only vaccines from Pfizer and Moderna are available under emergency use authorization. AstraZeneca is gearing up for distribution in Europe and Johnson and Johnson's vaccine is in the final stages of its clinical trial.

Here are answers to some of your biggest questions about the vaccines.

Back on the ice 🏒

Your Stanley Cup champions will be back on the ice tonight!!

The Tampa Bay Lightning are taking on the Chicago Blackhawks at Amelie Arena. The puck drops at 8 p.m.

The opener will not have fans in attendance because of rising COVID-19 cases in the Tampa Bay area.

Don't worry, we have everything you need to know about watching at home here.

RELATED: How to watch the Tampa Bay Lightning's season opener