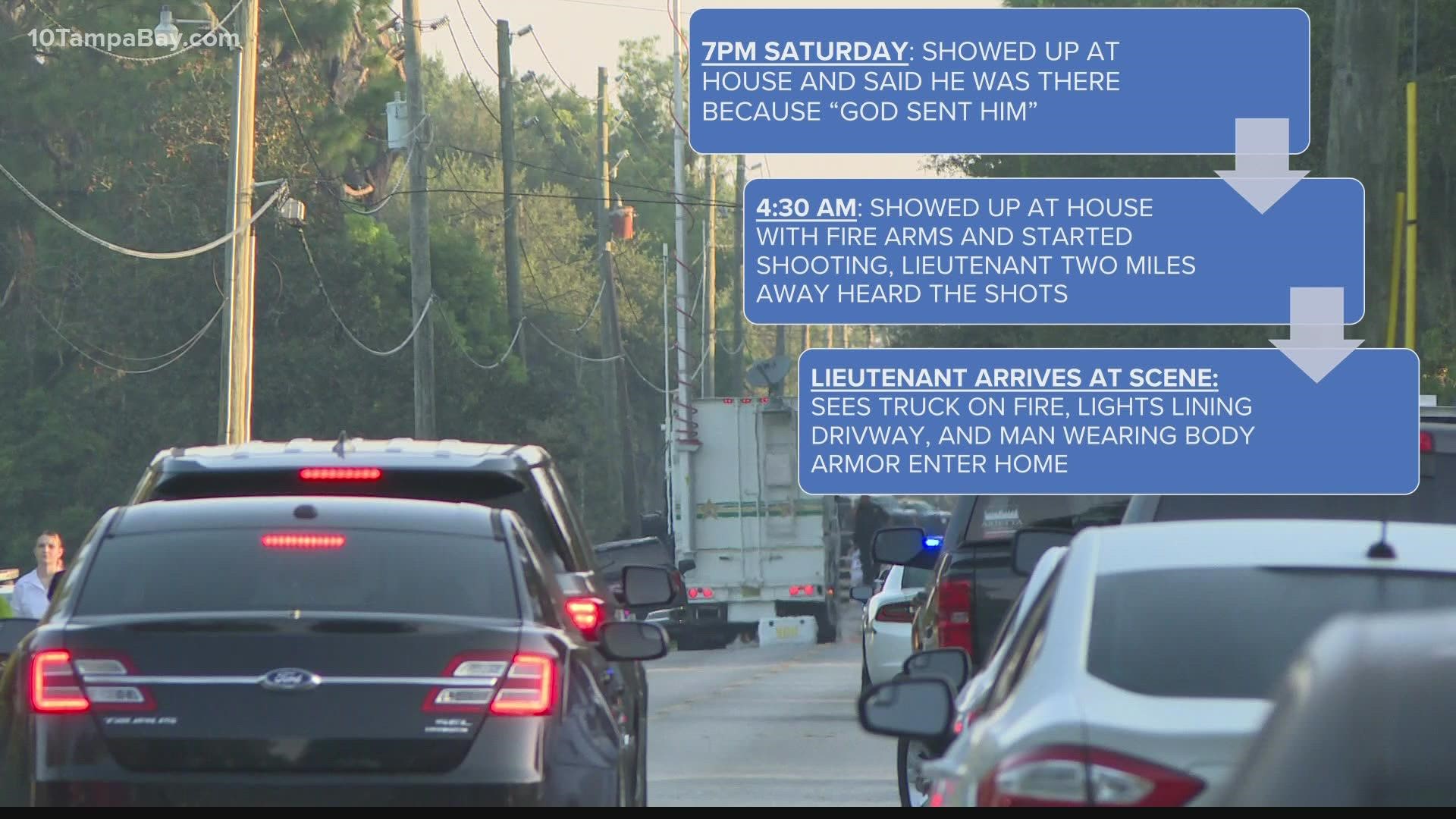 POLK CITY, Fla. — Good morning, Tampa Bay! It's Labor Day — whether you're kicking up your feet, getting ready to get together with friends and family or starting your workweek — thanks for waking up on the Brightside with us!

As you start your day, here are a few things you need to know.

Ex-Marine who killed 4 in Lakeland to appear in court

“This man killed four people this morning, tried to kill our deputies and then gave up,” Sheriff Grady Judd said Sunday during a news conference.

Deputies say an 11-year-old girl, who is a student at Lake Gibson Middle School, was found in the house. She'd been shot seven times. She was airlifted to the hospital and is expected to survive.

Judd says Riley was a Marine for four years before being honorably discharged and spending three years in the Reserves. He did tours in Iraq and Afghanistan and was a sharpshooter, according to investigators.

Judd described Riley as a "survivalist" and said his truck had first aid kits.

“He was ready for battle,” Judd said.

Riley is set to appear in court at 9 a.m. Monday.

Free and low-cost counseling for veterans

America's longest war is over. After nearly 20 years in Afghanistan, American troops are on their way home and headed back to their families and friends.

For many service members the transition back to the states — and for some, back to civilian life — can be tough.

The Steven A. Cohen Military Family Clinic in Tampa is ready to help returning veterans and their families.

The clinic is able to provide services both in-person and online, the same day veterans need help.

Services can be low or no cost to veterans.

While many places and businesses are closed for Labor Day, most grocery stores like Walmart and Publix will remain open, which is good news if you need some last-minute items for your barbecue.

But, if you don't feel like doing all the prep to grill out, you can pick up something instead. Several restaurants and fast food joints will be open as well including IHOP, Applebee's, and Chipotle and many others, according to USA Today.