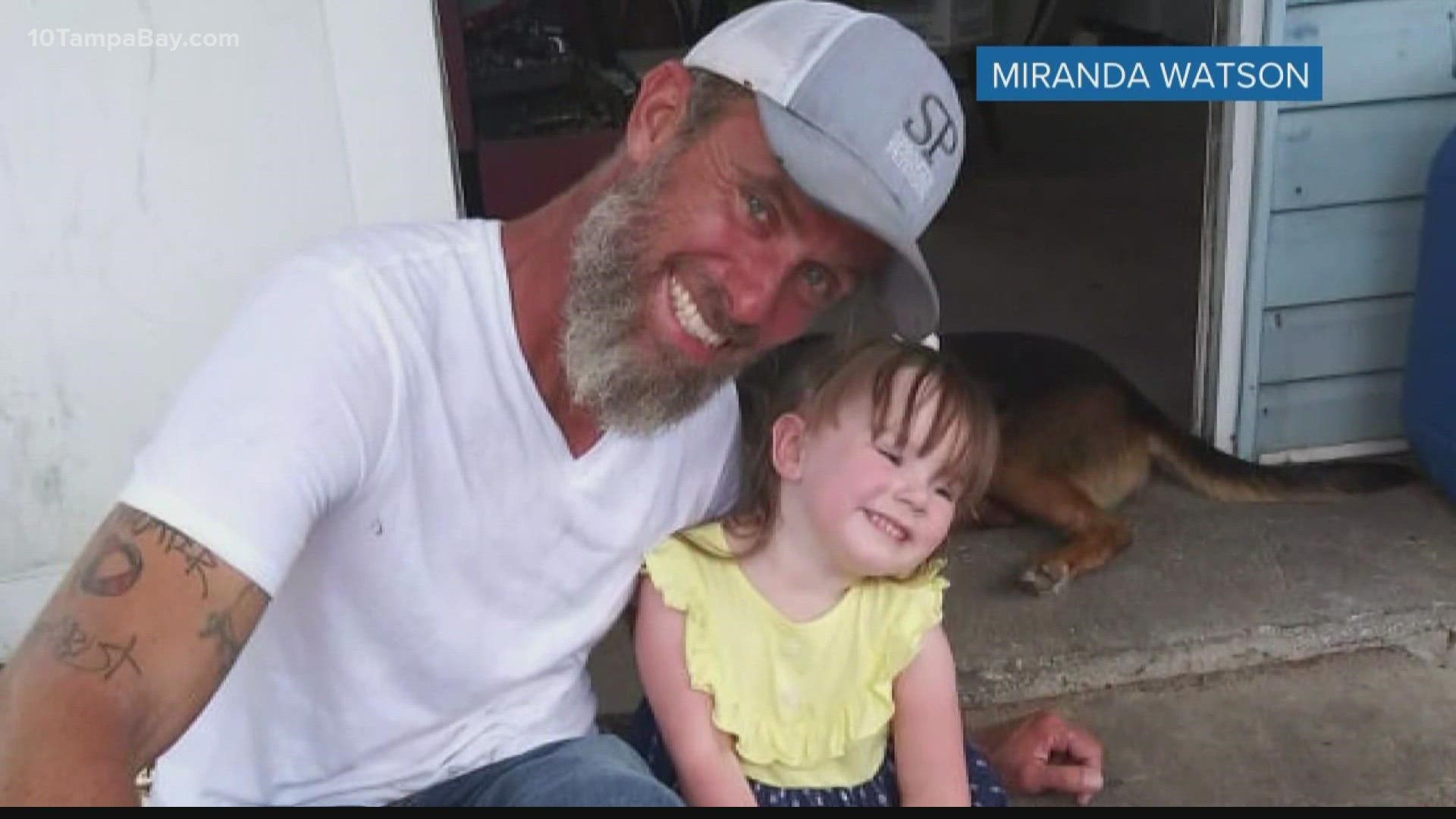 TAMPA, Fla. — Good morning, Tampa Bay! It's Tuesday, Sept. 7. As you start your day on the Brightside, here are a few things you should know.

We're still celebrating in Champa Bay! Reigning Super Bowl champs, the Tampa Bay Buccaneers, are hosting a free swag giveaway for fans ahead of the first matchup of the season.

The team is celebrating the 2021 season by hosting a drive-thru event at Raymond James Stadium.

You can get a free 'Raise the Flags' car magnet, a three-by-five foot Buccaneers flag and a washable spray paint decal put on your car.

You can also see Captain Fear, the Bucs Beat Line and the cheerleaders!

The drive-thru is located at the south parking lots at Raymond James.

'His smile could light up a room'

Justice Gleason, 40, was one of four people shot and killed early Sunday morning in Lakeland.

His name is the only one of those killed authorities have publically released.

Before dawn Sunday, detectives say a stranger barged into a Lakeland area home, shot and killed Gleason along with a 33-year-old woman and a 3-month-old baby in her arms.

In a nearby house on the property, a 62-year-old woman was also found dead.

The accused gunman didn't know them. Those who did are grieving and searching for answers.

Miranda Watson says she and Gleason were good friends for over a decade. They have a daughter together.

Having to tell her daughter that her father had been murdered was a conversation Watson says she never believed she'd have to prepare for.

Watson says while her little girl won't have a father, she'll always be his daughter.

"She has his eyes, his smile, his fun-loving attitude," Watson said.

Polk County Sheriff Grady Judd identified the gunman who killed Gleason as 33-year-old Bryan Riley, a former Marine and Reservist who did tours in Iraq and Afghanistan as a sharpshooter.

RELATED: 'His smile could light up a room': Loved ones mourn man killed in Lakeland shooting

The show will be co-hosted by Gayle King, Tony Dokoupil and the newest member of the team, former NFL player Nate Burleson who is an Emmy Award-winning sports analyst.

Viewers can expect to hear the iconic trumpet music as "CBS Mornings" continues to air "hard news and smart conversation in the 7 a.m. hour, while expanding feature reporting during the 8 a.m. hour."