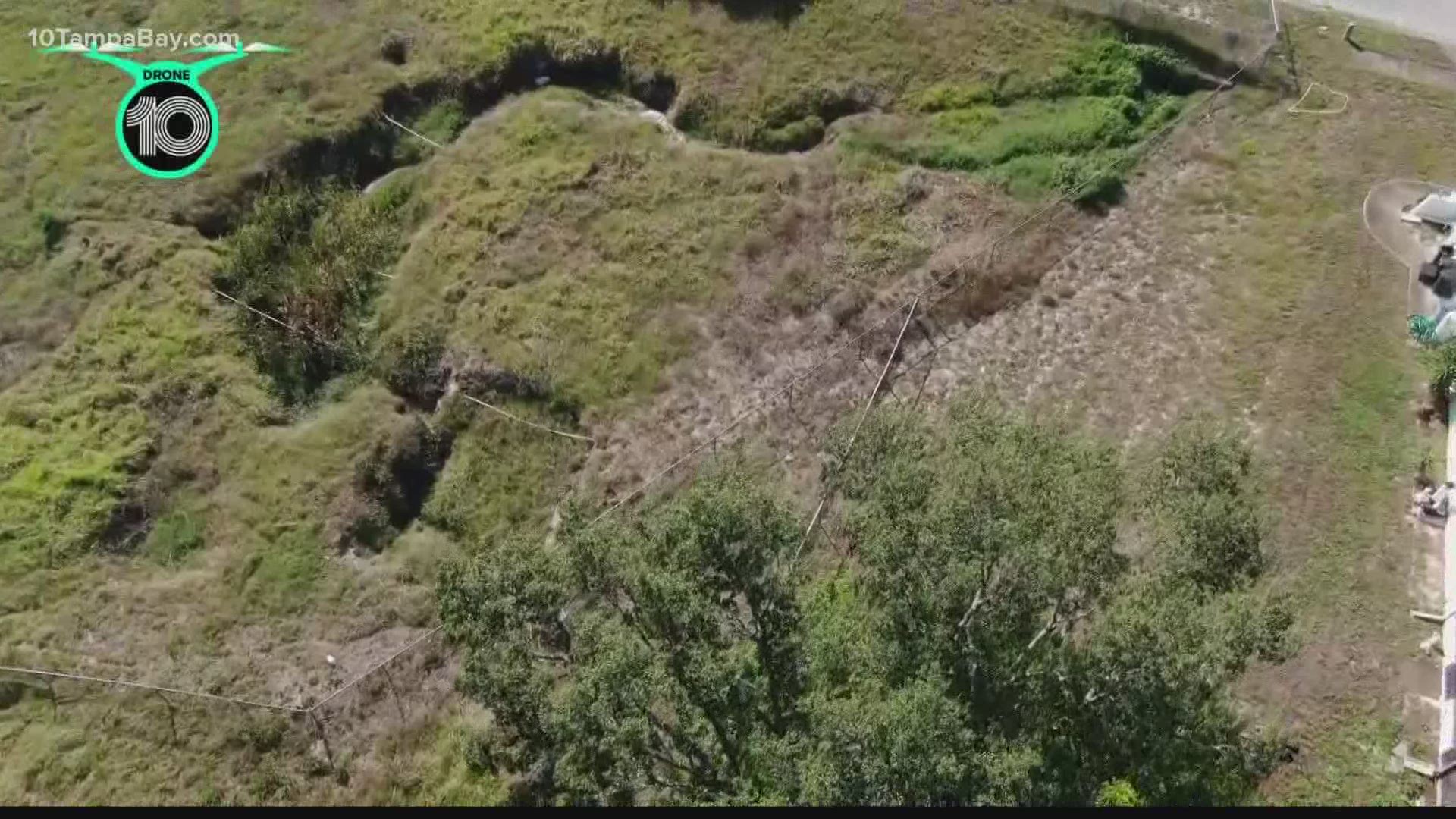 TAMPA, Fla. — Hello Tampa Bay! Where has the week gone??

'This needs to end'

It's been nearly two years after holes were first spotted in a community in Hudson, but the road is still blocked off.

More than 70 depressions have opened up in the Hudson neighborhood over the past few years. The problem lies underground.

"There's a cave system that goes from Teakwood Lane, all the way through that area up to US-19. Between droughts or heavy rains, it produced the cave system to essentially collapse to a certain extent. That led to the sinkholes that we currently see, and have impacted the community that surrounds it," Monica Santiago with Pasco County Emergency Management said.

The Operations Manager says the holes were discovered in August 2019. The road has been shut down ever since.

After applying for federal grants and getting denied, Commissioner Jack Mariano continues working to find a solution.

"It's been devastating effects for them. They've been dramatically inconvenienced with their quality of life," Mariano said.

The county is now looking into buying and demolishing the homes. The cost will range anywhere between $1-2 million.

You can find more out about sinkholes on the USGS's website.

Tampa Bay now knows which team is standing in its way from a second run at the Stanley Cup.

The New York Islanders will face the Lightning in the semifinals of the playoffs after defeating the Boston Bruins on Wednesday in Game 6 of their series.

The bolts have some history with New York. Tampa Bay eliminated them in six games during last year's Eastern Conference Final. You know, the same year the Lightning won it all.

Game 1 has not been announced yet, but after a back-to-back competitive series, chances are the Lightning will be ready to scrap come game time.

Teens see crypto as the future of finance

Cryptocurrency: the most basic definition is that it's a digital currency that can be used to buy goods and services unregulated by a third party.

Since it's such a foreign concept to use a currency not backed by a government, many shy away from it. Not to mention it's not exactly easy to understand. But like most technology, teens are grasping it and jumping right in.

A recent study of 7,000 teens by an investment company showed 9-percent of them have traded cryptocurrencies. That's pretty significant for a currency many of us struggle to understand.

>You can read why one teen opted to invest here.

RELATED: Tampa teen believes cryptocurrency is the future of finance