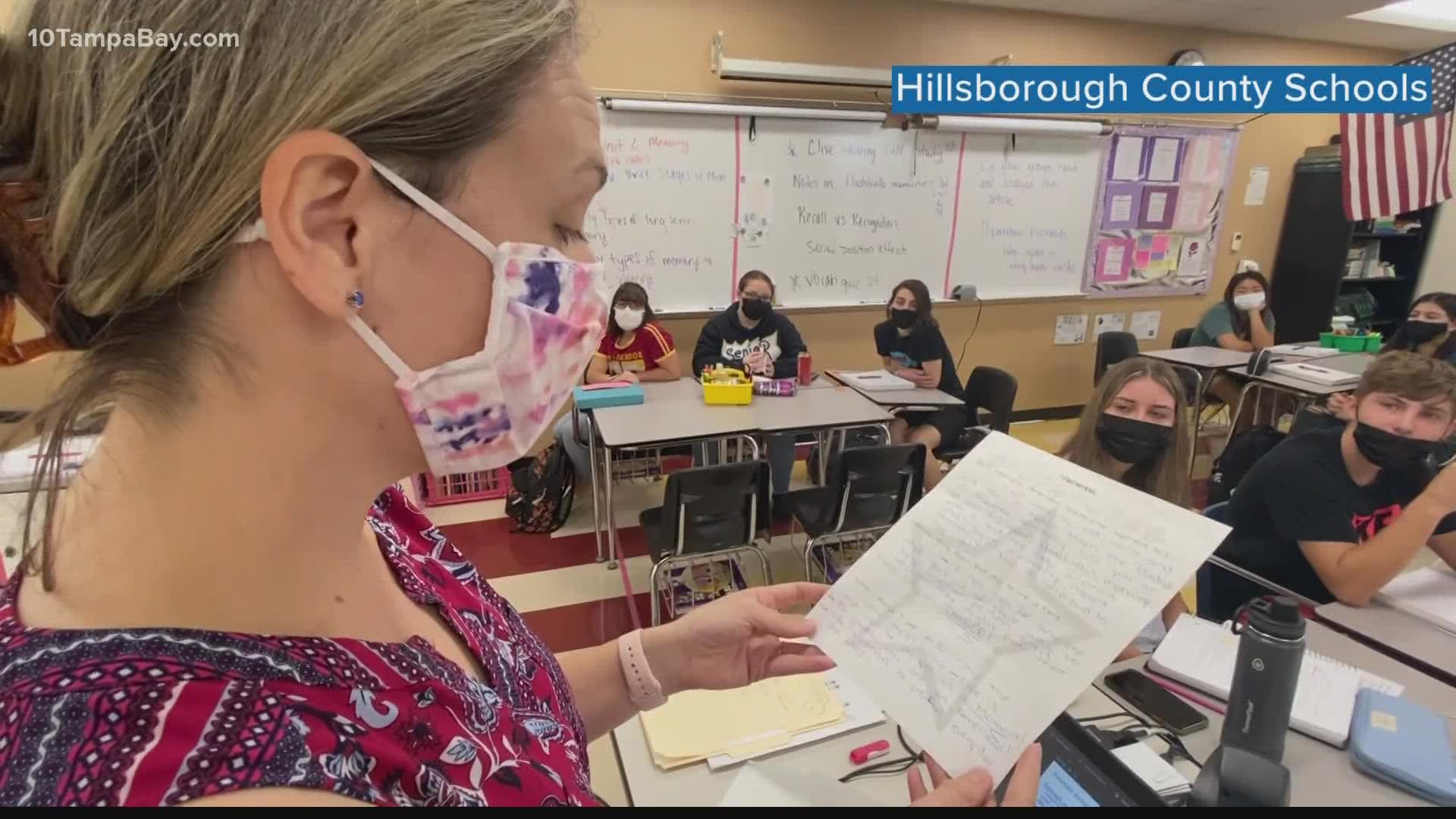 TAMPA, Fla. — Good morning, Tampa Bay! It's Friday – we made it to the end of another workweek. As you get ready to step into the weekend, here are a few things you need to know.

Saturday marks the 20th anniversary of Sept. 11, 2001, where 2,977 people were killed in terror attacks at the World Trade Center, the Pentagon and in Somerset County, Pennsylvania.

Here in the Tampa Bay area, communities remember the day and reflect on the 20 years since.

The coordinated attacks on Sept. 11, 2001, were planned by the militant terrorist group al-Qaeda. One of the leaders of that group, Osama bin Laden, was recognized by many Americans for his long beard and turban. The turban that men of Sikh faith wear quickly became a target post-9/11.

10 Tampa Bay's Thuy Lan Nguyen sat down with members of the Sikh Society of Tampa Bay who shared their experiences after 9/11.

Some were targeted in school as elementary students, others were targeted with verbal threats, one was even shot at while driving.

One man says his turban has always been a target of discrimination but after 9/11, the vitriol directed at him became more common. His story is similar to many others of the Sikh faith.

Despite the rise of discrimination, many people also cited the incredible kindness that was shown to them.

Listen to their stories here:

How do you help someone understand a day that has forever changed the way we live if they weren’t yet born?

One Hillsborough County teacher is using what’s become somewhat of a time capsule to help her students grasp what happened on 9/11.

Strawberry Crest High School teacher Lauren Leto, has a letter to herself from a reflection assignment she wrote one year after the Sept. 11 terrorist attacks.

Now, twenty years after the tragedy she’s sharing the same letter with students who weren’t yet born on the day that changed everything.

Leto says, she wants her students to understand the distinct difference between life before 9/11 and after.

RELATED: Hillsborough County teacher explains 9/11 to students who weren't born at the time

One way of remembering that tragic day and honoring the lives lost is through the many memorials located across the Tampa Bay area.

You can pay your respects at a miniature model representation of the twin towers that contains an actual piece of the World Trade Center.

Or visit one of the most recognizable memorials in Tampa — the 9/11 Fallen Heroes Memorial in Ybor City that depicts first responders helping to rescue someone from the rubble.

Other memorials include structures engraved with the names of firefighters who served on 9/11, the new Rise 9/11 memorial in St. Pete that includes a 4,000-pound rusted, mangled piece of steel beam from the World Trade Center, and Patriots Park in Venice.