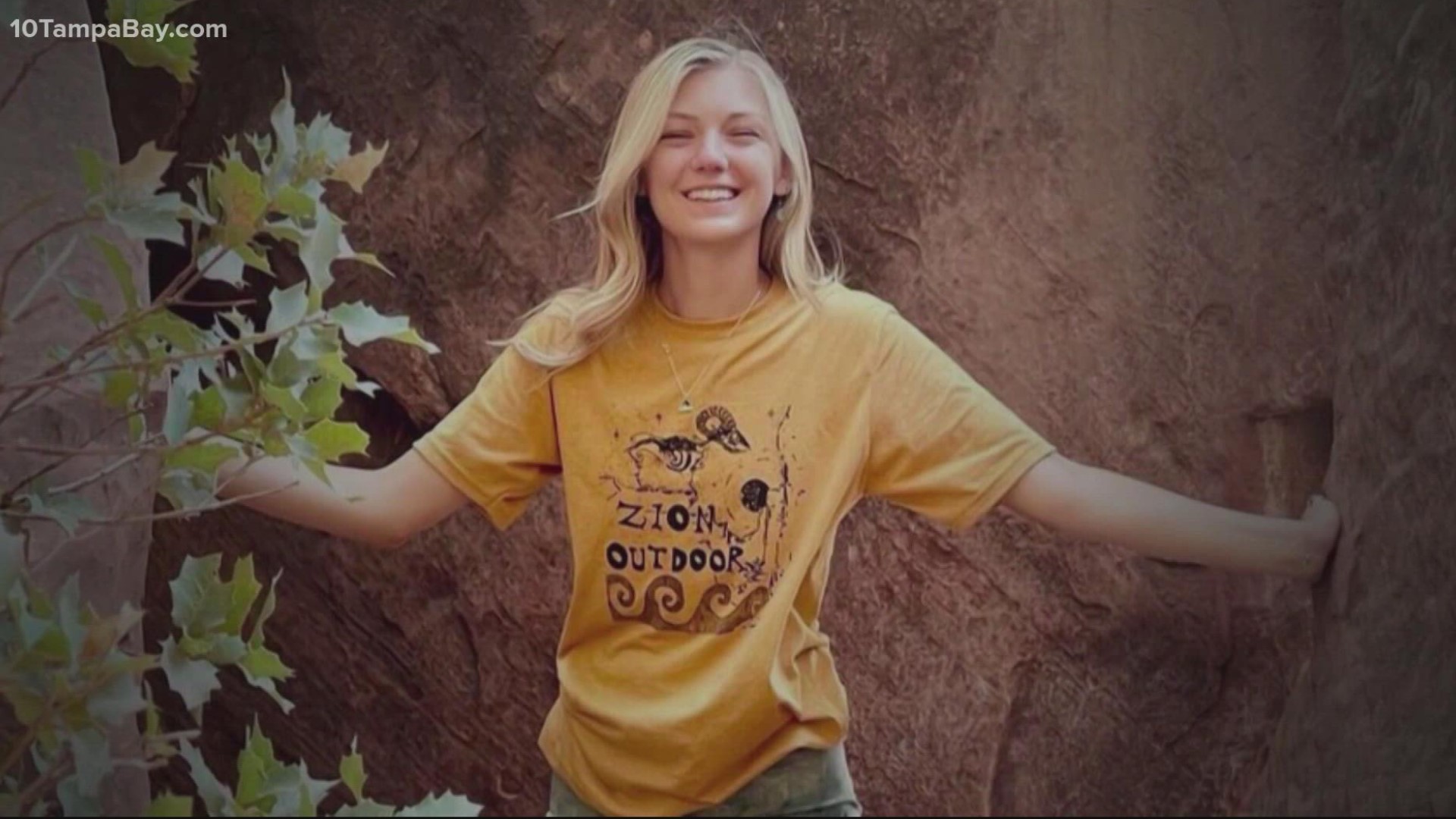 NORTH PORT, Fla. — Good morning, Tampa Bay! It's Monday, the start of another workweek. As you start your day on the Brightside, here are a few things you need to know.

Heartbreaking news in the nationwide search for Gabrielle "Gabby" Petito.

The FBI on Sunday said a body matching her description was found in the Bridger-Teton National Forest. Her family was notified, agents said.

Still, authorities are still conducting full forensic testing to confirm with 100-percent certainty that the human remains are hers.

"On behalf of the FBI personnel and our partners, I would like to extend sincere and heartfelt condolences to Gabby's family," said Charles Jones with FBI Denver, as his voice quivered with grief.

The cause of death has not yet been determined.

"She touched the world," her father Joseph Petito tweeted.

Gabby Petito vanished during a cross-country road trip with 23-year-old fiancé Brian Laundrie, who is considered a "person of interest" in the case. He is currently unaccounted for.

RELATED: The disappearance of Gabby Petito: What we know so far

Where is Brian Laundrie?

He is considered a person of interest in Petito's disappearance after coming home from a cross-country road trip without her, authorities say.

Last week, Brian Laundrie’s lawyer told 10 Tampa Bay his whereabouts were "currently unknown." He proceeded to add that Brian was last seen by his parents the morning of Sept. 14.

Saturday, search efforts for Brian began in the vast Carlton Reserve, the North Port Police Department reported. His family told authorities, they believed he entered the area earlier that week. This area covers more than 80 miles of hiking trails.

RELATED: Where is Brian Laundrie? Focus shifts to fiancé in the disappearance of Gabby Petito

It was a big night at the 2021 Emmys for streaming services.

Netflix's "The Crown" and "The Queen's Gambit" combined with Apple TV+'s "Ted Lasso" to sweep top series honors, a first for streaming services.

Netflix won a leading total of 44 awards, equaling the broadcast network record set back in 1974, by CBS.

After garnering its first drama series nomination in 2013 with "House of Cards," it finally won the category this year.

However, the Emmys proved disappointed to those scrutinizing diversity in Hollywood. The record number of nominees of color yielded only two Black winners, including RuPaul for “RuPaul’s Drag Race” and star-creator Michaela Coel's writing award for “I May Destroy You.”