Flashback Friday: Whale sharks in the Gulf of Mexico

Scientists say, even though sightings may not be common, whale sharks are out there. 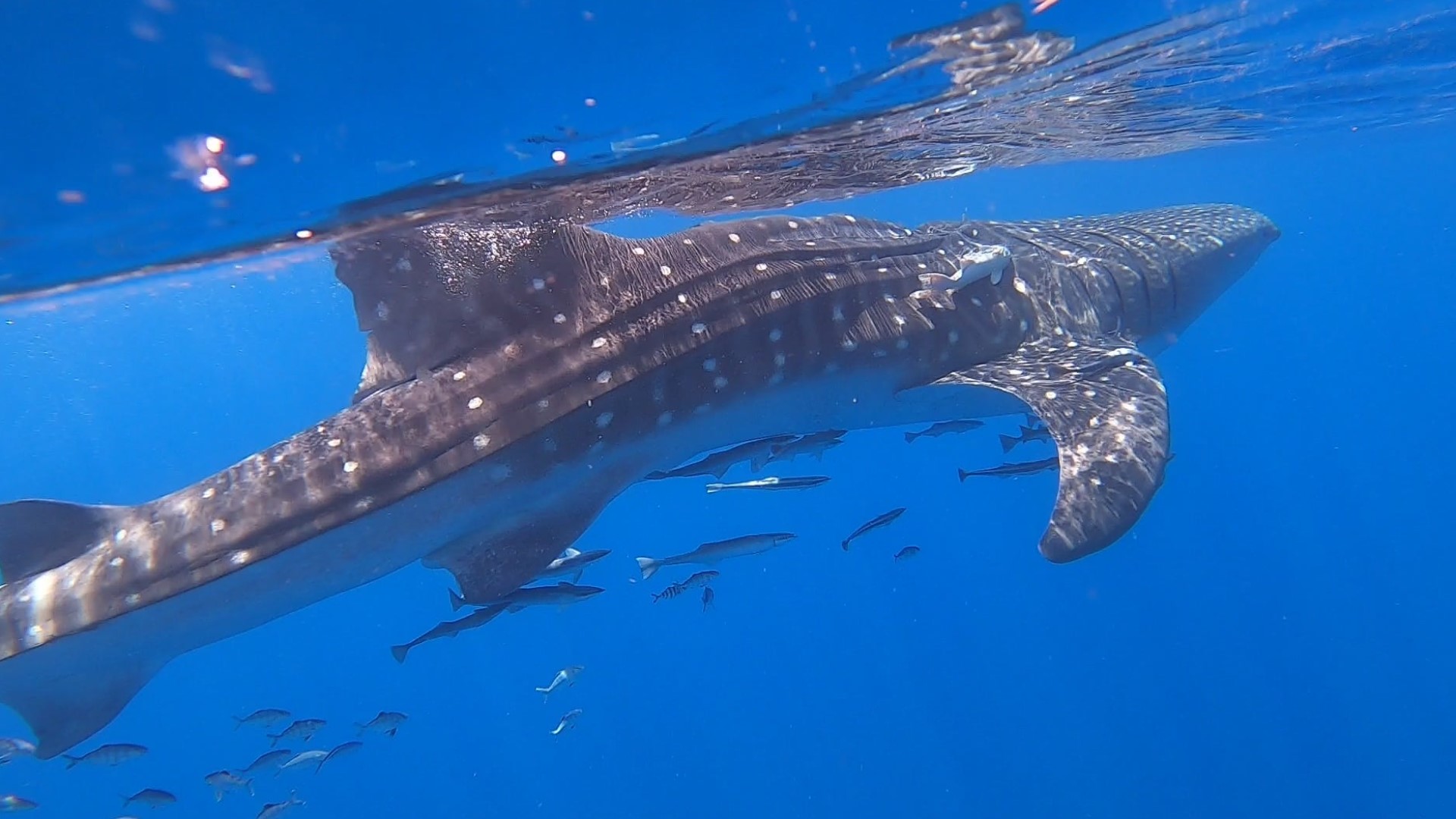 Flashback Friday! The video above is from last month, when boater, Rick Beasley, captured a video of a whale shark off the coast of Venice.

It's a type of shark we don't necessarily expect to see but, as we round out shark week, here's what we know about whale sharks.

Scientists say, even though sightings may not be common, whale sharks are out there. The large fish spend the summer and fall season in the northern Gulf of Mexico.

The big, slow-moving animals filter-feed like whales, however, they're considered sharks due to having cartilage, not bones. Whales are also mammals, while sharks are fish.

Here's a link to the live Georgia Aquarium "Ocean Voyager Webcam." It’s the only place you can see whale sharks in captivity in the U.S.