Good morning Tampa Bay! Thanks for starting your week on the Brightside with us. 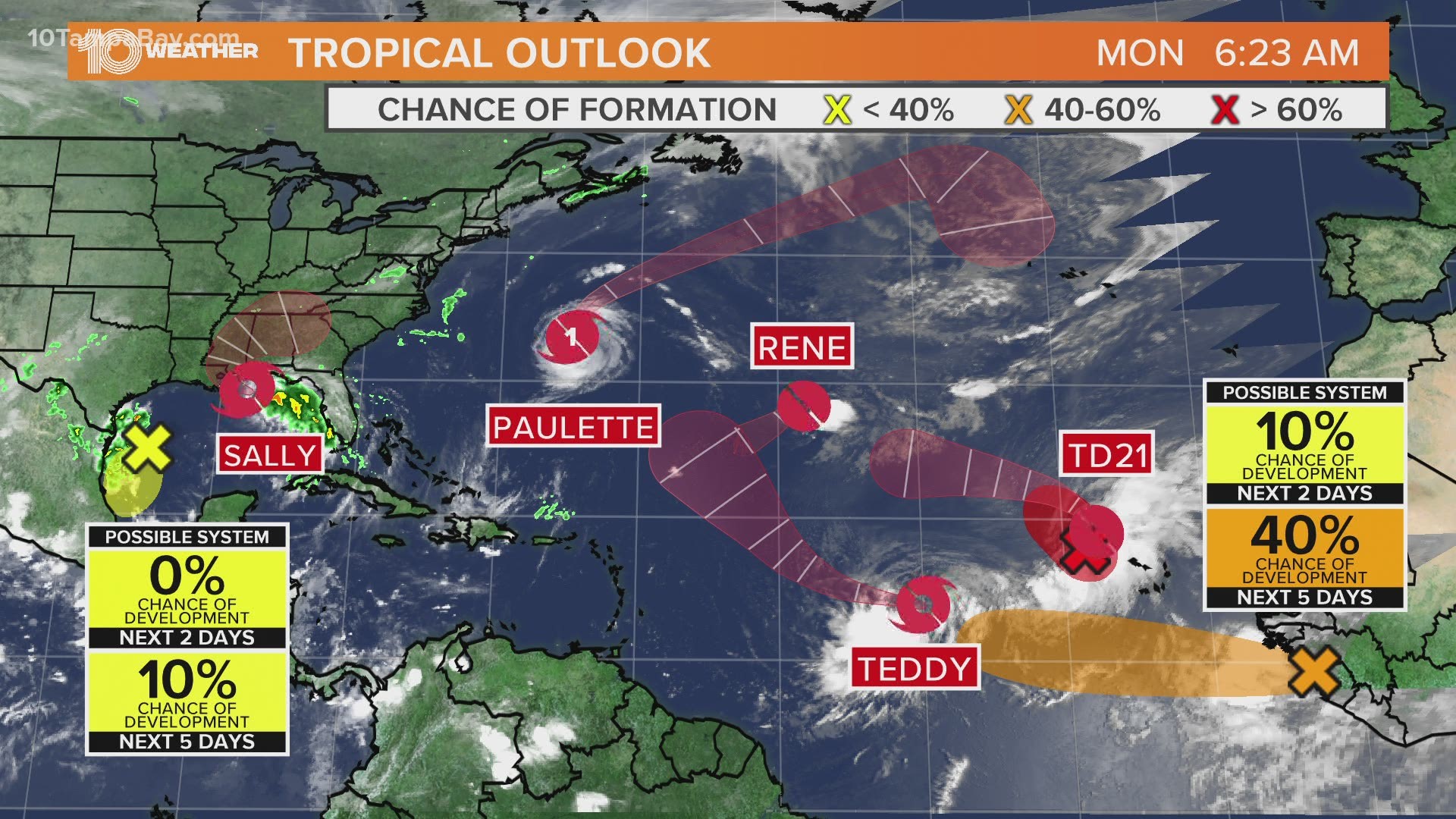 TAMPA, Fla. — Good morning Tampa Bay! It's a great start to the workweek.

Beginning today, students in Pasco and Manatee counties will be able to eat for free.

At the end of August, the U.S. Department of Agriculture extended flexibilities through the end of the year, allowing summer meal program operators to keep serving free meals to all children this fall.

Some districts have offered free meals for a while now. The Hernando County School District has been offering free meals to all students since 2018. You can learn more about Hernando's program here.

The tropics are staying busy.

Tropical Depression 21 formed in the eastern Atlantic early Monday morning. It is expected to be short-lived this week with no threat to the U.S. NHC says Tropical Depression 21 could see slight strengthening today and tonight, and it could briefly become a tropical storm during that time before weakening occurs on Tuesday

Teddy is the earliest named "T" storm on record, beating Tammy which formed on Oct. 5, 2005.

Tropical Storm Sally continues its trek away from the Tampa Bay area and into the Gulf of Mexico, where it is forecast to become a hurricane before landfall.

Starting today, bars across Florida will be able to reopen at half capacity. The announcement came somewhat unexpectedly after bars were shuttered in June.

Rainy and stormy start to the week ⛈️

Sally is moving to the west through the Gulf of Mexico, but with most of the rain remaining on the right side of the storm, some showers will stick around. Winds will become less breezy throughout Monday, flowing out of the east-southeast 5-15 mph.

Mostly cloudy skies stick around Monday, and with deeper moisture still present, heavy downpours are possible through Monday and Tuesday. The afternoon heat will trigger showers and storms, so we'll see better rain chances after 2 p.m.

The heavy rain associated with some of these storms could lead to some minor urban flooding.