The man known around the country as The Polk King, Jan Lewan and his music partner Alex Meixner shared the true life story of “The Polka King.” Lewan’s story was made into a Netflix movie starring Jack Black, and satirizes his move to America from Poland, legal trouble, time in prison and release. Lewan is now touring the country sharing his story to music. The duo perform at the Pope John Paul II Center in Clearwater Saturday. To learn more, check out alexmeixner.com.

If you have an interesting segment idea, send an email to mrancourt@wtsp.com. 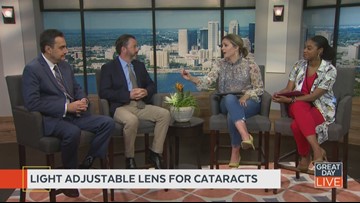