This is all about holding on to power, even if demographics are shifting. 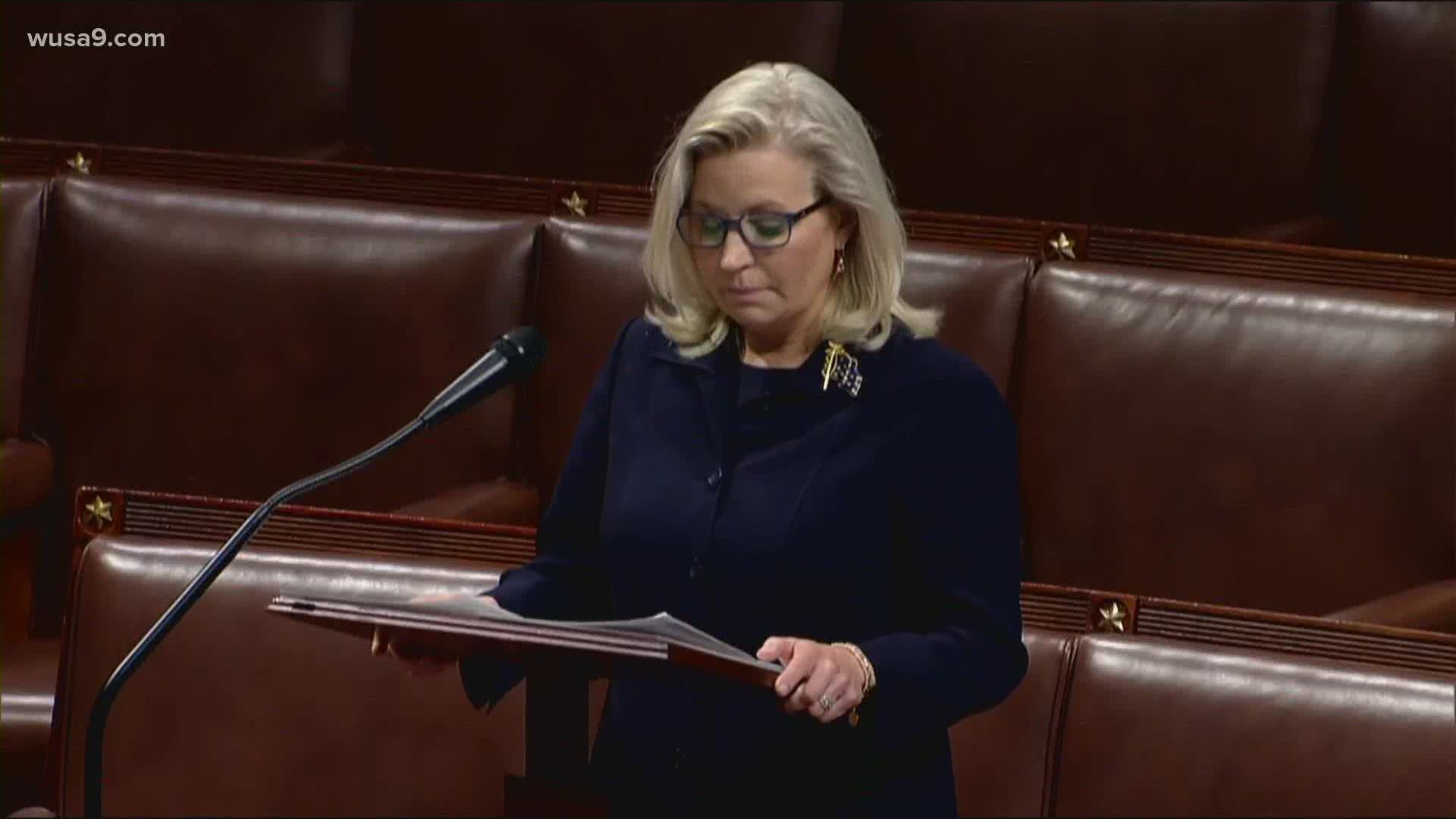 WASHINGTON — On Wednesday, House Republicans will vote on whether to remove Wyoming Congresswoman Liz Cheney from her leadership position as the third-highest ranking Republican in the House.

Representative Cheney is being punished for not supporting the baseless claim that the 2020 election was stolen from former president Donald Trump. It's a position she did not back down from Tuesday on the eve of the vote.

"We must speak the truth. Our election was not stolen, and America has not failed," Cheney said.

Liz Cheney is no great moderate, but in the current Republican party, either you're a Trump supporter or you're not.

Many congressional Republicans are sticking with the big lie that the election was stolen.

This, despite a former senior cybersecurity official stating that the last election was the most secure in U.S. history.

This is all about holding on to power, even if demographics are shifting.

What's puzzling to me is why don't Republicans come up with new ideas that are more in sync with the change in demographics?

Instead, they continue to try to rig the system in their favor.

The two-party system is broken if one party isn't willing to work with the other side, at least occasionally.

Just like Mitch McConnell vowed to make Barack Obama a one-term president, he says 100% of his focus now is stopping the current administration...

That's not governing, or doing your job.

RELATED: Tim Tebow's NFL comeback is good for the game | Hear Me Out