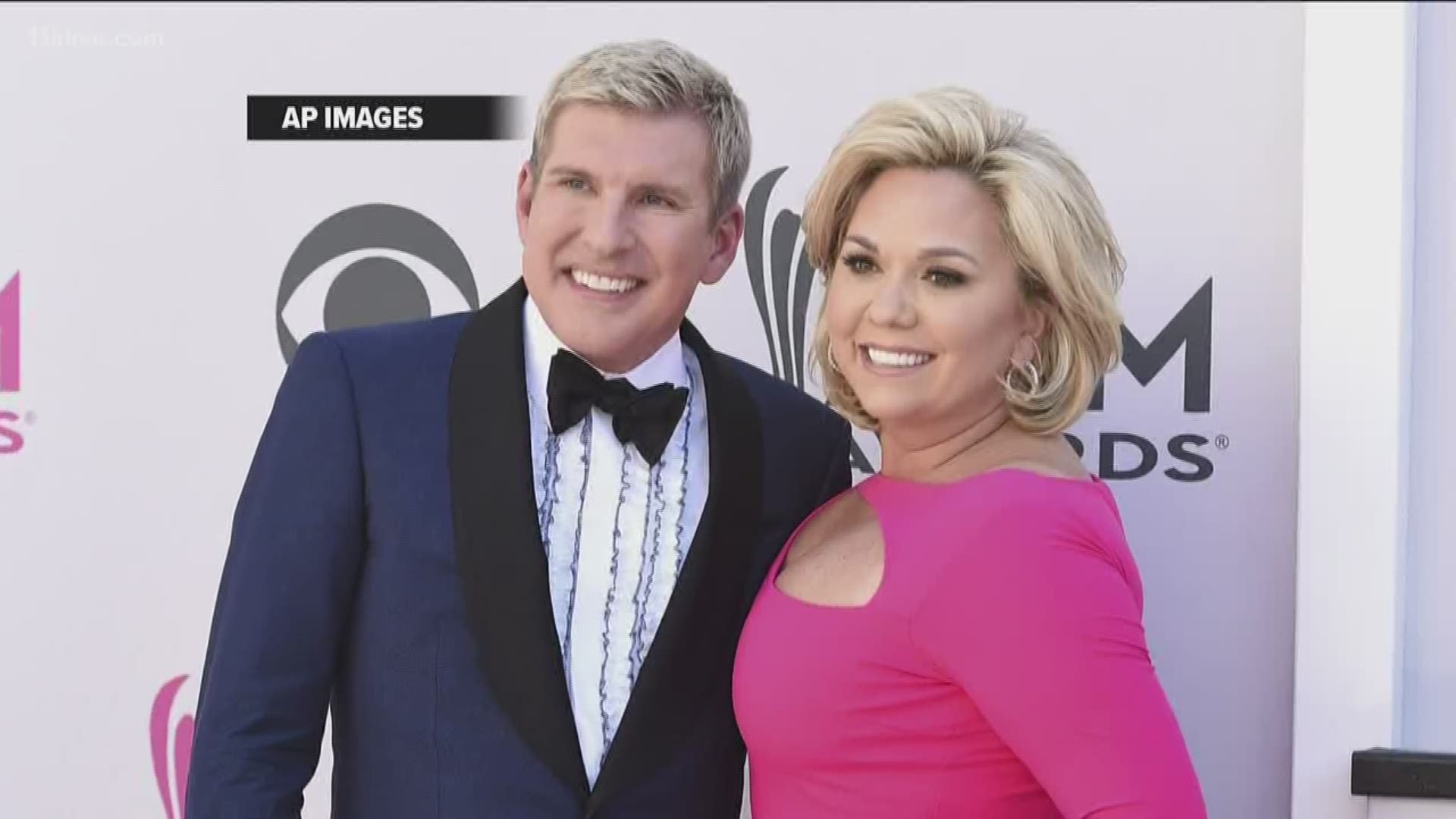 ATLANTA — One of Georgia’s most popular reality TV show couples has been indicted by a federal grand jury on multiple financial charges.

In a statement released Tuesday afternoon, US Attorney Byung J. "BJay" Pak said the Chrisleys allegedly conspired to defraud numerous banks by providing false information including personal financial statements with false information and fabricated bank statements when applying for and receiving millions of dollars in loans.

“Todd and Julie Chrisley are charged not only with defrauding a number of banks by fraudulently obtaining millions of dollars in loans, but also with allegedly cheating taxpayers by actively evading paying federal taxes on the money they earned,” Pak said in a statement. “Celebrities face the same justice that everyone does.  These are serious federal charges and they will have their day in court.”

According to Pak, Todd and Julie are also charged with conspiring with their Roswell-based accountant, Tarantino, to defraud the Internal Revenue Service.

Pak said that the Chrisleys allegedly did not timely file income tax returns for the 2013, 2014, 2015 and 2016 tax years or timely pay federal income taxes for any of those years. Instead, they, along with Tarantino, allegedly took steps to obstruct IRS collection efforts, which, according to Pak, included hiding income, lying to third parties about their tax returns and - in Tarantino's case - lying to FBI and IRS-CI Special Agents.

“I’ve never talked about this publicly before, but there’s been a cloud hanging over Julie and me and our entire family for the past seven years. It all started back in 2012, when we discovered that a trusted employee of ours had been stealing from us big time. I won’t go into details, but it involved all kinds of really bad stuff like creating phony documents, forging our signatures, and threatening employees with violence if they said anything. We even discovered that he illegally bugged our home. Needless to say, we fired the guy and took him to court --- and that’s when the real trouble started, “Chrisley wrote.

Chrisley says the former employee took “phony documents to the US Attorney’s office and told them we had committed all kinds of financial crimes, like tax evasion and bank fraud”.

The statement was shared along with a family photo of the entire family who appear in the USA Network unscripted series.

“Growing Up Chrisley,” a spinoff of “Chrisley Knows Best” currently airs on the network. The show follows Todd’s children Savannah and Chase.  The star posted a clip of an upcoming episode as the indictment was announced.

Fans of the show shared outpouring support for the family in the comments on each post.

“I’m telling you all this now because we have nothing to hide and have done nothing to be ashamed of. Not only do we know we’ve done nothing wrong, but we’ve got hard evidence and a bunch of corroborating witnesses that proves it,” Todd’s continued in his statement.

At a Tuesday afternoon news conference, Pak said that the penalties for some of the charges they face could be up to 30 years in prison. He said that he planned to seek prison time for each of the defendants in this case.

Pak said that he had received word that the Chrisleys would surrender to federal authorities on Wednesday, while Tarantino was expected to turn himself in by Thursday.

MORE FROM THE A SCENE!

Killer Mike, The Juicy Crab come to resolution after complaint of roach on table