Thirty-nine of the rescued tigers featured in the Netflix hit “Tiger King” are now free to roam in Colorado. But, the facility is struggling amid the pandemic. 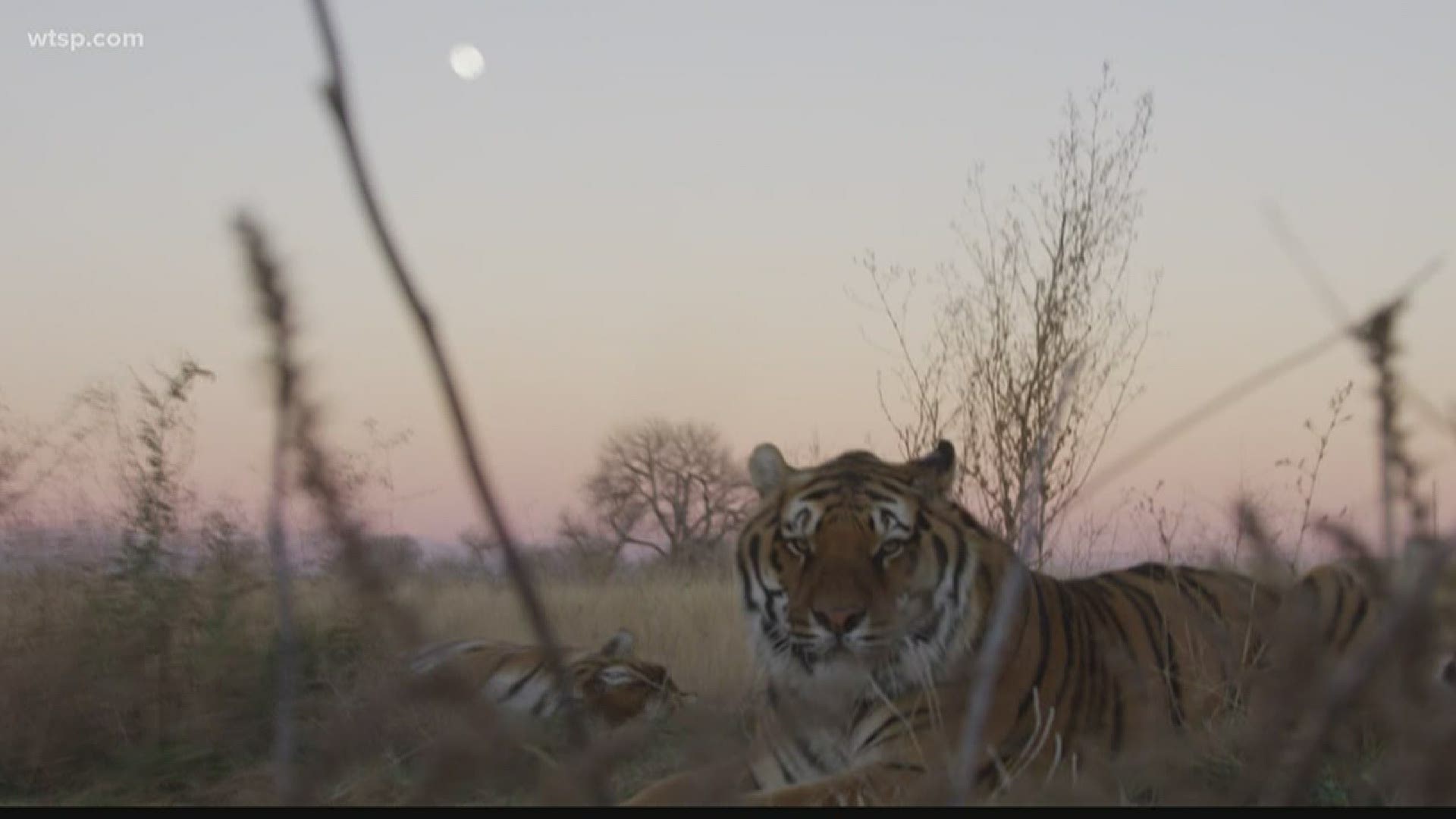 COLORADO, USA — Tiger King remains a top viewed documentary on Netflix, after being seen by millions of people who are staying home in quarantine.

Fireball, Pearl, Enzo and 36 other cats featured in “Tiger King" were rescued from Joe Exotic in 2017 and taken to The Wild Animal Sanctuary near Keenesburg, Colorado.

"They came to us in pretty poor shape as you can imagine, they were malnourished and had dry brittle coats, you could see their bones" said Kent Drotar, public relations director of The Wild Animal Sanctuary.

Though the animals are able to frolic on hundreds of acres of open land and socialize with other big cats, the coronavirus outbreak is impacting the sanctuary's donation pool.

The Wild Life Animal Sanctuary is a nonprofit and has worked to rescue animals for nearly 40 years, never receiving government funding, relying on visitors, donation, and community support.

On the property, the sanctuary holds more than 500 animals ranging from big cats to bears and even bald eagles. The animals are able to consume up to 80,000 pounds of food a week. The facility relies on nearly $700,000 dollars worth of donated groceries a month to feed the animals.

"People have lost their job, so some people have had to withdraw their support all together, with all the stockpiling of food we're not getting nearly as much of food donations as we normally do," Drotar said.

Before the coronavirus outbreak the sanctuary would welcome tens of thousands of visitors each year, but that source of income has come to halt given stay-at-home orders.

"The cost of food for all of the animals can average around eight and a half million dollars a year. On top of that, we're starting to get into hungry season because our 200 bears are starting to wake up from hibernation," Drotar continued. "We're asking our supporters to help us if they can and to not forget about the animals. Because they depend totally on us as human beings when  living in sanctuaries."

The Wild Life Animal Sanctuary worked with the PETA Foundation to rescue the tigers from Exotic's private ownership. Currently, animal protection advocates are in support of a bipartisan bill that would outlaw most private ownership of big cats and ban public contact with such animals, a practice they say encourages intensive breeding and mass dumping when the animals get too large for petting.

The bill is known as the Big Cat Public Safety Act, and the directors of “Tiger King” believe that since the release of the documentary the bill has been able to generate momentum with lawmakers.

To find out more about the Wild Life Sanctuary and ways to support them as a nonprofit, visit their website.