WrestleMania 37 heading to Tampa in 2021

The "annual pop-culture extravaganza" is set to take place from April 10-11 at Raymond James Stadium. 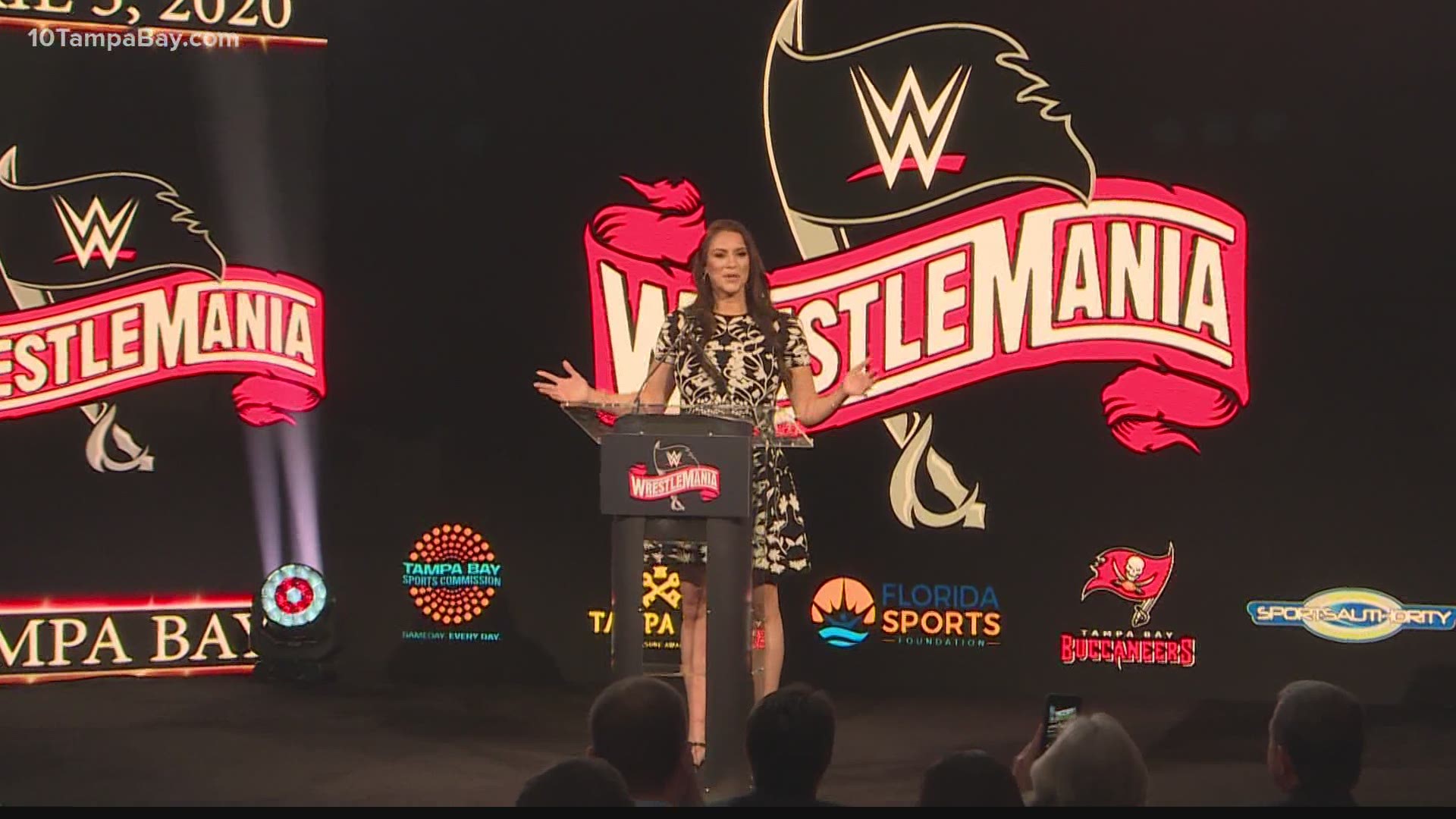 TAMPA, Fla. — WrestleMania is coming back to the Bay! WWE made the announcement Saturday along with the locations for the event in 2022-23.

The "annual pop-culture extravaganza" is set to take place on April 10-11 at Raymond James Stadium. And fans better get ready for things to get "BUC-wild" this April, according to the WWE.

“Florida is excited to welcome back WrestleMania to Tampa in April at Raymond James Stadium," Gov. Ron DeSantis said, in part. "WrestleMania will bring tens of millions of dollars to the Tampa area and we look forward to hosting more sporting and entertainment events in Florida this year."

Tampa Mayor Jane Castor shared the same excitement as the governor, sharing that the news was "the perfect comeback story and marks a clear indication that our beautiful city is poised to bounce back stronger than ever."

WrestleMania 36 was supposed to bring a heavy influx of revenue to the Tampa Bay area in 2020, but the coronavirus pandemic forced the event online. Losing the event, among others, last year caused the Tampa Bay area to miss out on "hundreds of millions" in revenue.

At the time, Rob Higgins, the executive director of the Tampa Bay Sports Commission, tweeted a statement, saying "we are saddened" but "this is totally the right call."

This year, he's ready to welcome the event back.

"After Team Tampa Bay's more than 10-year pursuit of WrestleMania ending with us not being able to safely host this past April, we naturally could not be more excited to have WrestleMania 37 land right back at Raymond James Stadium a year later," Higgins wrote on Twitter.

WrestleMania 38 is set for Arlington/Dallas in 2022, while WrestleMania 39 will take place in Inglewood/Los Angeles in 2023.

RELATED: Tampa Bay is out 'hundreds of millions' in lost revenue dollars from canceled events