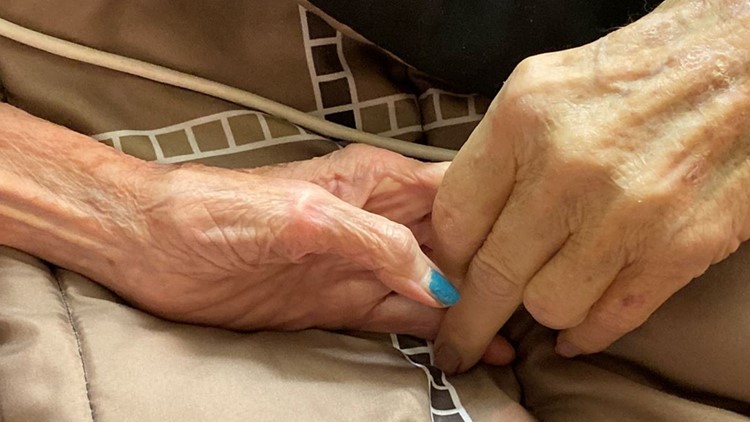 Photo by: Photo from Alicia Diedrich

ST. LOUIS — A St. Louis area couple who had been together for 65 years, died on the same day at a nursing home together.

Both were being cared for at Woodlands Nursing Home and Alternative Hospice.

According to the St. Louis Post-Dispatch, about a year ago, Harriet tripped while walking their dog and broke her pelvis and hip. She had dementia and that’s when she moved into a nursing home. Jack was having trouble living alone. In September 2019, he fell and broke his neck – that’s when Harriet talked him into moving to the nursing home. The two were four doors away from each other.

The nursing staff moved their beds next to each other so they could be together in their final hours.

Harriet was 83 years old and Jack was 86 years old.

Graveside services were held for Harriet and Jack on Jan. 15.