Josiah McIntyre died a year ago after inhaling water contaminated with a brain-eating amoeba. Wednesday, his family broke ground on a playground in his honor. 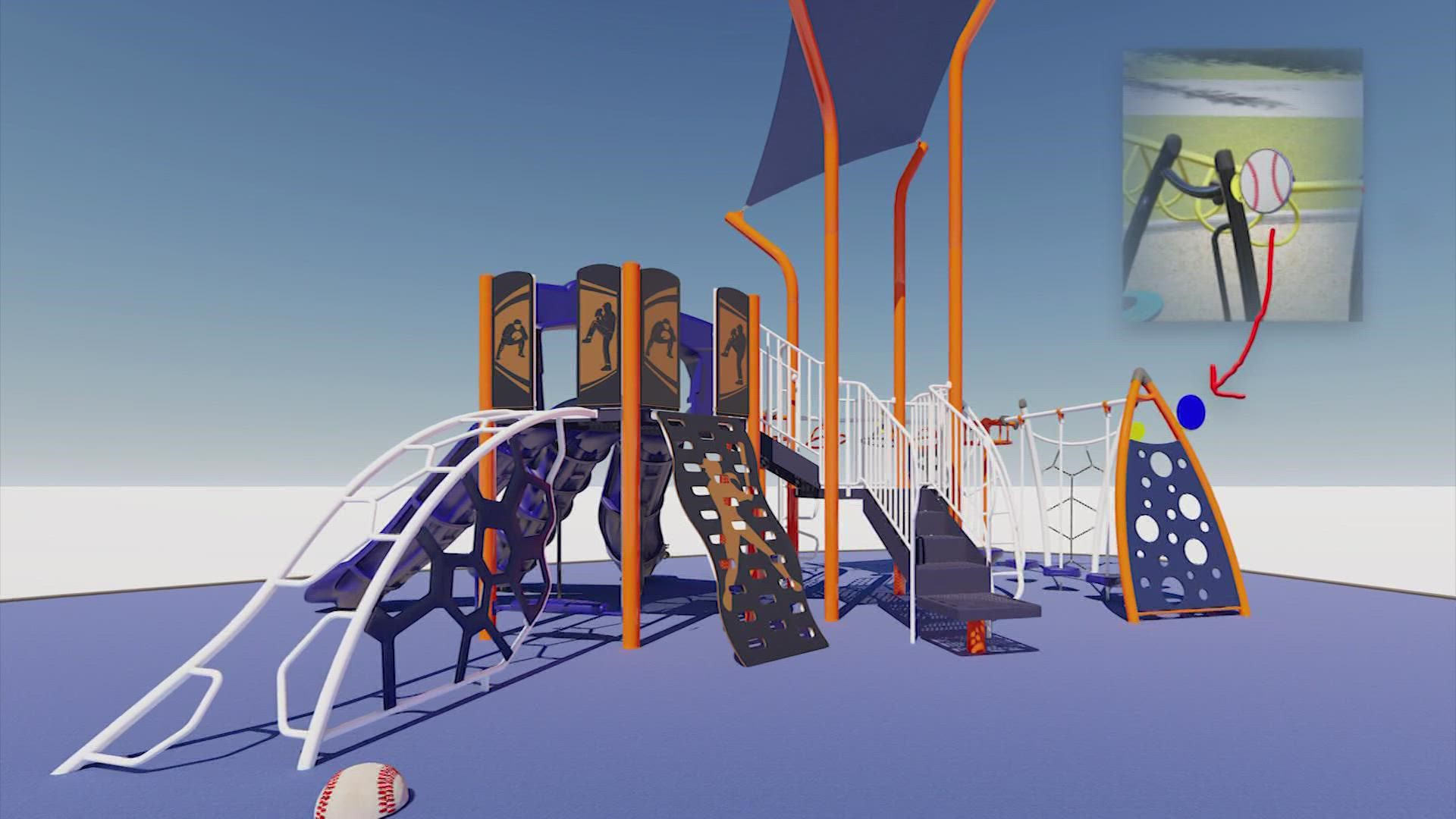 CLUTE, Texas — One year after a Brazoria County boy died from complications caused by a brain-eating amoeba found in water, there's a silver lining: The Astros Foundation is footing the $60,000 bill for a brand new, custom playground.

Staff at Madge Griffith Elementary School in Brazosport ISD broke ground on the playscape Wednesday. The entire project should be assembled and completed within the next several weeks.

The playground, which is designed for younger children, will be called Josiah’s Place in honor of 6-year-old Josiah McIntyre.

Water samples confirmed the brain-eating amoeba was found in a water hose outside McIntyre’s home and in the splashpad outside a City of Lake Jackson building.

“It was all of a sudden and extremely tragic for us,” said Maria Castillo, Josiah’s mother. “Sometimes it’s still hard to believe he’s not here.”

A year after her son’s death, Castillo is sharing bedside photos of Josiah’s last days.

Castillo said she talks to her son’s memory daily.

“I told him that today was going to be about him," she said. "And I know how much he knows that I loved him. Doing as best as we can.”

During the one month McIntyre attended first grade at Griffith Elementary, his teacher, Amanda Morhman, said the 6-year-old, “really was the life of the party. He was the class clown. I mean, everybody that came in contact with him, absolutely loved him.”

Which is why Morhman said she had to, “go big or go home. And we wanted to try for big."

Exactly a year ago, 6YO Josiah McIntyre died after a brain-eating amoeba entered his body through a Lake Jackson splash pad. Today, @BrazosportISD broke ground on Josiah’s Place- a playground funded by the @astros Foundation. Josiah was a big fan. More, on #khou11 at 4. pic.twitter.com/aZ65tWUZto

The school, which is located in Clute, Texas, first tried raising money for the playground through GoFundMe donations. But more money was needed.

Morhman said in March 2021, the Astros Foundation surprised the campus with enough money to cover the purchase and assembly of the playground.

“It’s a little piece of him that’s always going to be here,” Castillo said. “A little light in our lives.”

A beacon of hope, innocence and fun for 6-years-olds now and later.

Statement From City of Lake Jackson about changes made in the wake of Josiah McIntyre’s Death:

"Last year, the community of Lake Jackson experienced the loss of one of our own, Josiah McIntyre. When the City learned that Josiah died after contracting Naegleria fowleri we worked diligently to determine why the amoeba was present in the city’s water system.

"When we learned the amoeba was in the splash fountain, we closed it. It remains closed and, out of respect for Josiah’s family, will not reopen.

"We began a Healthy Water education campaign to teach our residents how to protect themselves from the amoeba in their homes.

"We began having active conversations with the family to determine the best way for the city to pay tribute to Josiah. These discussions continue.

"We provide lessons learned so we can work with other Texas communities to keep this devastating amoeba out of city water distribution systems."