Goat roaming around the streets of South St. Paul

South St. Paul Police officers, with the help of employees at an animal sanctuary, are trying to track down a goat -- that's been roaming around the city for months. 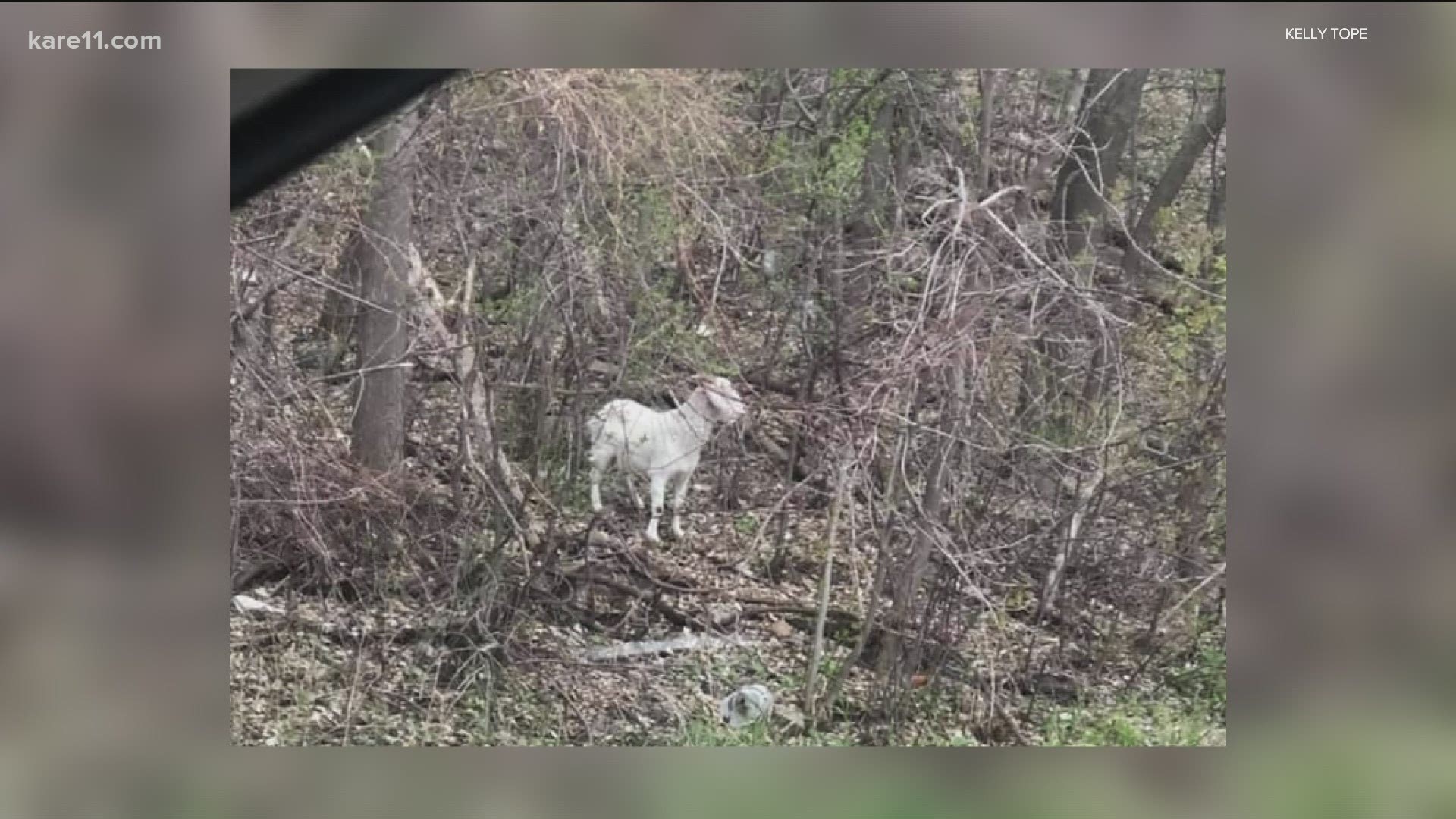 SOUTH ST PAUL, Minn. — On the hillside of South St. Paul, near the Concord Exchange, there’s a goat on the loose.

"Actually he has a home and it's right up here above our office," said Karen Lindquist, who works near where the goat has been spotted since September.

The mystery behind the missing goat is quickly becoming the talk of the town.

"He’ll make an appearance every week, week and a half," said Chris Myers.

"We just get a kick out of just seeing him," said Lindquist.

Some seem to think he’s an escapee from a nearby live animal market, simply looking for a safe space to call home. However, not if South St. Paul Police have any say in it.

They’ve been fielding several calls on sightings of the mystery goat, and have now taken to social media asking those who are lucky enough to spot the escapee, to direct their calls to Farmaste Animal Sanctuary.

"We are a farm animal rescue so we do bring farm animals here to live out their lives here with us," said Kelly Tope, Founder of Farmaste Animal Sanctuary. She went on to say, "South St. Paul Police contacted us because they knew that we had a history with that and asked us if we would help them.”

Tope knows all to well what could happen if this little one lingers around much longer.

"It's not that it’s necessarily a safety issue for the community other than the fact that if people are up there searching for the goat could go across the road and possibly cause an accident running into traffic," said Tope.

Which is the last thing those who’ve come to know and love their new neighbor want to see happen.

"He just got loose and he’s happy and free and we don’t want him to be harmed," said Lindquist

"It's kind of fun to see him just walking around up there and enjoying life as we all should," said Myers.

Leaders with the Farmaste Animal Sanctuary ask that people not approach the goat if you see it, but to give them a call instead.

Farmaste Animal Shelter is non-profit organization in the process of relocating their facilities. If you'd like to make a donation to their efforts click here.

OTHER NEWS: A supermoon is coming. Here's the best time to see it.