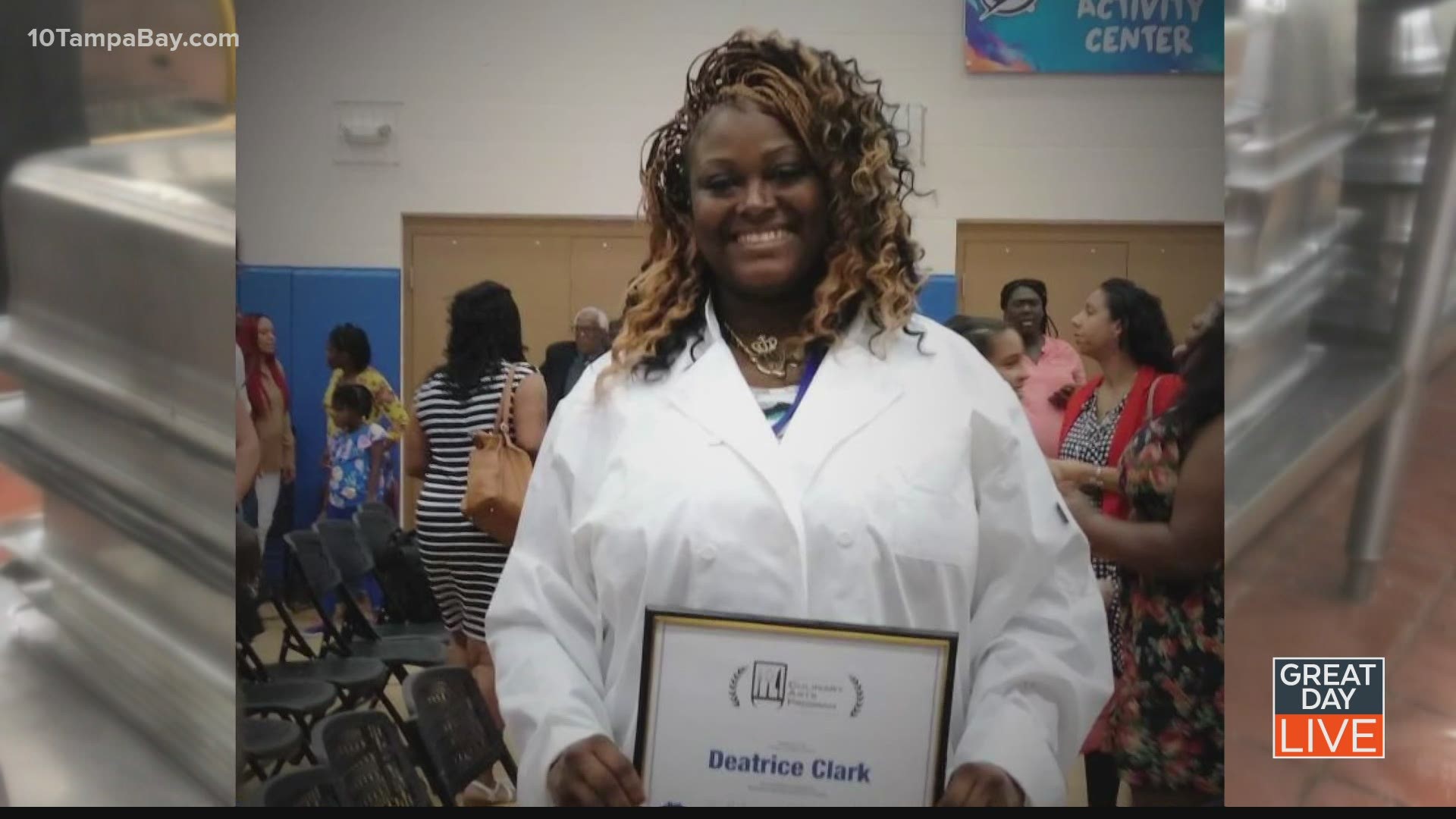 The whole idea behind the culinary program, is to teach people the kitchen skills necessary to become self-sufficient. It’s been successful. Over the past seven years, hundreds of graduates have gotten jobs at local restaurants and resorts.

Clark even opened her own café at Tampa Mall’s outdoor food court.

But despite its success, the future of the Culinary Arts Program is in jeopardy. Because of COVID-19, the program’s major fundraiser, the Tampa Bay Food Fight is forced to go virtual.

The battle between chef teams from St. Petersburg and Tampa will be livestreamed from 7 to 8 p.m. Thursday, Oct. 15. For more information and to watch the Food Fight, click here.

Viewers can watch the program for free, but organizers hope they will also participate in the auctions and donate to support the Culinary Arts Program. In order to put 100 students through the school next year, the fundraising goal is $150,000.